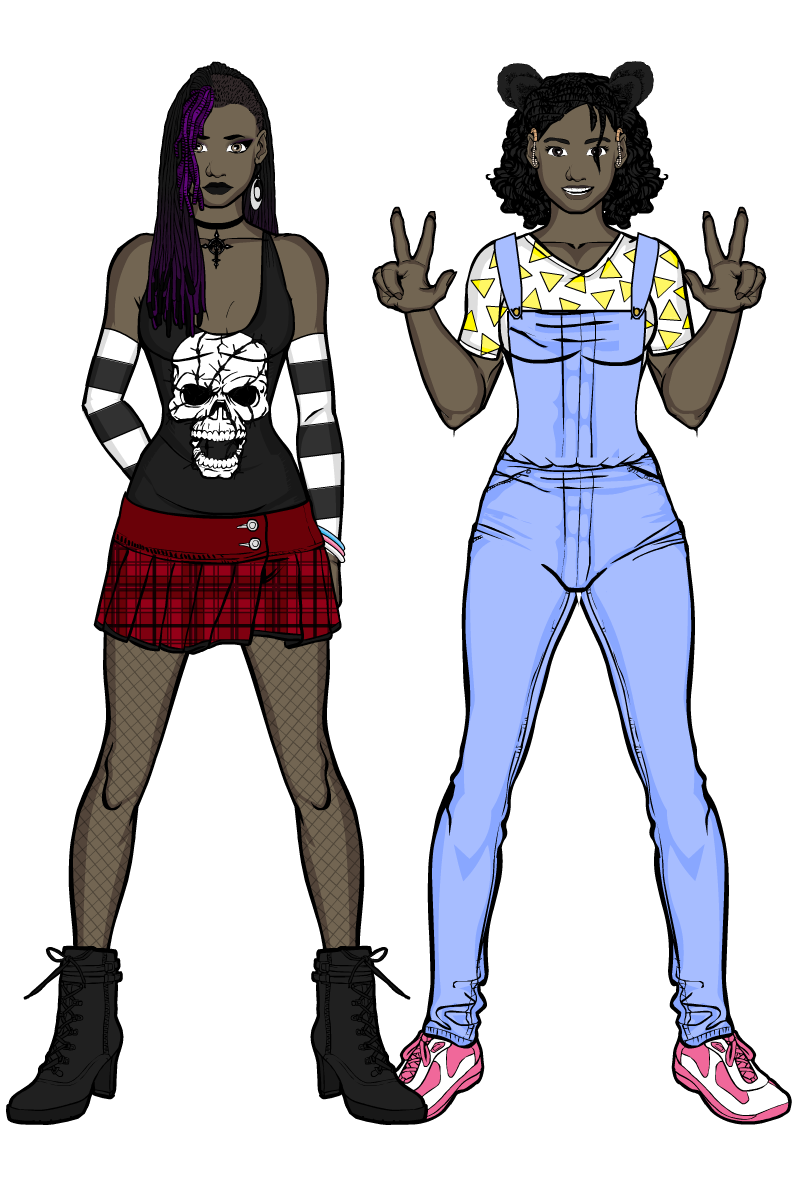 Well, I mentioned her in Trinity’s bio, so here she is, Trinity’s younger sister Maisie. As mentioned previously, Maisie is hard of hearing, for all intents and purposes she is deaf. Though she does have hearing aids that help her, she will never be able to hear in the same way that someone with normally functioning ears would. But moving past that, Maisie is an incredibly upbeat person, she is very genuine and wears her heart on her sleeve most of the time. It’s very easy to tell how Maisie is feeling, she doesn’t hide her emotions very well at all, but she’s also very good at telling how other people are feeling and if people are lying. Because she can’t hear peoples voices, she picks up non-verbal cues much quicker than most other people. She can also speak in sign language at approximately a million miles an hour, even Trinity has trouble keeping up with her sometimes, which doesn’t help if Trinity is having to translate for someone who can’t read sign language.
Also, Maisie has, let’s say, dubious fashion sense. When Trinity first started to transition, she went out shopping with Maisie to get some more feminine clothes. As one might expect, Maisie’s choices were appauling and didn’t get picked at all.