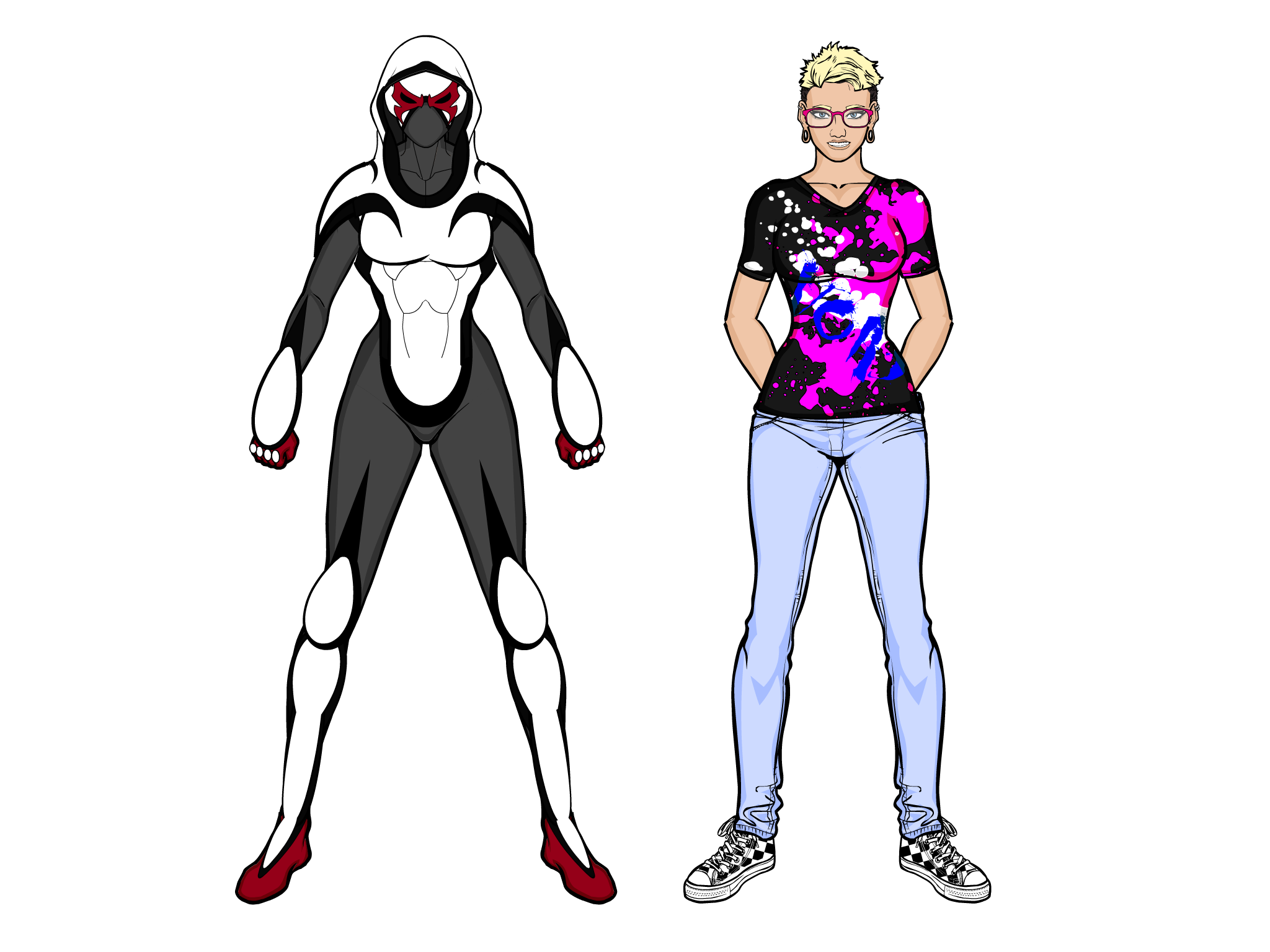 Bio: Formerly known as Red Kite, Kate Quinn had to abandon her former identity when she was captured and outed by Criminal Enterprises. Whilst being held by CE, Kate was also experimented on by the organisations scientists, who wanted to try to replicate her powers. Whilst they were semi-successful, they also mutated Kate’s power set. She no longer has her talons, but in their place have come a bevy of upgrades to her other abilities, now being stronger, faster and more agile than ever before. Now going by the pseudonym Nemesis, Kate switched to a new suit created by Maiti Boyce (aka Silkworm) that augments her powers further, thanks to its flexible but durable fabric that comes with the bonus of special grip pads on the gloves and shoes that give Kate the ability to stick to and move around on practically any vertical or horizontal surface.