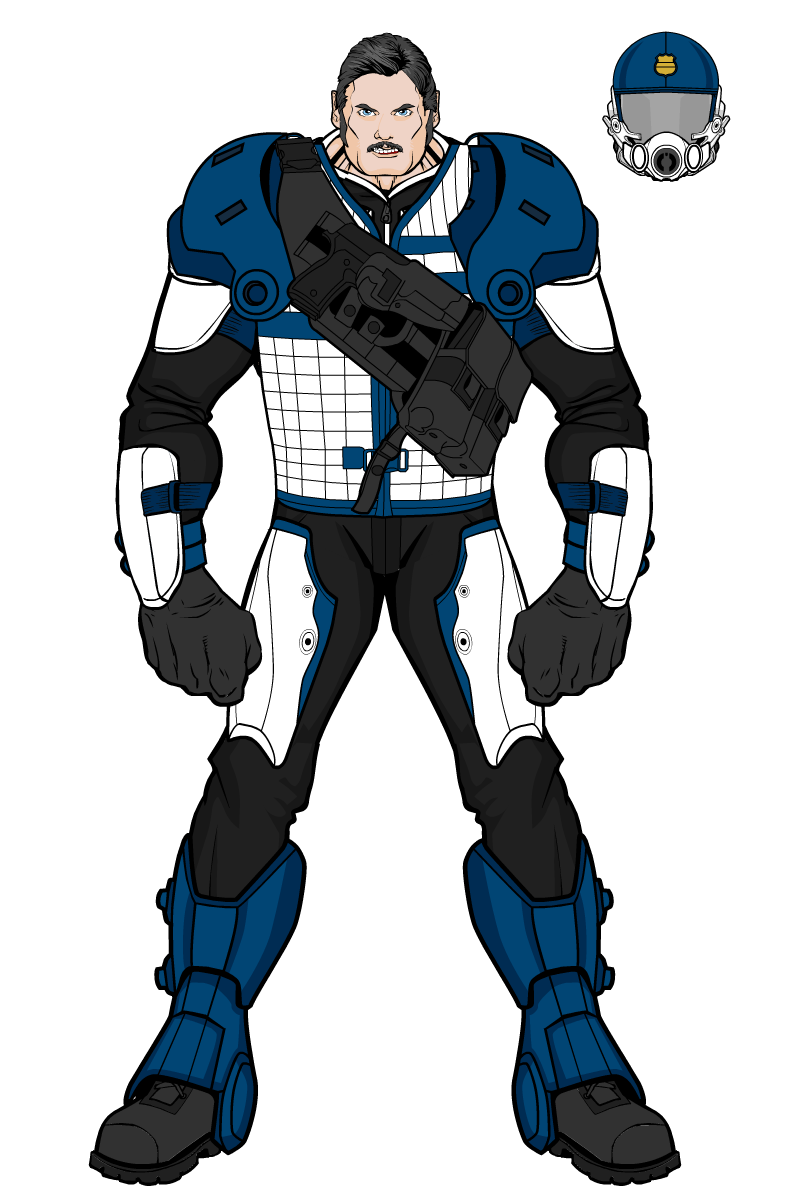 Captain Silas Connolly was just your normal everyday cop (well, one who had previously worked as a cab driver, but that’s not that important), before he gained super-powers. It’s not really clear how he got super-powers, as those born with natural powers usually manifest much earlier, though some say it might be down to Criminal Enterprises and their gene editing program, though who a cop would be working with Criminal Enterprises is… well, let’s just say it shouldn’t be happening. With his new superhuman strength, Connolly became a police sponsored superhero, somewhat of a mascot for the force if you will. And as you might expect, he was a smash hit with anyone who only saw him on TV. He has managed to take down some supervillains, like Major League and Spectrum. And he did once manage to beat Earthshaper from Pride, although Earthshaper wasn’t fighting back and Connolly was trying to arrest him for a crime commited by someone else, so it probably won’t be in the highlight reels. Problem is, he’s a bit too zealous when it comes to exercising his new powers, he’ll often use them when inappropriate for the situation just because he can, and he has gotten quite a few complaints, even from members of the superhuman community,with whom Connolly has had numerous fights and is not popular (he’s even been given the nickname The Brute by certain members of the community because, well, he is). Fortunately, he hasn’t killed anyone (if you don’t count that time from before he got his powers, when he shot the man in the back as he was running away, but that was ruled as in self-defence and therefore justified. Oh and that time where he accidentally punch a man into the pavement trying to subdue him during a traffic stop. What Connolly was doing making a traffic stop is unknown, he’s only meant to be fighting supervillains now). More worryingly however, is his apparent friendship with Christian Adamson, aka White Hope from The Golden Cross, and the fact that his Uncle is a confirmed member of The Knights of Purity. Of course, none of this matters to his fellow officers (well apart from that one snitch who got kicked from the force a few months ago for complaining too much about officers “not following procedure” and “being to violent”), who all seem to look up to Connolly and don’t try to reign him in when he gets a bit out of hand.