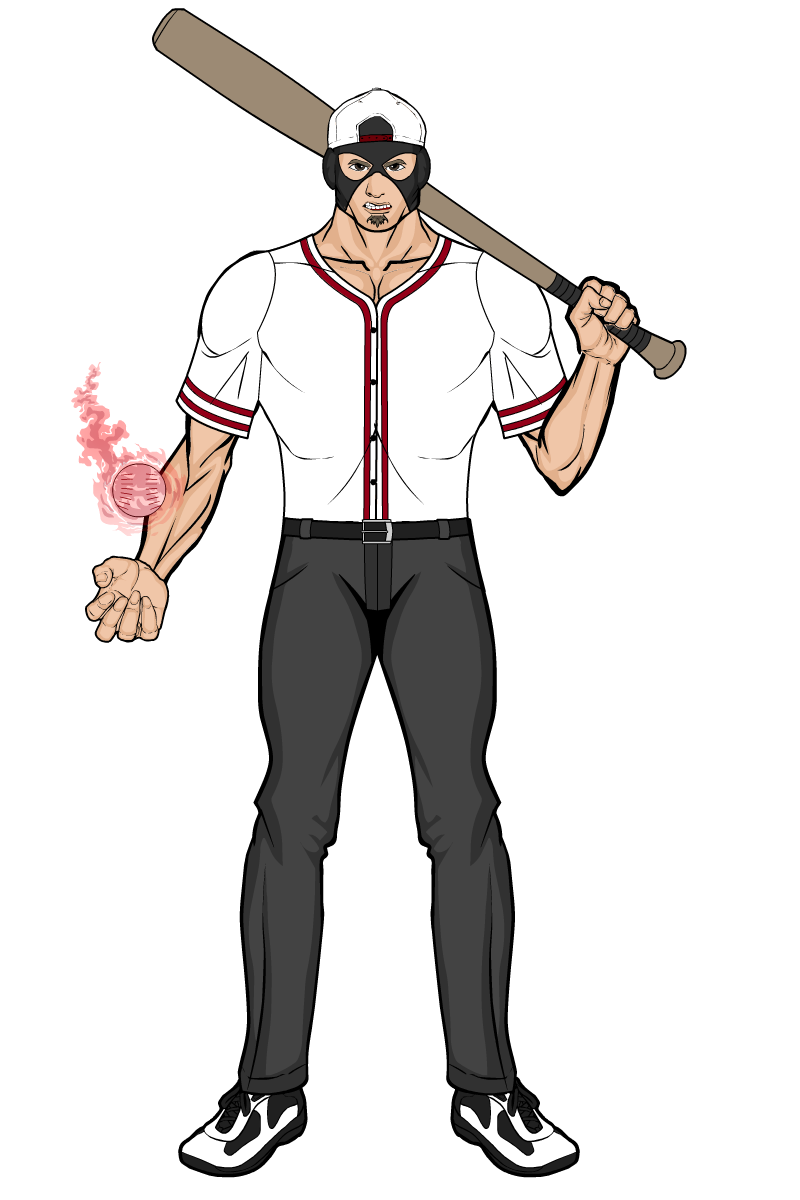 Ever since he was young, all Clinton Quade wanted to do was be a pro-baseball player. Not just any player though, he wanted to be the star, the next Babe Ruth. He did everything he could to be the best, he was always practicing, learning everything he could down to the tiniest detail on how to improve his game. Oh and he actively injured anyone who he thought would outshine him on any team he was ever on, sucked up to coaches and school management, and was basically just the worst type of jock you’d ever hope to never meet. But it worked. He got his try out with a major team, got signed… and then immediately picked up a career threatening injury in practice and got dropped from the team.

Unable to take the fact that his dream had disappeared right before his eyes, Quade set his sights on another goal. He would take out all of his frustrations on the world and become the greatest supervillain of all time. To that end, he acquired an experimental drug from Criminal Enterprises and gained the ability to super-charge objects with kinetic energy, alongside perfect aim and superhuman reflexes. Using these new powers, he donned a baseball inspired costume to become Major League, “the next big thing in supervillainy”. Unfortunately for Quade, his gimmick has made him decidedly minor league in terms of villains, and he’s now pretty much a laughing stock. I mean, have you ever tried hitting someone who is practically invulnerable with a baseball bat?