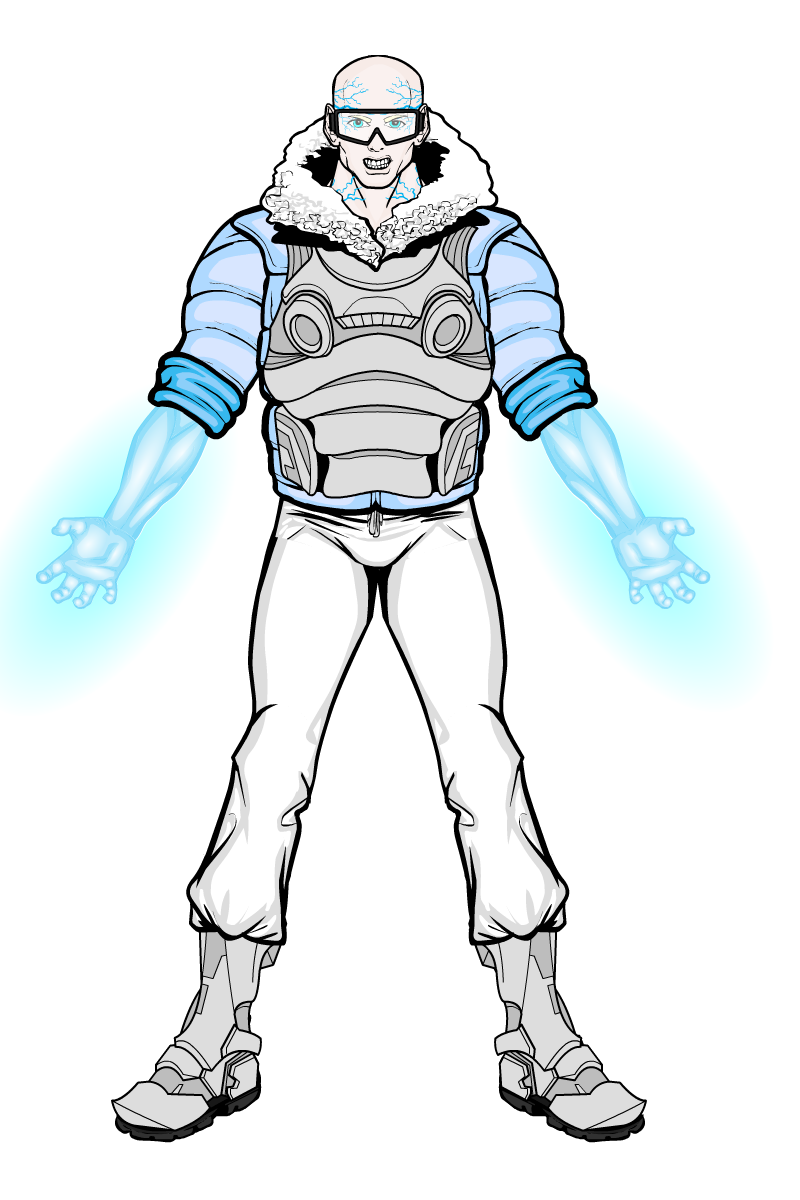 The Midas of Minus Temperatures, everything he touches turns to Cold. Thomas Nyman was once a scientist working in the field of cryogenics. However, he was caught up in a malfunction with his equipment and, though he survived (a medical miracle that even the finest doctors in the country could not explain), his body temperature was lowered to such a state that his touch now instantly freezes anything that he comes into contact with, including his wife and children. Unable to lead a normal life and cut off by the company he worked for, he turned to a life of crime, at first to punish his former employers for casting him out and then as a means to fund his own research into reversing his condition.