@Jeimuzu- Cheers dude, glad you like her. I thought I’d pop in a couple of references to the original version, the glasses being one of them. 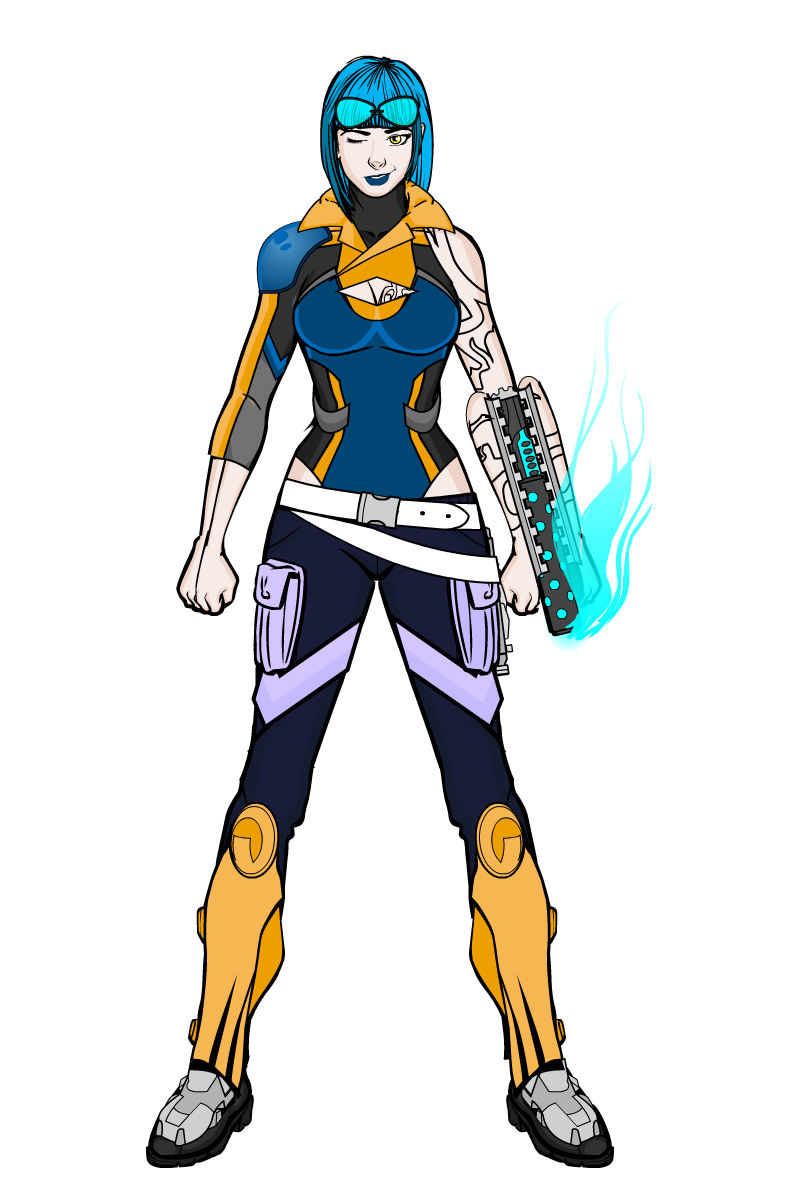 -Cyborg physiology (Self-repairation, enhanced strength/ stamina/ endurance/ durability)
-Energy Cannons
-Video Game Logic (can regenerate health by eating and drinking, can survive extreme events with minimal damage, able to Save progress and reload after death, can level up by gaining new experiances, can store an infinite amount of items on her person, able to pause time to look through her inventory, can just walk into random strangers houses without anyone questioning her)

When Cyber and Vector were hired to do an industrial espionage project by a video game company looking to get the inside scope on a rival’s new product, they were expecting a simple and easy job, no hitches. What they got was a little more than they expected and a lot more than was asked. Somehow, Cyber managed to bring a character from a work in progress game back to reality with him. That character was Sapphire, a cyborg with energy cannons built into her arms. Despite being disorientated by suddenly becoming real, she identified the pair of thieves as hostile and opened fire (as a character from an FPS is wont to do). The duo panicked and Vector teleported them out of there, leaving Sapphire trapped outside her game, in a reality that she was never meant to exist in.