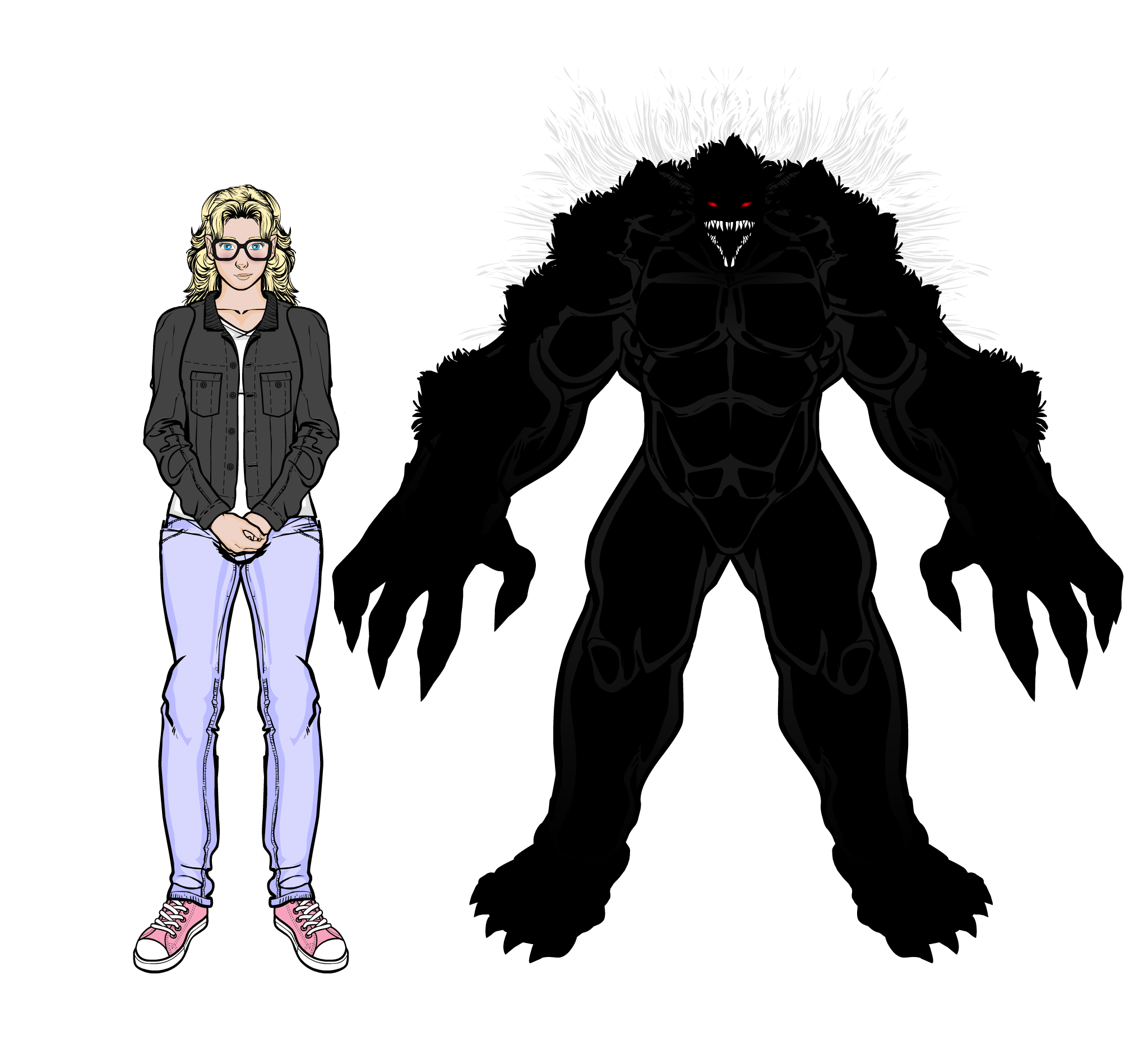 What are Darkbeasts? Well, Darkbeasts are a non-corporial, extra-dimensional essence in their original form. They manifest through extreme negative emotions, in a simular way to how Negadroid’s power source works, they are sustained by feeding on the worst of humanity, be it rage, hatred, depression, greed. This normally wouldn’t be much of a problem, dimensional traversal by non-corporial beings are incredibly rare and most Darkbeasts are too weak to do so. However, some do develop the ability to break this barrier. If they do, they will immediately head for the nearest source of strong negative emotion and attempt to latch on to it. The Darkbeast will then try to form its own corporial body using this new host. Most often this host will be human, though it has been noted (and more commonly as a successful transformation) in other higher intelligence animals such as dogs, cats and monkeys. Depending on their current mental state, a human may be able to repel a Darkbeast (which may explain the higher conversion rate for non-sentient animals), however some may not. Even then, it is very very rare for a human to be fully transformed in a permenant fashion, some may only transform on a trigger or when experiancing strong negative emotions. Then we have the strang case of Alexandria Lloyd (Lexi to her friends). Lexi was attacked by an emergant Darkbeast after she had just lost both her parents in a car accident. Unable to fight back against the parasite, she was fused and became a Darkbeast host. As usual, she was able to regain control of her body, but what was unusual was that the Darkbeast was also able to trigger transformations without needing an emotional opening, able to manifest without warning at any time. Whilst, admittedly, this has come in useful on rare occasions (the Darkbeast is intimidating and dangerous, not a creature that even the most foolhardy mugger would dare tangle with), the Darkbeast also still requires negative emotions to sustain its self and very quickly figured out that the easiest food source was fear, which it could get just by transforming in a crowded public space. As one might guess, this has made Lexi’s life somewhat difficult.