While some superheroes frequently go on interstellar space adventures, some are much more concerned with matters at a street level. Defender is one of the latter, protecting his neighbourhood from thugs and criminals.

Most people think Defender is just a skilled fighter and battle tactician but he actually has low-level precognitive abilities, allowing him to see a few seconds into the future. Before an opponent has even thought about using a move, Defender has seen it and developed a counter. 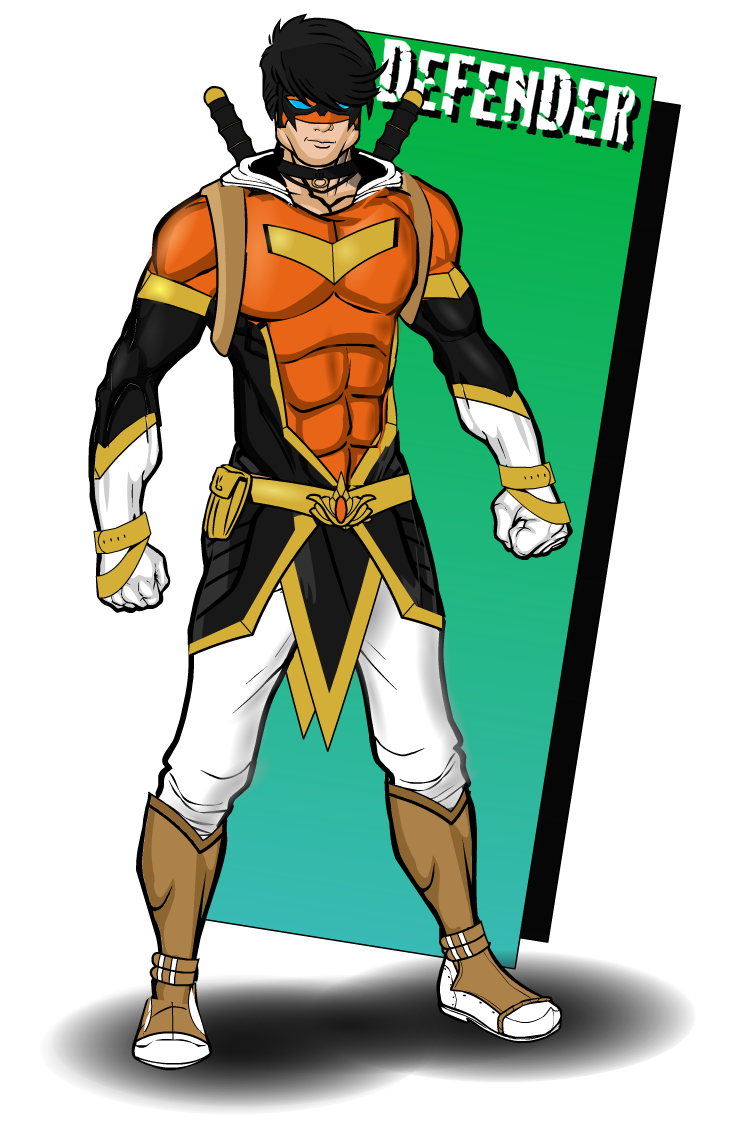