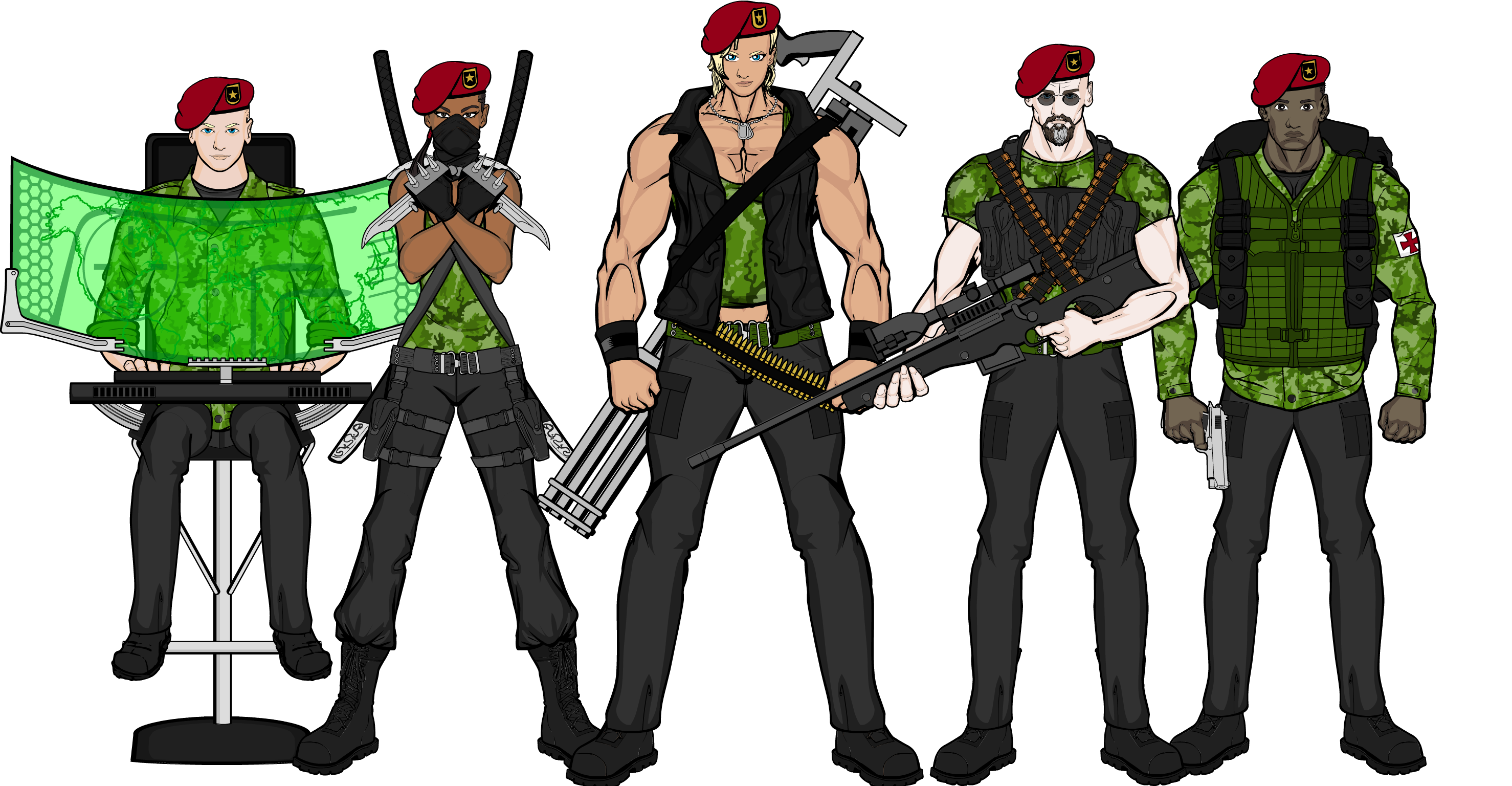 A special elite taskforce of the British Armed Forces, sent to do all the jobs that no other unit can do.
LtR:
Rory Danielson: The teams’ “tech wizard”. He coordinates missions using his World Analytical Network Database system and will often be deployed to put his hacking skills to use. He can also summon support for the team using his system.
Radhika Desai: A dangerous assassin, Radhika prefers to fight close quarters with blades, rather than using guns. She is deployed to take out specific, high value targets with utmost efficiency.
Claire Tarrent: Given the nickname “Barbarian” due to her size and strength, Claire is the team’s muscle. She is often the front line for the group, getting them out of sticky situations.
Piotr Krawczyk: A legendary army ranger, Piotr is deadly over long distances. His sniper skills second to none, he takes out targets with surgical precision.

Layton Mccoll: The team medic, Mccoll is probably the least experianced of the group, but he makes up for it by being a first rate combat medic. He’s so good that his team-mates often joke that he’s using magic rather than medicine.