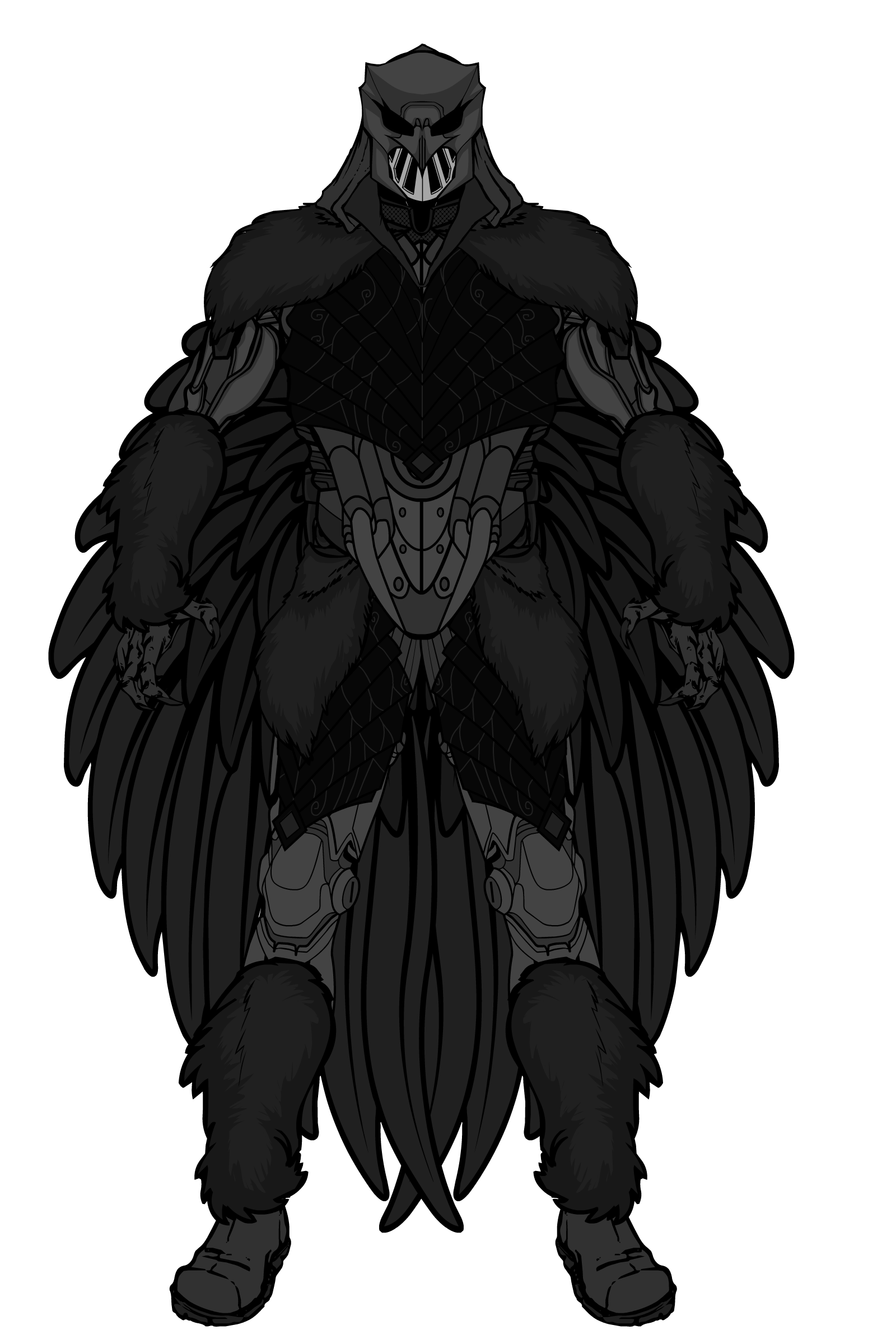 Powers: Superhuman Strength/ Speed/ Reflexes/ Endurance, Flight, Intangiblity, Razor Sharp Claws, Minor Mind Control (can influence people to do certain things and/ or make people see things that aren’t there)
Nothing is known about the person known as Valravn. The creature that is their namesake is a terrible animal from Norse Mythology, a cross between a raven and a wolf, possessed by a soul seeking redemption but also causing horrific acts through their great malice. Whether or not Valravn is a soul seeking redemption is up for debate, but they keep in line with the legend by commiting some truely horrible acts of violence. Despite many encounters with the heroic community (most often Harpy and Harrier), Valravn has never been caught. One interesting thing to note is that they only appear at night and have been seen to literally disappear at dawn. As with much to do with this villain, the why and how of this remains unexplained.