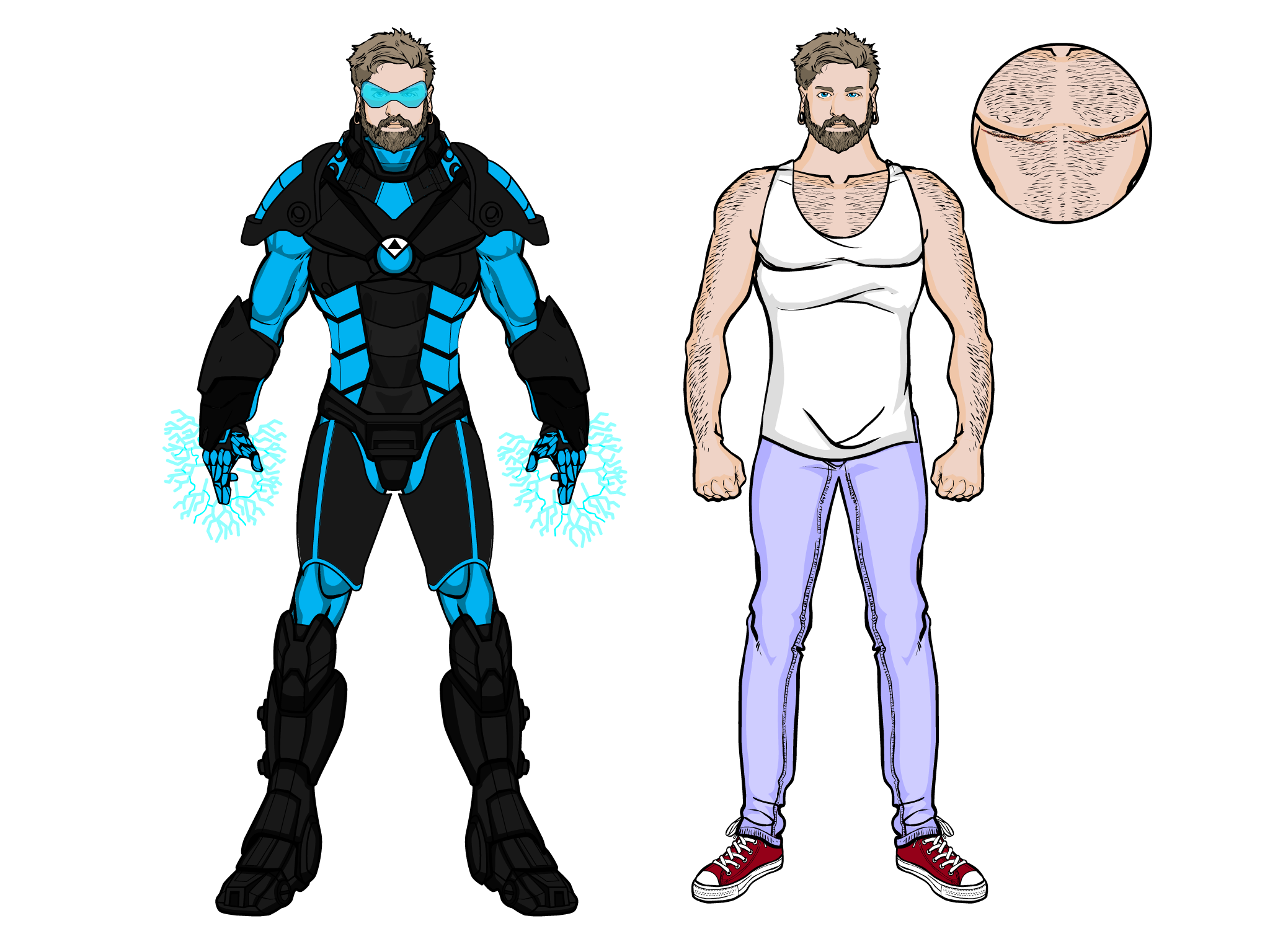 Born as a girl, Alex always felt as though there was something wrong, as if he was in the wrong body. He tried to live as a girl, but he could never escape the disconnect between his brain and body. It was this dysphoria that brought about the emergance of his power to create and control electricity. Fortunately, Alex was able to begin transitioning after gaining a small inheritance when his grandmother passed away. A few years on and Alex is in a much better place, now living as a guy. He has also put his powers to good use, joining Pride and becoming their final member after a chance meeting with a few of the team members at his former place of work.