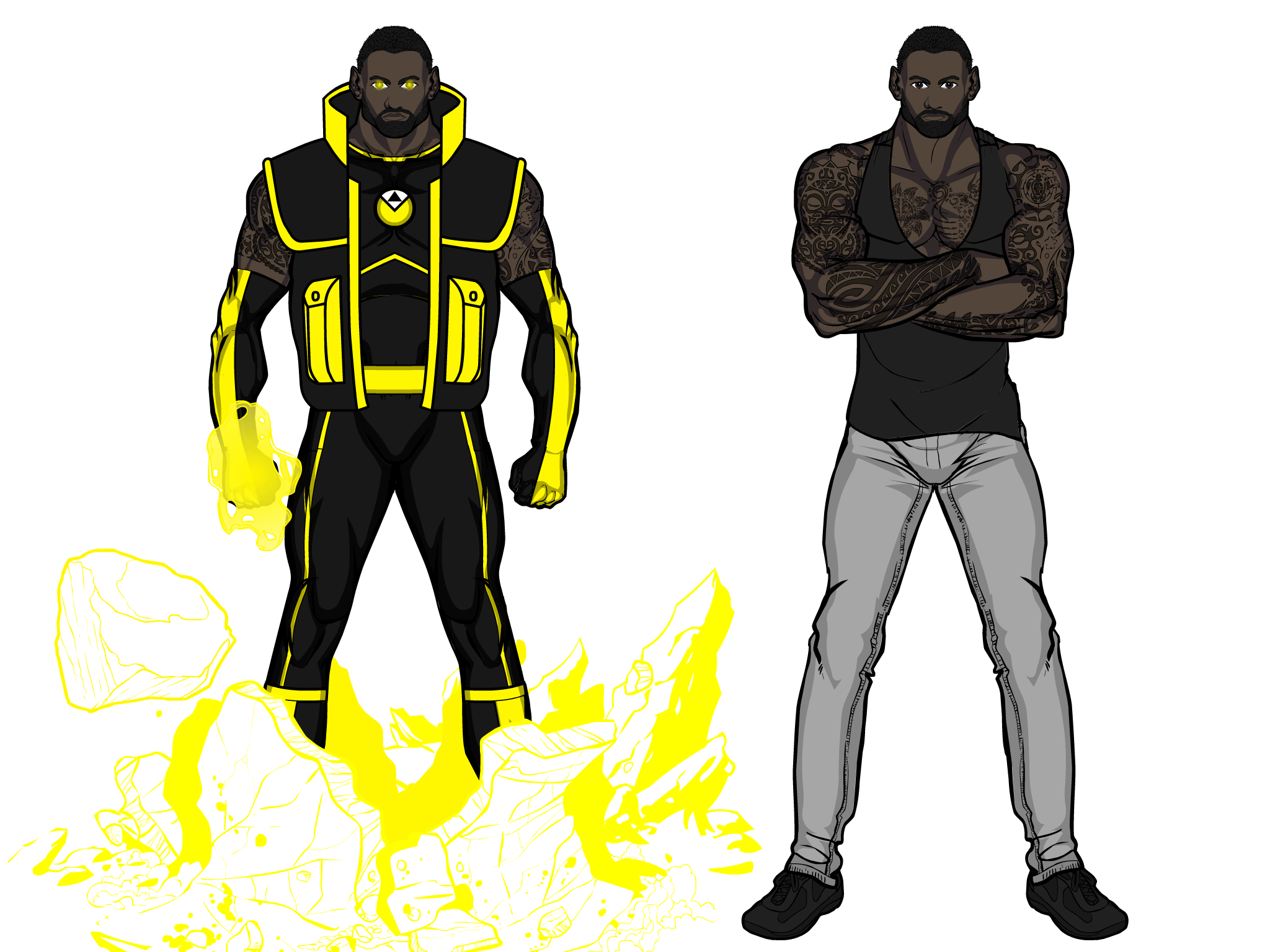 Powers: Ability to manipulate the “power of nature”, Geokinesis

Since he was a child, Michael was all about one thing; sports. A standout football player at high school, he managed to get a scholarship to play collegiate football. However, his time at college would end up shattering his dreams. Michael had known he was gay since he was around 15, but had never come out for fear of backlash, but one time at college, he got drunk and let his guard down, he tried to kiss this guy he had a crush on in public and word got around. People started treating him noticably different after that, but things came to a head at practice. Michael doesn’t really have a good memory of what happened, but he ended up on the recieving end of a particularly nasty tackle, the aftermath of which left him in hospital with a concussion and a broken leg. Unable to play football again, he lost his scholarship, his place in college and his ability to do the one thing he’d always wanted to do. His powers manifested shortly after (latent superpowers tend to become active during periods of great stress), as Michael started working at a local gym as a fitness coach. Alone, depressed and with new superpowers developing and causing him all kinds of trouble, Michael was looking for an out. Fortunately, he was introduced by a mutual friend to Melissa Ashford and Tavio Fernandez, who saw his heroic potential and invited him to join their new superteam PRIDE.