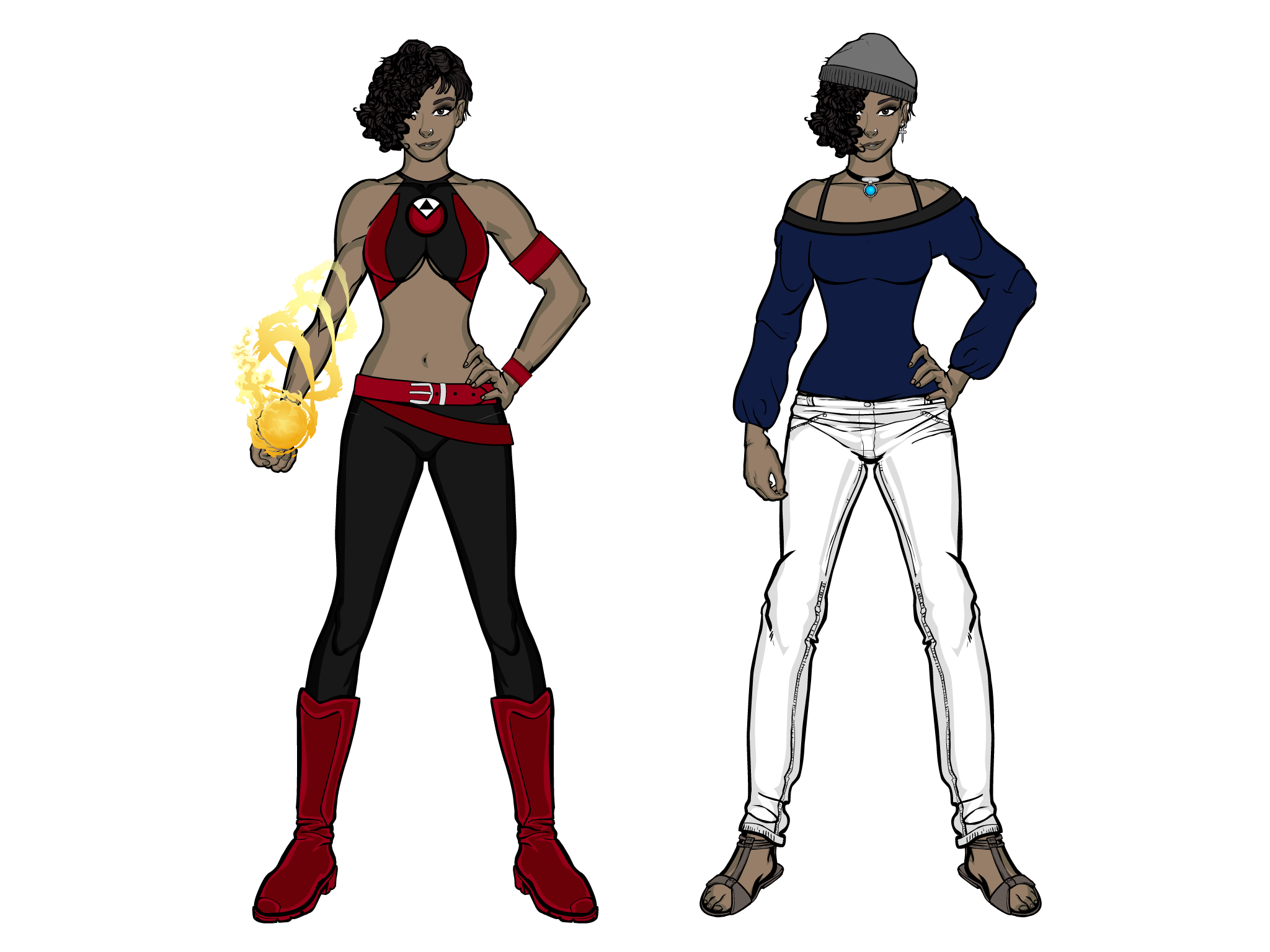 Powers: Pyrokinesis, Immunity to the effects of heat

Born by a surrogate mother to a gay couple who wanted to have a family, Melissa was lucky in that she was brought up in a fairly liberal area. Of course, she got all of the “why do you have two dads” questions as a child, but she never thought of her family as something different. She realised she was a lesbian early on in her teens and came out to her dads fairly quickly (of course, they were very supportive). However, the family would later relocate, due to a change of job and Melissa would face for the first time real backlash against her sexuality and her race. It was soon after this that she met and became friends with Farah Al-Masur (Manara) and Melissa started to become more aware that her life before moving was an outlier. Through Farah, Melissa became more in touch with politics and came to understand the world a bit better. The pair would discover their powers at the same time (with Melissa being the only person able to approach Farah to calm her down when she lost control of her powers). Melissa would later be inspired by Farah’s work as a superhero and help found PRIDE, a superhero team made up of LGBTQ+ superhumans.