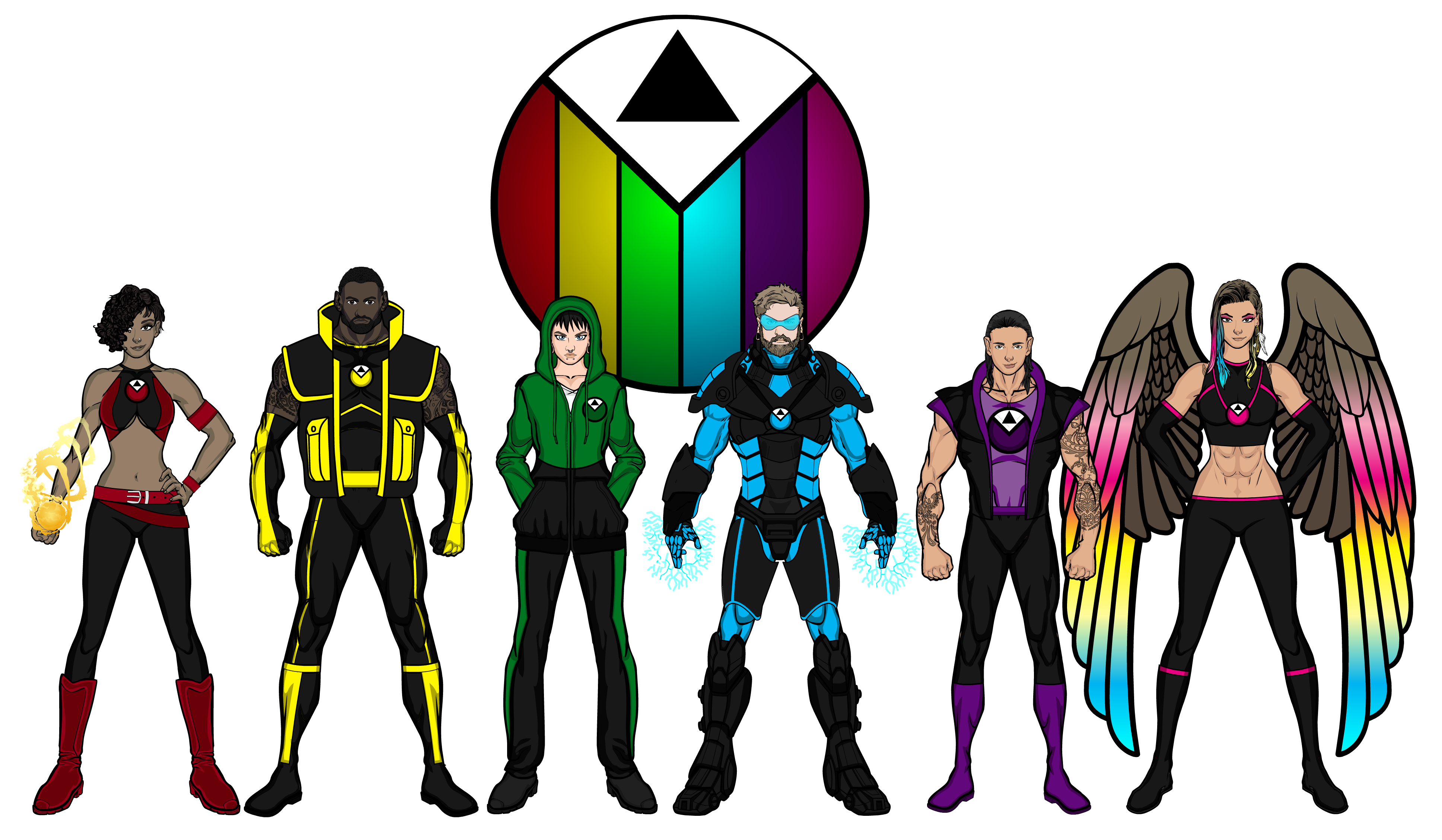 Right then. Big difference from the Pride team that we saw in my last set of designs back in 2017. So, what happened. Well, I tried to write a Pride comic and it made me realise a lot of things about the team. 1- Too many members. Pride back in 2017 had 10 members (and that’s not including the two people that made up one of the members). I cut out 2 members and still ended up basically ignoring one character entirely for the 1 issue I wrote (now, obviously I could have worked around this if I had staggered introducing team members, but the problem still would have remained). 2- The powers most characters had originally just didn’t work from a story telling perspective, for example White Lie. Way too overpowered.
So, we’ve had a rejig. I’ve condensed 4 characters into 2 characters, got rid of one character (which is a shame because they were a cool concept, if unwieldy, but I salvaged the costume), changed everyone’s powers (with only one exception, I think)/ codenames and, of course, moved Manara over to The Protectors, because there just wasn’t room for her. We’ve also had a switch around of colours and of sexualities/ gender identities, but that’s a story for later.