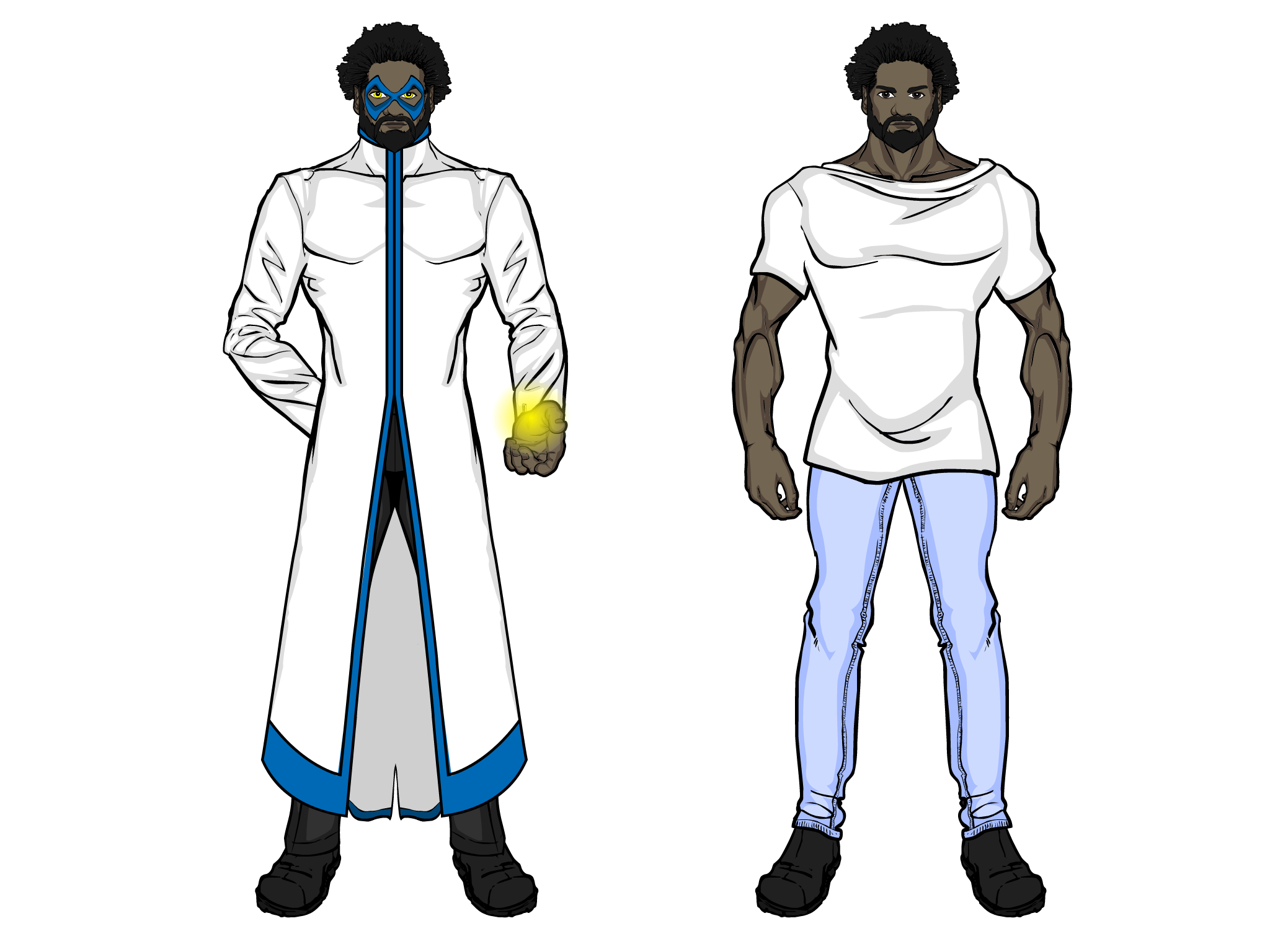 Name: Michael Barnes
Codename: The Watchman
Powers: Light Manipulation, Teleportation, Telekinesis, Astral Projection, Object Animation
Bio: The inheritor of the Watchman title from Carl Barrett, Michael Barnes was a community outreach worker, running social clubs and the local community centre to try and keep kids in his neighbourhood areas away from gangs, crime and drugs. He gets his powers from a mysterious source known as “the light”. Little is known about “the light” other than it is ancient, powerful and only manifests in a few people (and even then, only one person at a time can fully utilise the power of “the light”). Michael discovered his connection to “the light” after Carl Barretts’ death, as “the light” manifested for the first time through him. This immediately got him an awful lot of unwanted attention, as Carl Barrett had made a lot of enemies during his time as the host of “the light” and as the superhero The Watchman. Fortunately, Barretts’ enemies weren’t the only people keeping tabs on “the light” and Michael was aided by The Titan and Andromeda. It was this event, alongside the return of Andromeda, that inspired The Titan to resurrect The Protectors, as Barrett had also been a part of that team.
Random Extra Facts:
– Michael is a preety good artist. He prefers to work with watercolour and mainly paints landscapes. One of the social clubs he ran during his time as a community outreach worker was a painting workshop and a lot of the paintings done in the club were displayed around the community centre he worked in.
– He has a young daughter with his ex-girlfriend. Obviously, with him and the mother being seperated, he doesn’t see her as much as he’d like, but when he does see her, he spoils her rotten.
– He’s quite a good handyman. His dad was a mechanic before he retired and his uncle worked as a plumber. Michael would help them sometimes when he was a teenager and he picked up a few skills.
– In a strange ironic twist, Michael went to school with Carl Barretts’ daughter, Angela Velasquez (who would later become the superhero Warp), although neither of them knew who her father was nor the significance this would play in either of their lives.

– Michael has a brother, Jason, who is trying to make it big as a rapper. At the moment it’s not working out all that well and Jason is currently working at a club as a barman, though he has seen an opportunity to gain some recognition through his brothers new found superpowers.