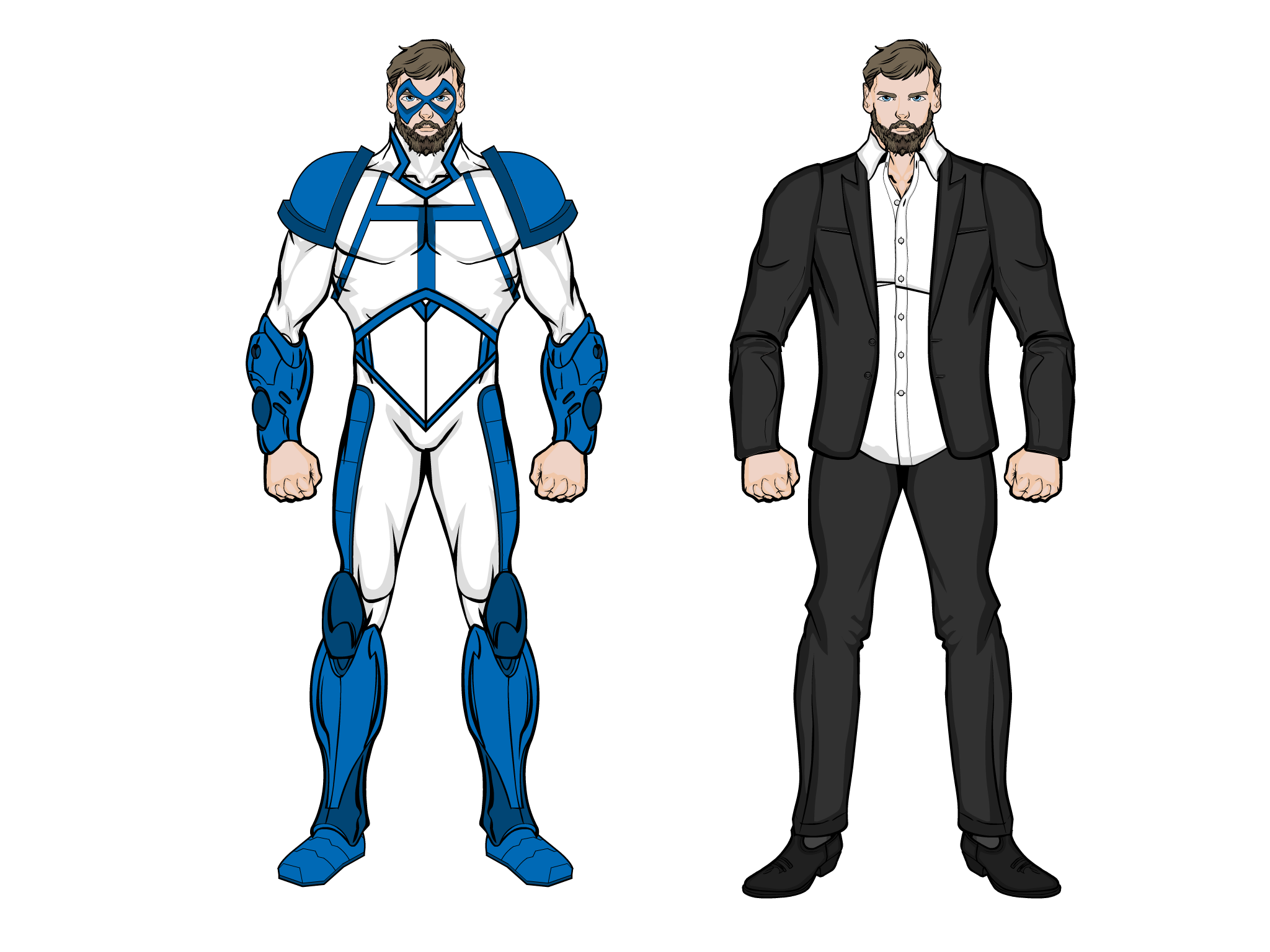 Name: James Rush
Codename: The Titan
Powers: Energy Absorption/ Conversion/ Release, Flight, Super Strength, Super Speed
Bio: One of the foremost superheroes on the planet, Rush has been fighting crime for well over a decade. He has the ability to control energy, converting it at will and manipulating it output to allow him to use it in a varity of ways from flight to super speed and even blasts of heat, sound and light. When his powers first came to light as a child, he was kidnapped by mercenaries working for an unknown benefactor in order to see if his abilities could be harnessed for profit, as either weaponry or for use in the energy sector, alongside some other superhuman children. However, the test subjects were able to escape their captivity, though the benefactor was never caught. After the incident, Rush began to train himself to use his powers, eventually becoming the crime fighter known as The Titan, later becoming a founder member of the original incarnation of The Protectors. Though that version of the team would end in messy fashion, Rush would later revive the team with a new and expanded roster of superheroes.
Random Extra Facts:
– Rush has to keep up an energy intake equivelant to 20 adult men in order to replenish the energy he can burn off using his powers for even a short while. As with Dynamo, testing the upper limits of his powers would be far to dangerous to risk, so we don’t really know how long it would take him to burn through his entire supply of energy.
– Considering that the original Protectors split up when one of the team was killed and another went missing, it is understandable that there were some tensions between the surviving members. This was especially notable between Rush and Paragon, who didn’t talk for 5 years after the team dissolved.
– He, rather ironically, has aviophobia or the fear of flying (in planes that is).
– He has an insane sweet tooth and is a confirmed chocoholic, he loves anything chocolate, be it a bar of chocolate, chocolate cake, even chololate spread or hot chocolate. Of course, due to his powers, he burns of calories almost instantly and therefore doesn’t put on any weight. However, it is unconfirmed as to the state of his teeth.
– Rush suffers from cronic migranes. These usually happen if he excerts himself too much over a long period of time. This problem has its roots back when he was kidnapped as a child. His captors weren’t exactly gentle with their prisoners and Rush ended up getting hit in the head quite hard and then hitting his head against a cell wall as he fell. This left some lasting damage that has never quite healed properly.