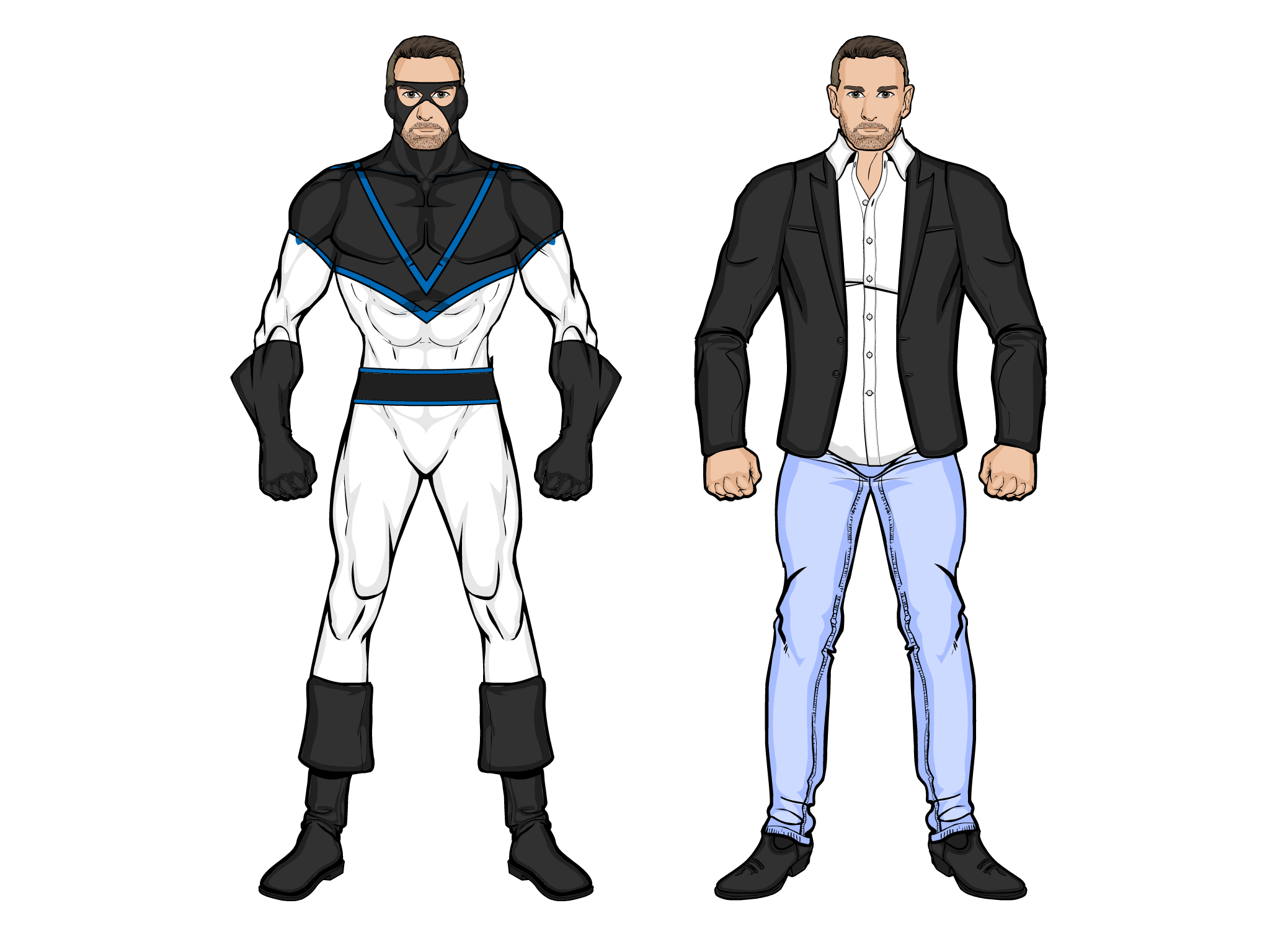 Name: Adam Bateman
Codename: Mr. Mass
Powers: Size Manipulation
Bio: An expert in nanotechnology, Adam Bateman worked under contract for the military as part of a team trying to create a method of shrinking equipment in size and mass for easy transportation. After nearly a decades worth of work, the team had managed to create an unstable substance infused with nanites that could, theoretically, be coated onto equipment and that would shrink it in reaction to a certain audio frequency. However, before any proper test trials could be carried out and accident in the lab caused a fire that destroyed most of the research. Bateman tried, rather recklessly, to save his research, but the heat caused it to literally blow up in his face, dousing him in the substance, causing him to inhale its fumes and leaving him with some rather nasty injuries. However, whilst Bateman was in hospital recovering, he found that the substance had been absorbed into his body thanks to the nanites. He was now able to shrink or grow to different sizes by listening to different, almost inaudible frequencies through a headset. Unfortunately, due to the accident his funding was cut off by the military, leaving Bateman stuggling to find a source of income to finish his projects. But he didn’t let his new abilities go to waste. He decided to use his newly acquired powers to essentially advertise himself to any prospective backers. The plan didn’t go exactly as he wanted, but he did get enough attention to recieve an invitation to join The Protectors.
Random Extra Facts:
– He holds 6 masters degrees in subjects ranging from physics to mechanical engineering and has published 2 research papers, as well as giving numerous guest lectures at a number of prestigious universities.
– He’s something of an amatuer paleontologist and likes to collects fossils. His holidays will often be spent in places known for being rich bone-beds. He’s also managed to leverage his academic credentials to get onto one or two digs for a day.
– He’s named after Adam West. His parents were big fans of a certain 60’s superhero TV show, even though he was born a good decade after it was on the air.
– He’s partially deaf in his left ear, due to the accident that gave him his powers. Unfortunately, he only created nanites for size manipulation rather than for injury repair.