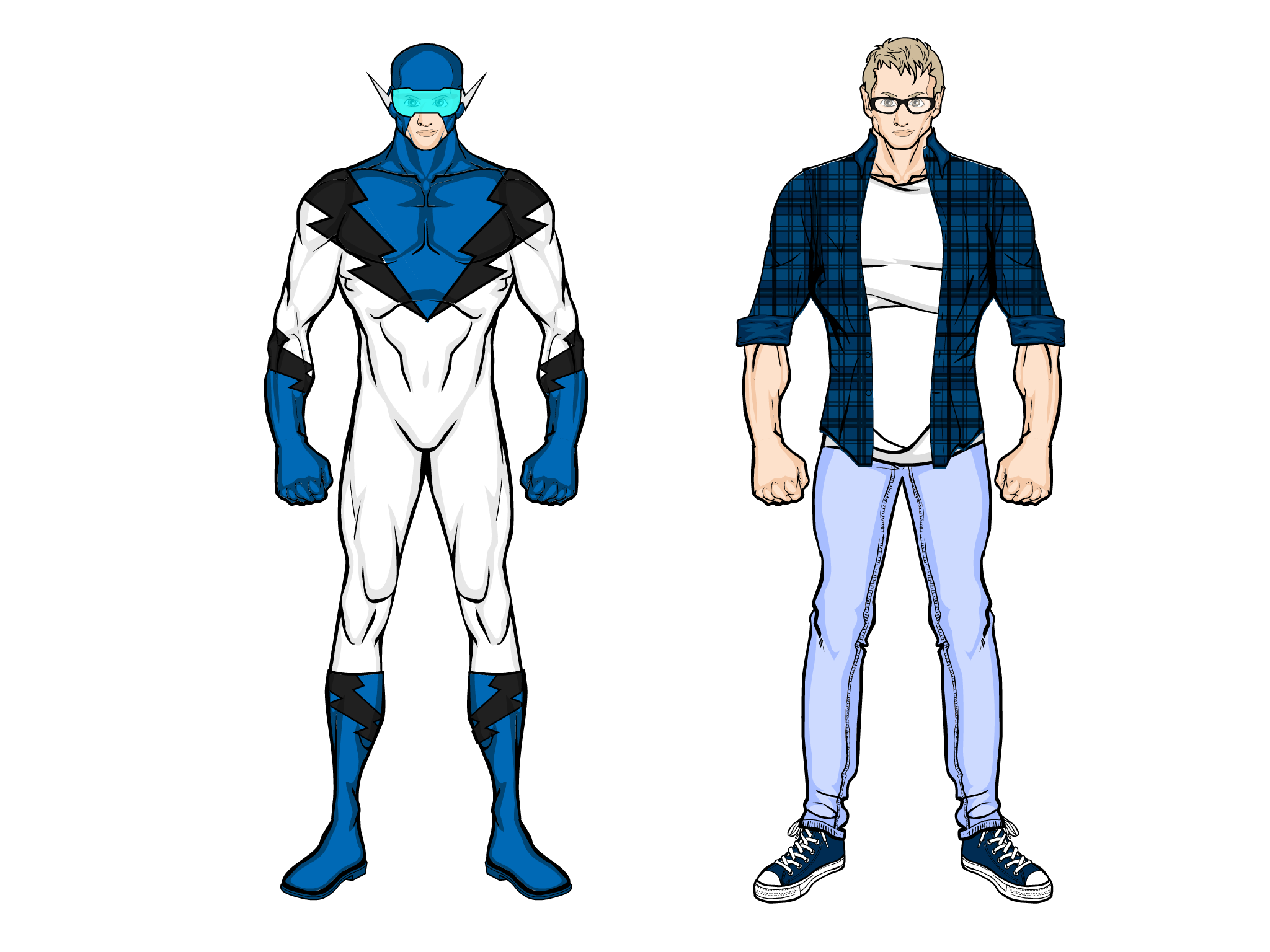 Name: Thomas Hall
Codename: Dynamo
Powers: Electricity Absorption, Super Speed
Bio: Born with the ability to absorb electricity and covert it into superhuman speed, Thomas Hall originally wanted nothing to do with heroics. He didn’t even play sports at High School, partially because he didn’t want to be considered a cheat and mostly because he didn’t really care. He just wanted to make people laugh, not impress them with his powers. However, one day that all changed. After doing a try out gig at a local comedy club, Thomas and his boyfriend were taking a short cut home when they were the victims of a targeted hate crime. Their attackers used weapons. Thomas managed to get away, his boyfriend didn’t. That night, Thomas used his powers in anger for the first time, absorbing the electricity from all of the surrounding street lights and taking out the attackers in less time than it would take to blink. But he couldn’t bring himself to get revenge. Instead he handed the attackers over to the police and dedicated himself to using his powers to help others. This would eventually lead him to joining The Protectors upon the formation of the second incarnation of the team.
Random Extra Facts:
– Thomas’ theoretical top speed cannot be calculated as it is risky to test how much electricity he can absorb before suffering any negative effects, but projections do put his max at around 700-800 mph or 300-350 metres per second, though these are (by nature) inaccurate and his top speed could be even more.
– Thomas actually approached The Titan about joining The Protectors, rather than the other way round. He found out about The Protectors reforming from Lucina Stamford, a former supervillain turned cafe owner/ info dealer, and decided to try his luck.
– He’s a big gamer. He can often be found playing online whenever not on duty, alongside some of his team-mates, most often Luis Deacon (Catalyst), Michael Barnes (Watchman), Megan Harris (Copy Cat) and one of the teams tech supports Jamie Walters.
– He’s terrified of spiders.

– He’s massively into geek culture. When he was a teen he was really into LARPing and cosplaying at conventions, he knows how to sew and make costumes (which really helped when he decided to become a superhero) and he still meets up with a couple of friends every week to play DnD. They’ve tried to get him to introduce them to other members of the team, but that got shut down pretty quickly by The Titan.