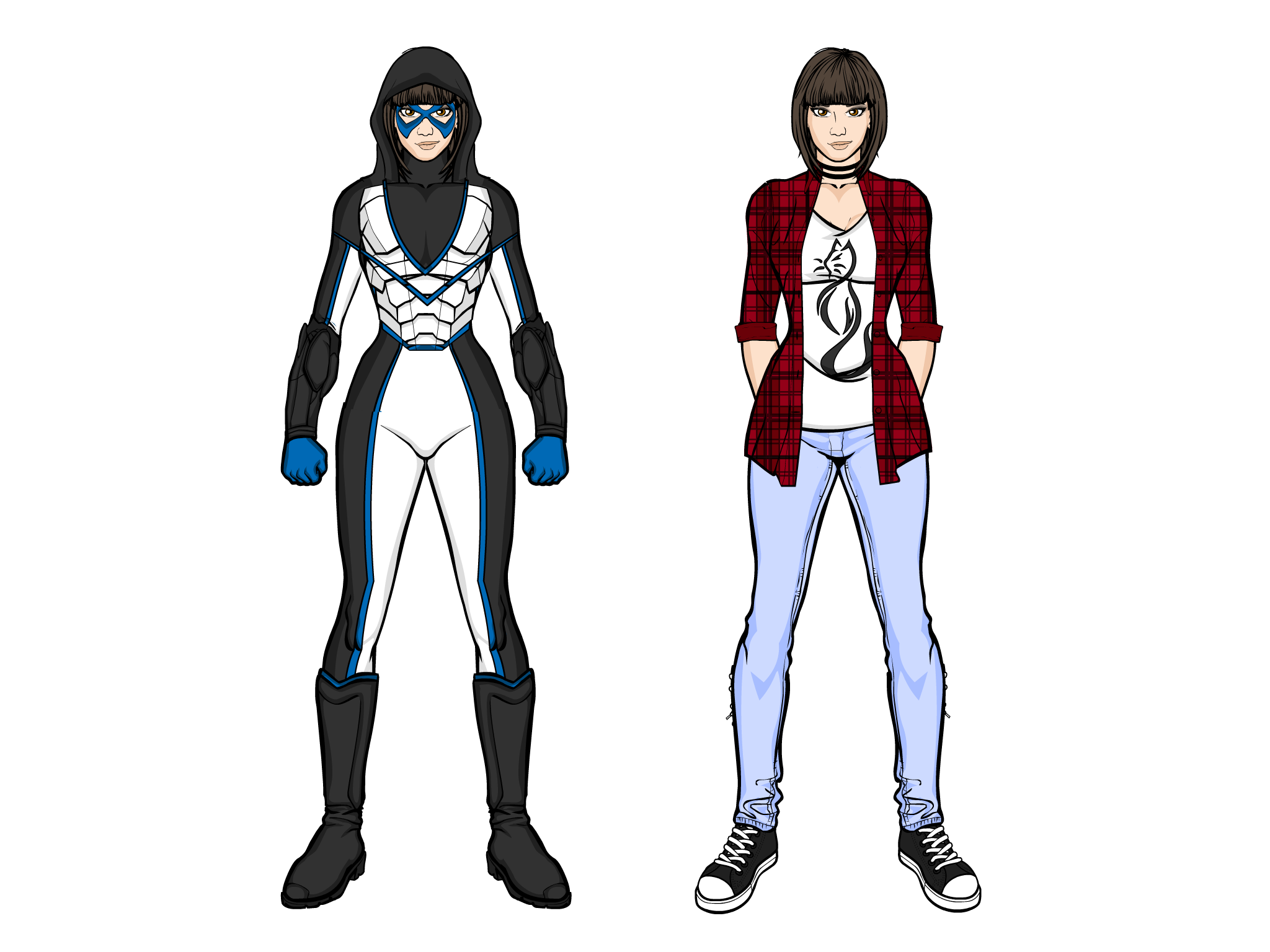 Name: Megan Harris
Codename: Copy Cat
Powers: Power Mimicry, Innate Ability (Permenantly Copied Power), Enhanced Healing Factor (Permenantly Copied Power)
Bio: The youngest member of the frontline Protectors team, Megan Harris was born with the ability to copy the superpowers of other people. This can be temporary or permenant, depending on the circumstances of the copy. Generally, she can copy any power from any superhuman within a 10 metre radius, either their entire power set or a specific power if she needs/ wants a specific one. However, copying from a distance is only temporary and will only last for an hour tops if she should move further away from the target of her copy. For a permenant copy, she has to have unbroken skin-on-skin contact with the target for, at a minimum, a full minute to 5 minutes, depending on the complexity of the power set she is trying to copy. Early on in her superhero career her copying powers she wasn’t used to led to quite a few mishaps, but since she joined The Protectors she has managed to copy Innate Ability as a power, meaning she can instantly understand and control any power she copies.
Random Extra Facts:
– Megan only discovered her power in her late teens, due to the relative scarcity of superhumans she only came across another whilst on holiday with her friends. Unfortunately, the powers set she accidentally copied to discover her own power was that of a pyrokinetic and, not being used to the power, she spontaneously combusted. Fortunately, part of the powers she copied was immunity to being burned and the superhuman she copied was able to stop the fire, but it did leave Megan a slight bit traumatized.
– Megan is really good friends with Leigh Walker, one of a pair of superhero twins. They’ll often meet up for coffee, cataclysmic events and supervillain world take over attempts permiting of course. It was from Leigh that Megan copied her Healing Factor. As for her Innate Ability, Megan copied that from The Protectors tech-support guy, Gideon Mantel.
– Before she copied Gideon’s Innate Ability, Megan had the unfortunate hait of accidentally copying her team-mates powers at random if she wasn’t paying attention. This has led to accidentally blowing up a kettle by copying Catalyst or destroying the clothes she was wearing when copying Amazon. The line was drawn when she copied Mr. Mass and grew to the size of a 3 story building… whilst inside. Fortunately, since gaining Innate Ability, these accidents do seem to have subsided.
– She’s a cat person (if it wasn’t obvious by her codename).

– She grew up idolizing the original Protectors team, watching every news report or TV special on their heroic deeds. When she discovered she had powers she lept at the chance to emulate her idols and when The Titan asked her to join the new team, it was a dream come true. The first thing she did upon arriving at Protectors HQ was ask Andromeda for her autograph. It was kinda awkward.