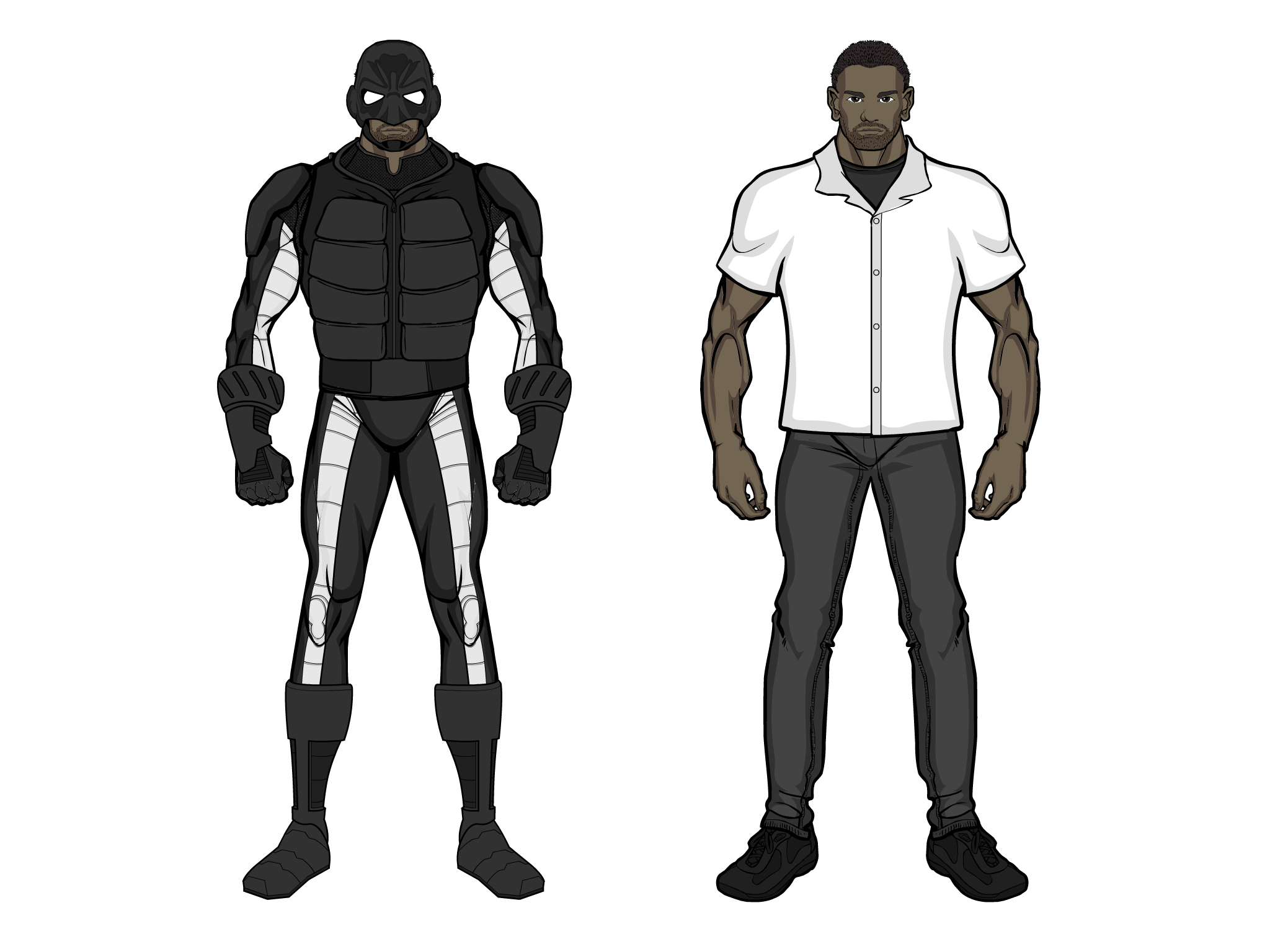 Name: Luis Deacon
Codename: Catalyst
Powers: Energy Conversion
Bio: Luis Deacon was born with the ability to psychokinetically manipulate the energy within objects, for example he could transfer the heat energy in a hot pan to kinetic energy, causing the pan to immediately cool and fly away. This would often have an unfortunate side-effect if Luis was not paying attention to the type of energy he was transfering, things invariably ended up exploding or just bursting into flames. This has come back to haunt him in the past. A frequent victim of what could most charitably be described as bullying (and what could less charitably be described as racist abuse) throughout his childhood, Luis was involved in an incident that led to both the discovery of his powers and the hospitalisation of three of his bullies. Unfortunately, this made things worse. Now with pretty much his entire town knowing about his powers and what he did, he became ostracized and the victim of greater abuse, even into his adulthood. This eventually culminated in a confrontation with some highly drunken frat kids who were trying to run him out of town. The situation quickly got violent and, without thinking, Luis used his powers to defend himself. He was fortunate to avoid prison time, but his actions did attract some attention within the superhuman community. One such person to take notice was The Titan (formerly of the original Protectors), another superhuman with energy based powers, who offered to train Luis in how to control his powers. The two became quite a team and, when The Titan decided to form a new iteration of The Protectors, Luis was one of the first to join.
Random Extra Facts:
– Luis has Caribbean heritage, as his maternal grandparents emigrated from Antigua about 2 years before Luis’ mother was born. He’s never been to Antigua but it is one of his life goals to visit the village his grandparents were born in.
– He’s a fantastic cook. He learnt a lot from his grandmother and, as should come as no surprise, his best dishes all have a caribbean flare to them, including a mean spiced lamb stew.
– Luis is highly religious, his family always went to Sunday service when he was a kid and he tries to attend services whenever possible. One of his cousins married a preacher and he’ll often turn to them for advice if he ever feels unsure about what course of action he should take.
– His parents have always been very supportive of Luis’ superheroic activities and have essentially extended family privilages to all of his team-mates, including invites to family barbecues, any holiday events and they all get Christmas and Birthday cards each year. Luis’ parents are also petitioning the mayor of their city to give Luis the key to the city, though they havem’t heard back yet.

– Luis is a history buff and loves any tv show on history, especially if it’s about the Ancient Greeks or the Roman Empire.