Whitney Flores can absorb massive amounts of electricity from her surroundings to power her body to incredible feats of strength. Unfortunately, while Whitney herself is rather intelligent and has big plans, all that electricity also scrambles her brain so when she first appeared as Electrode, those big plans quickly devolved into little more than a desire to punch things really hard.

Even more unfortunately for Whitney, one of her earliest encounters with a masked hero was with the wise-cracking Glitch who referred to her as “Electroid Rage”. The encounter was caught on camera by a civilian nearby and the footage soon started doing the rounds of various media outlets, many of whom ran with the “Electroid Rage” name, much to the annoyance of Whitney Flores.

The name stuck and while Flores refers to herself as Electrode, almost everyone else calls her Electroid Rage.

Whitney now hates Glitch with a passion for an offhand comment he doesn’t even remember making. 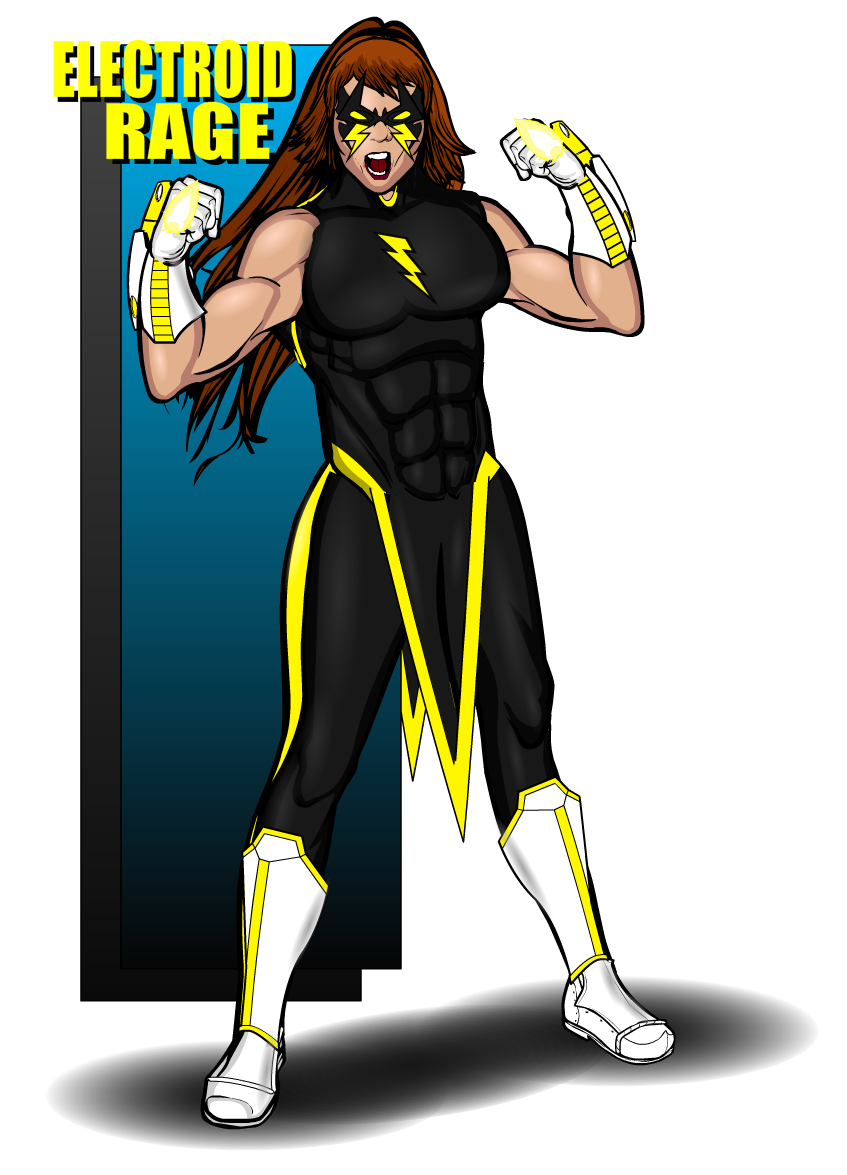