The Witness is a mystery wrapped in an enigma.

In the ’90s and early 2000s, David Cain became the first hero to use the name of the Witness. Cain was an eccentric, oddball. A blind man who lived in a wooden shack on the roof of a building in New York City, Cain had the strange ability to perceive the world through the eyes of other people. As the Witness, he defended his neighbourhood using a bizarre martial arts technique that used his opponents’ vision against them.

While using his power one day, David happened across a young, homeless boy who appeared to suddenly become someone else. Initially confused and disoriented by this, David soon realised that the boy was a meta-human. A shapeshifter who was using his power to con people out of food and money. The more he watched, the more David realised the potential in this boy. Potential that he was currently using just to stay alive. While he could easily have used his powers to shift into someone else and rob them blind, he instead stuck to small-time thefts of only what he needed to survive the day. He clearly didn’t want to actually hurt anyone.

When David tracked the boy down, he offered to help train him to use his powers wisely. To help people. Initially hesitant to accept help from a crazy old man but with few other options, the boy accepted.

David soon learned that this boy apparently had no recollection of his life prior to a few months before they met. He couldn’t even remember his own name. He was a complete mystery, even to himself.

Over the following years, the Witness trained the boy and the two grew close, eventually forming a father-son-like relationship as the boy grew older. The boy adopted the name, Alex Cain in honour of his new father figure. It wasn’t the only identity he adopted though. Over the years, Alex used his shapeshifting powers to set up lives throughout the entire world. Identities he could drop in and out of whenever he chose. He saw it as practice for his powers. And he was good at it.

Alex would occasionally help out other heroes but he found that his powers lent themselves better to operating in the shadows, working out mysteries, than wearing a brightly coloured costume and punching people in the face.

After Alex had grown to adulthood and built a life (or several) away from the Witness, he received some troubling news. It seemed his mentor had gone missing during what should have been a normal mission. Friends and allies could find no trace of him. Alex had just as little success. Alex chose to take up the name of the Witness and continue his mentor’s mission to help people while also searching for any information that could point him in the direction of his predecessor.

Frustrated by the lack of progress in his investigation, Alex had all but given up hope but was then approached by the man known only as John Doe. Doe offered to help Alex track down the Witness if he would, in turn, help him with his own investigation. A much larger investigation involving corruption in the United States government.

The man with no identity and the man with many worked surprisingly well together. The Witness helped John Doe in his subterfuge and spy work and John helped Alex find new information on the fate of his father. Not enough to finally solve the mystery but certainly more than Alex had been able to uncover on this own.

One mystery they did solve, however, was the conspiracy to infiltrate the government by a number of super-villains led by the insidious mastermind, Vox.

Vox and his people had managed to discredit many of the countries heroes, forcing many of them to retire or become wanted fugitives themselves. John Doe and the Witness were integral in uncovering this plot but not before Julia, the woman that John loved, had been killed.

Evidence uncovered by John Doe and the Witness was made public, exposing Vox’s plot and rallying the heroes and the public to oust the villain and his cohorts from power, prompting a radical shift in the inner structure of United States government and, in turn, the entire world which is still being felt to this day.

John and Alex, for their part, chose not to accept any kind of public praise, preferring to remain in the shadows and out of the public spotlight. But for John Doe, an investigation is never completely over and even after he and the Witness parted ways, he continued to investigate and tie up loose ends. It was then that he discovered the most shocking thing of all. Almost by accident, he stumbled across evidence of who killed Julia.

He had fooled everyone!

The Witness had killed Julia!

Alex Cain had stood by John Doe’s side at the funeral of the woman he loved and promised him that they would find the killer, knowing full well that he had killed her himself. He had outsmarted the world’s top spy and slipped away without being noticed before anyone even figured it out. John was completely blindsided by this.

The Witness vanished, better at doing so than anyone John had ever known and leaving far more unanswered questions than answers. But John wasn’t just about to let him get away. He was furious. And he would have revenge.

John Doe set out on a journey across the world to track down the Witness. He would recruit a number of others along his way, including the likes of Replay, Howler and another shapeshifter, Twin, who has engaged the Witness in a game of lies and subterfuge like no other.

John is wary of using the help of another shapeshifter but with her help, he has gotten closer to the Witness than ever. During this mission of revenge, John has uncovered even more plots and mysteries. A web of mystery that seems to trap everyone involved, dragging them deeper and deeper.

The Witness has dragged John Doe into this mystery and John has learned a lot about a lot of things but the thing he learned above all others?

When it comes to the Witness, nothing is ever entirely as it seems. 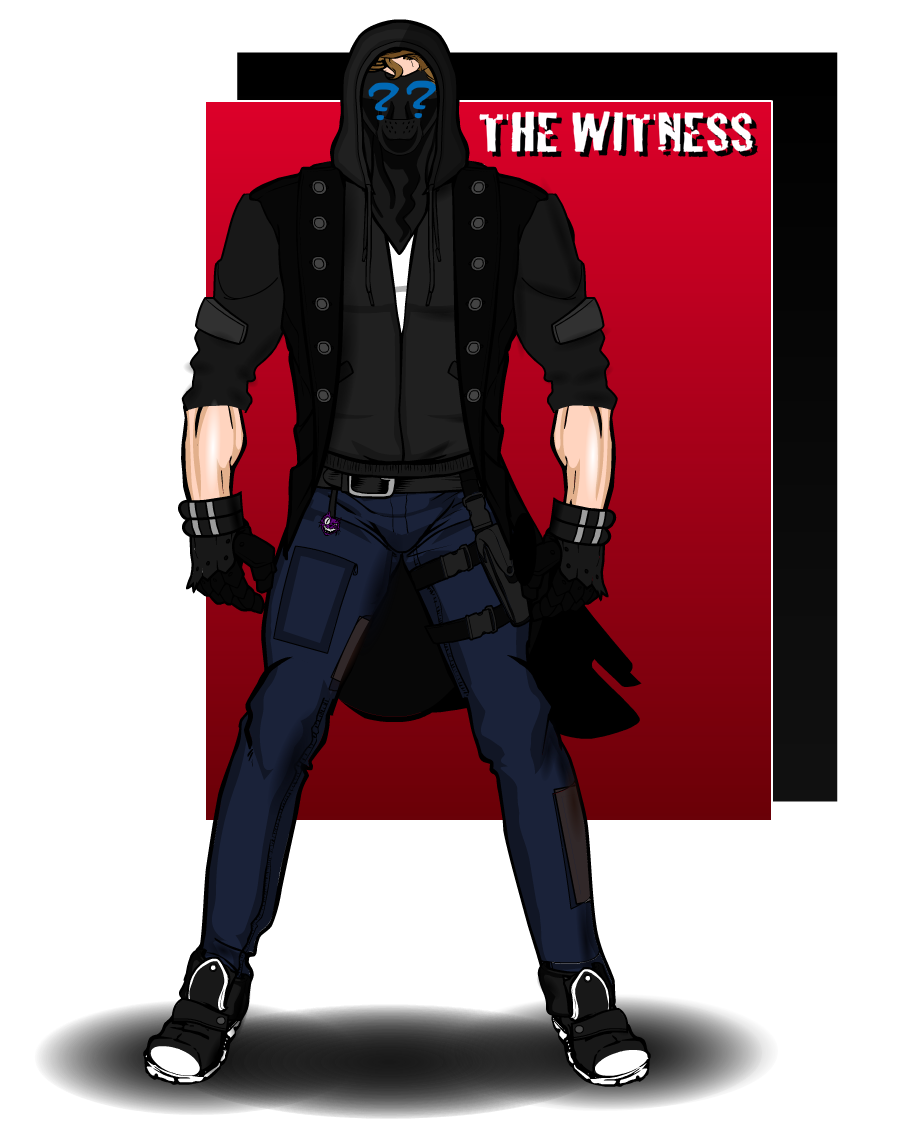