Even to this day, many people still consider the original American Dream to be one of the greatest heroes of all time.

Rita Rose found herself empowered by an ancient talisman and used her newfound strength to defend her country during world war 2 and beyond. American Dream earned the respect of the entire country and became something of a feminist icon before retiring from life as a costumed hero to focus more on her burgeoning acting career.

Rita set aside her heart-shaped talisman and eventually married the love of her life, starting a family while also maintaining an award-winning acting career. Rita Rose became an American legend before quietly retiring in her old age to live out the rest of her years in quiet peace with her family.

Rita’s end would be anything but quiet though.

When the extra-dimensional tyrant Omega invaded earth, the entire world was thrown into conflict and Rita was forced to use the lingering remnants of her powers to defend her family from Omega’s forces. While she successfully protected her family and many others, the strain proved too much for the ageing legend. Rita Rose, the American Dream, died as she had lived.

Before her passing though, Rita publically endorsed a new American Dream who today is one of the worlds most celebrated heroes. She also saw her granddaughter Jennifer adopt her heart talisman (entirely by accident) and become the heroic Supermodel.

Rita’s legacy is today not only carried on by the new American Dream but also in a number of other young women. Most notably, her great-granddaughter, Jamie. Also known as Knockout, who inherited the heart totem from her aunt Jen. The former member of the Nowhere Kids, Icon, and the Watchguard’s Aerial are also distantly related to the legendary hero.

With four amazing young women fighting to protect the world in her honor, the legacy of Rita Rose and American Dream continues to this very day. 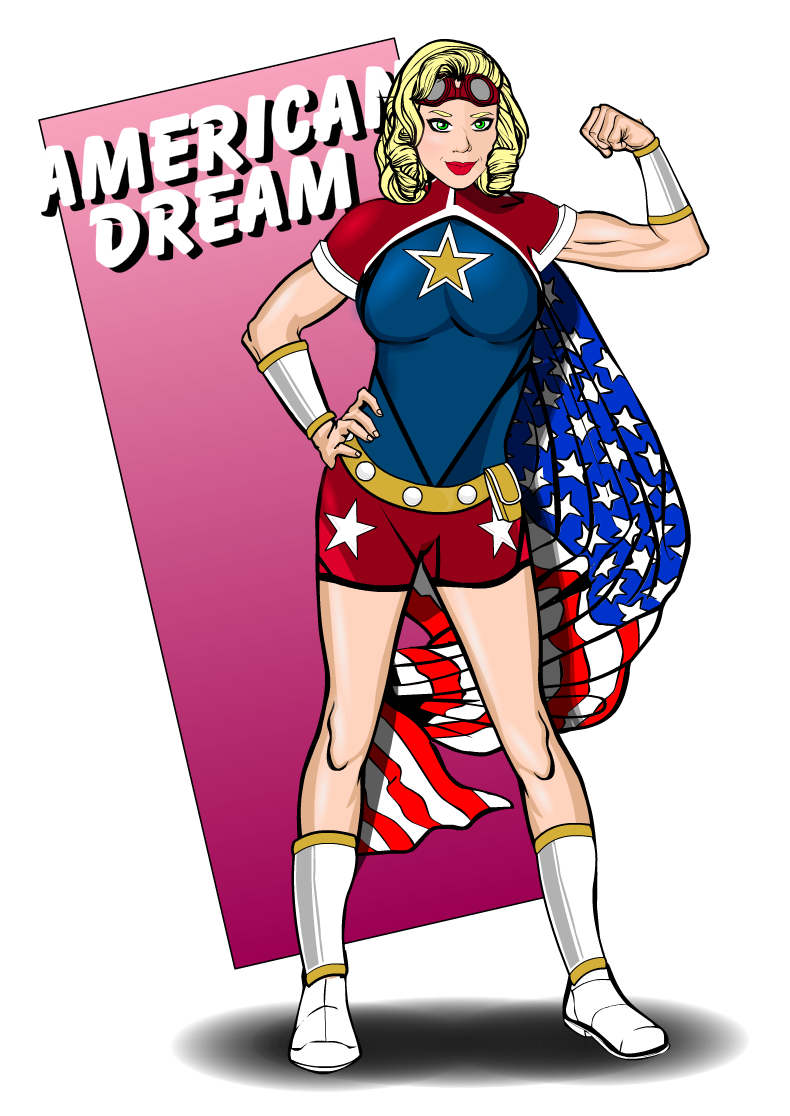