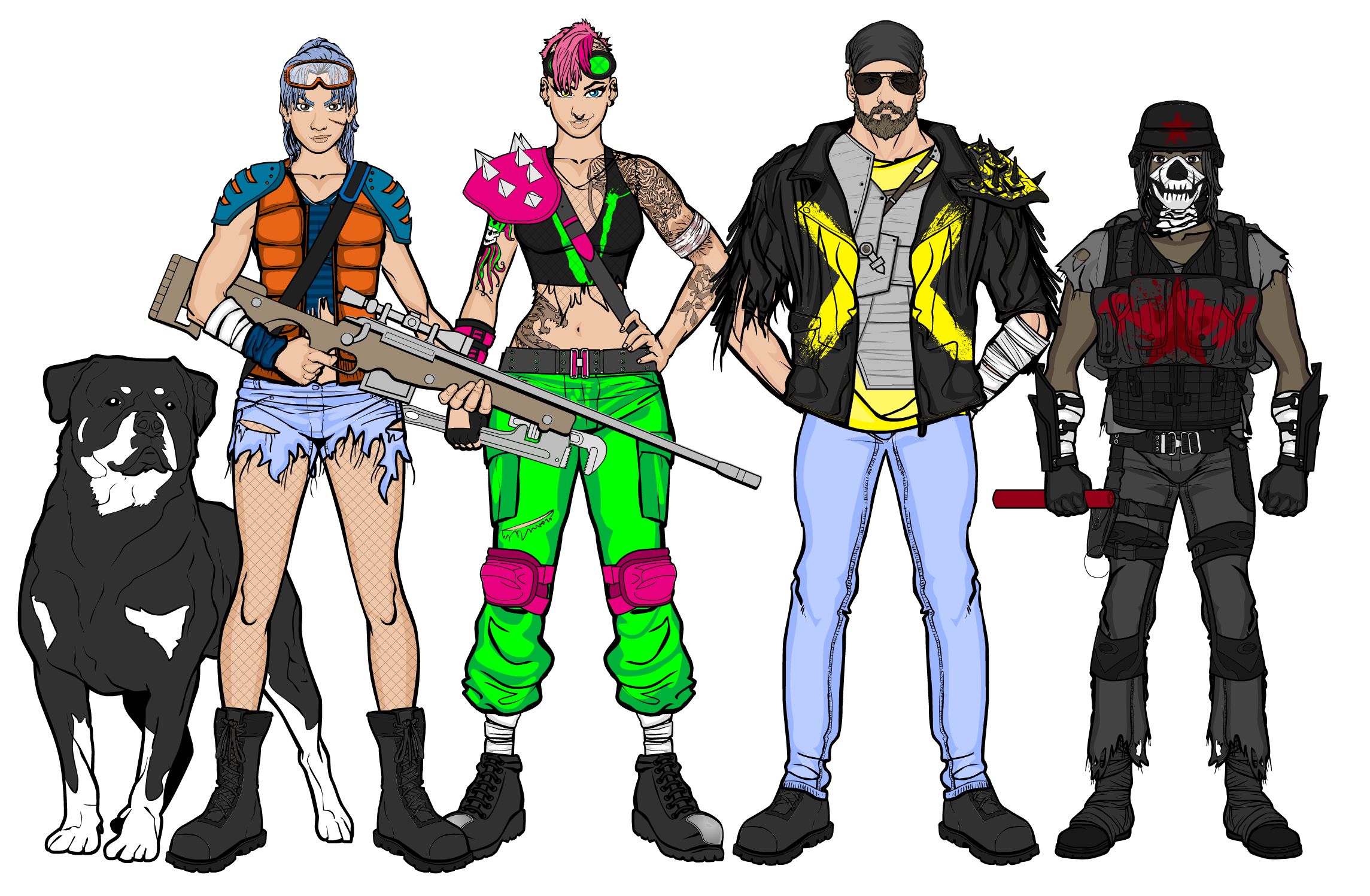 In a post-apocalyptic world where climate change has wreaked havoc across the world, extreme weather conditions are common place and resources are scarce, human society has collapsed and fragmented into small, fractious groups of varying ideologies and means of survival, each self contained and, for the most part, self sufficient. However, not every group can produce everything that their community may need or want and that is where the Renegades come in. Renegades are small groups, usually unaffiliated with the larger communities, that have means to travel between these communities to acquire goods and services for other communities. How this is achieved varies between Renegade groups, some use contracts or bartering, some use violence and others prefer plain old fashioned theft. Each group lives and dies by their own code of ethics and competition is fierce. If you can’t get the goods you don’t get the rewards, usually food or fuel.

Our particular group are known as the ’86’ Renegades, due to the number each member has marked on their back, though it isn’t entirely clear what the number is a reference too, if anything at all. The group consists of Night Streamer (orange/ blue), the weapons and electronics expert, her sister Venus Hunter (pink/ green), the mechanic and driver, Mr. X (yellow/ black), the negotiator and navigator as well as field medic (though for serious injuries Renegades will usually rely on one of their assistant communities) and Ruby-Star (black/ red), the explosives expert (who it has been noted seems to be able to pull a stick of dynamite out of thin air on any occassion, not that this seems to be of any surprise to their team-mates at all), as well as a dog nicknamed Scout, who seems to have adopted the team and acts as the groups early warning system, hence the name. This team specialize in “cracking”; breaking into old abandoned facilities and looting the goods from them.