Here is Shade, an assassin who can teleport himself and objects he’s touched. He is an expert with knives. The shadowy smoke that accompanies his teleportations and his ability to evade detection earned him his moniker. He is one of the top assassins on the planet and he is known for only killing his targets. He has crossed paths with heroes several times and has an oddly friendly relationship with Alpha. 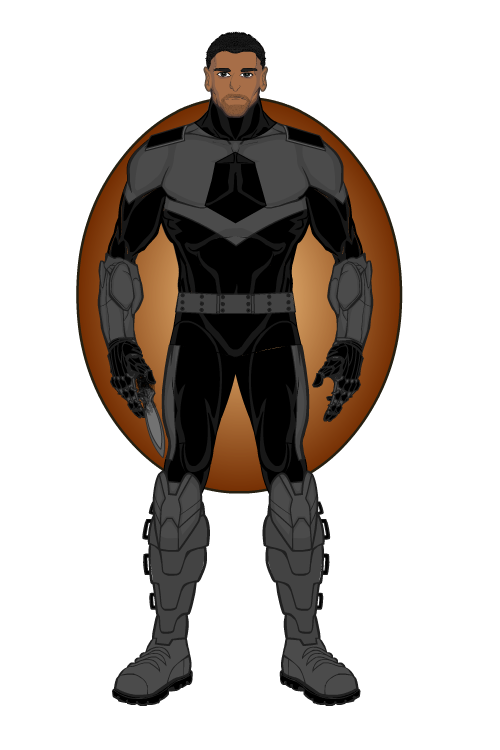