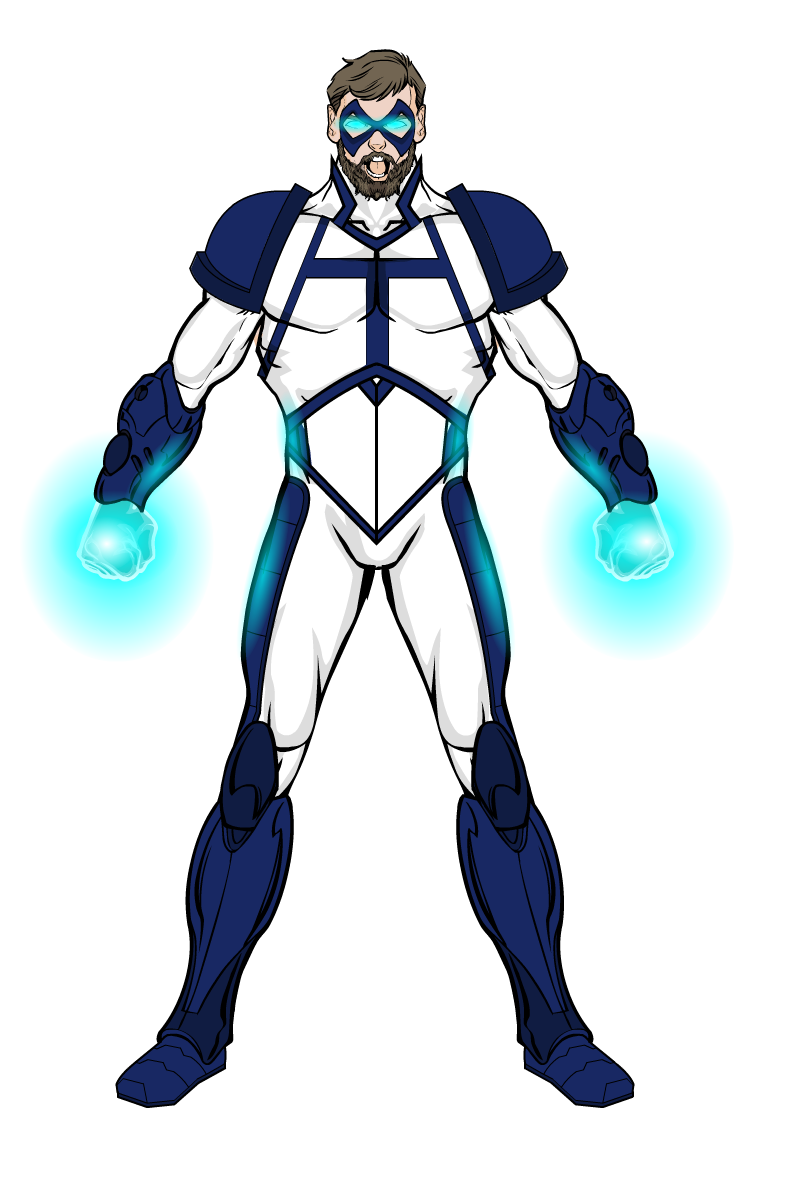 So, first creation of 2020. The Titan is my oldest character, he was first created in Heromachine 2 for context, and he started out as a fairly normal superhero design. But the character evolved with heromachine and inbetween HM2.5 & HM3 there was a pre-alpha version of HM3 that became Heromachine Modern Warrior (which is probably all but forgotten) and most of the stuff i there went into the tech sections in HM3. Now of course I went and created a version of The Titan in this (at the time) new heromachine and, as you might expect, he came out very tech-based, which was a departure from the previous design and that tech suit design carried over to pretty much every version of the character in HM3. However, recently I’ve started to fall out of love with the tech suit, it feels way too “Iron Man” for me, hence why I’ve gone and done this new design, returning to the more classic superhero style. Plus, I needed to get away from the black that’s been dominating The Titan’s colour palette in every itteration other than The Protectors design I did last year (which was literally just a palette swap of a mainly black design from 2 years prior).