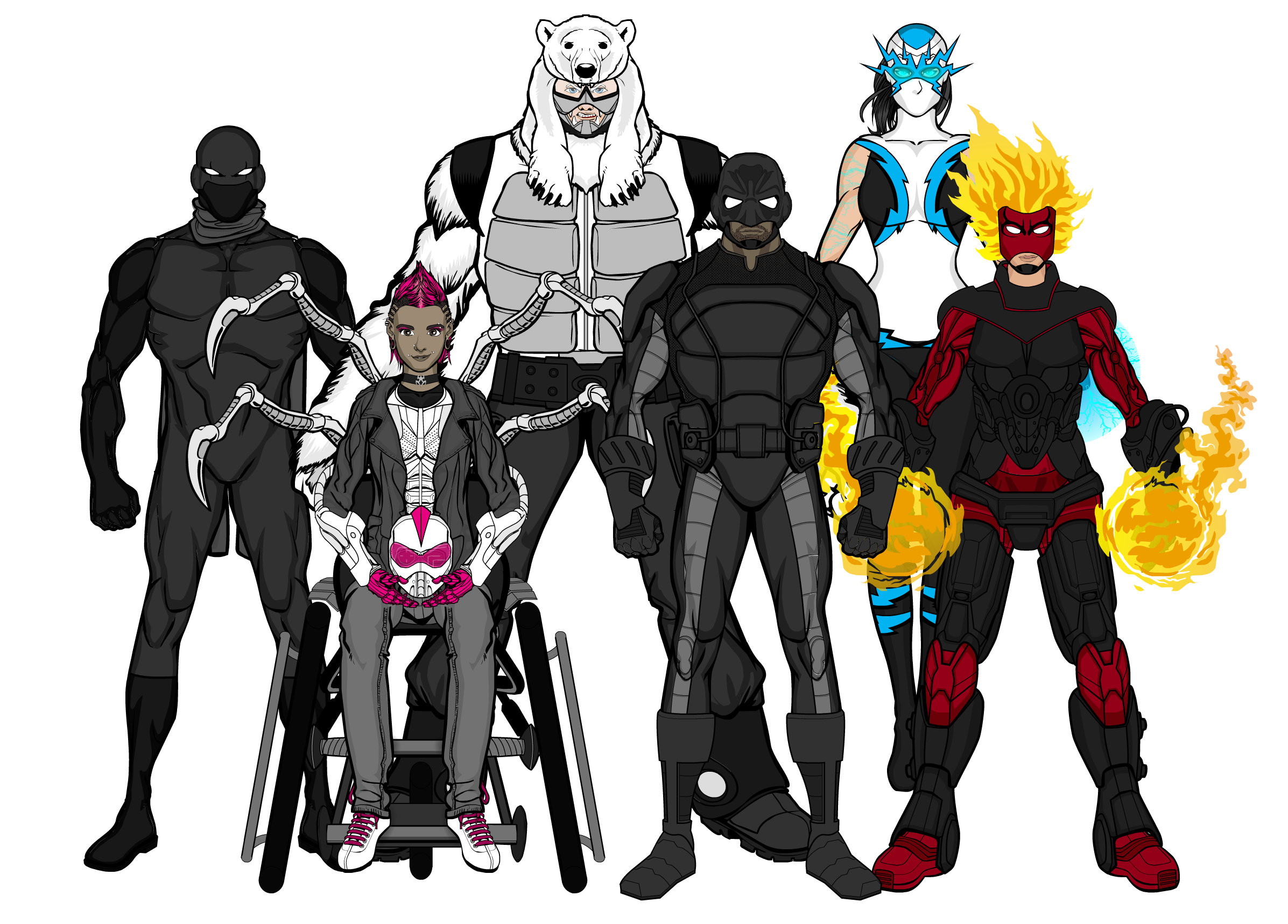 After the Golden Cross managed to take over W.I.L.D from within, new W.I.L.D Director James Rush decided that they needed a safety measure to prevent such an occurance from happening again. So he set to work with A Division member Luis Deacon (Blackstar) to create a team seperate from The Protectors to act as a counter-intelligence unit for W.I.L.D itself. However, as the team began to come together, both realised that, not only would this new team have to operate completely seperate from W.I.L.D, let alone The Protectors, but would be better served focusing on preventing and fighting threats to society that W.I.L.D is unequiped to fight, due to its status as a law enforcement agency. So, with a secret budget of W.I.L.D R&D funds, Deacon, now calling himself Catalyst, assembled his team. He brought Prodigy and Stinger with him from A Division, although Stinger is now confined to a support role due to damage taken to her mobility suit in the battle against Omnion. He also recruited former adversaries, Polar Bear, Voltea and Inferno, due to their previous motivations and MO’s being suitable for the job at hand (and of course, it’s better to have someone to take the fall). With the team assembled, The Saviours set out to do the seemingly impossible, save the world from itself.