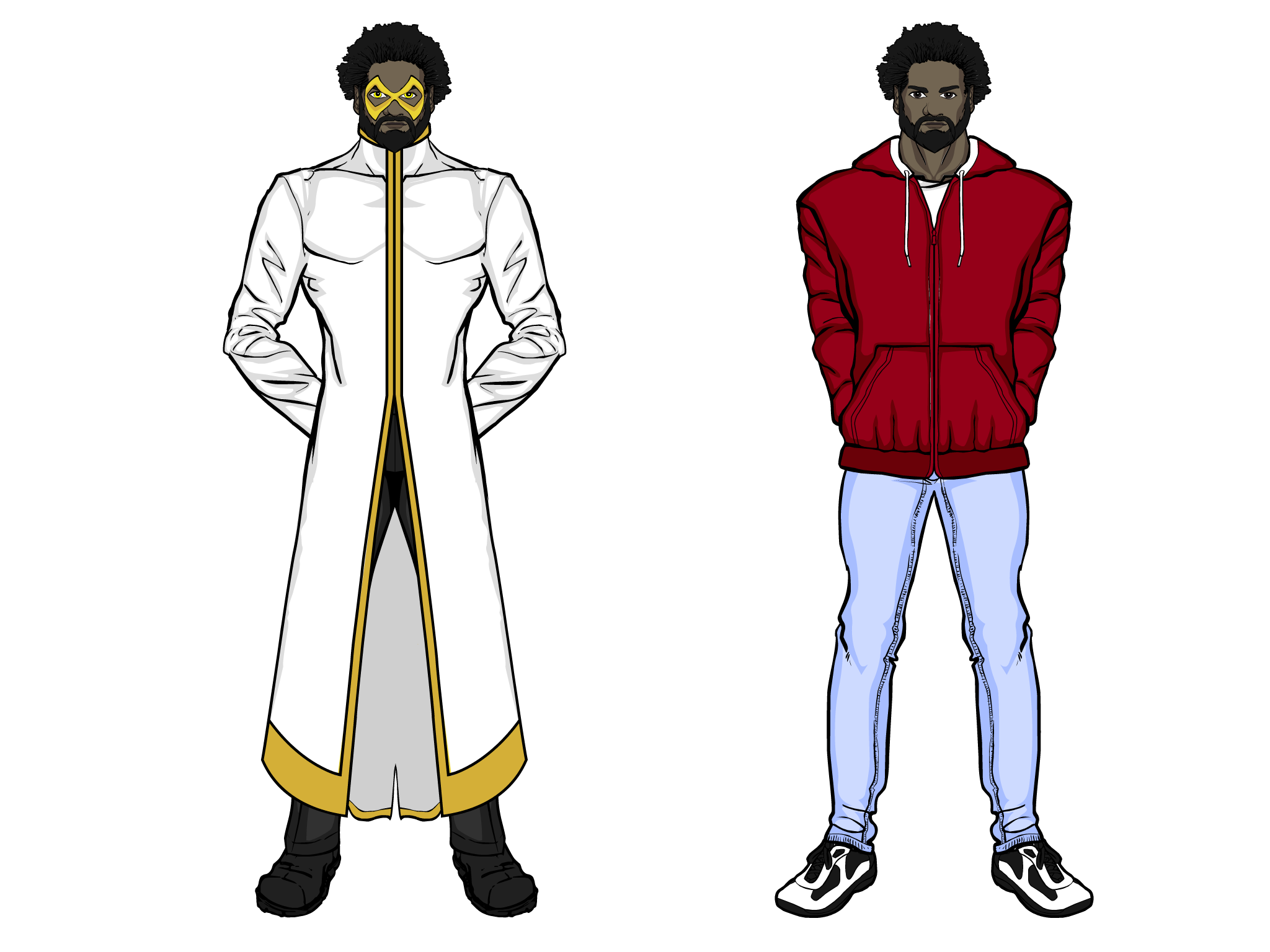 Profile: The inheritor of the Watchman title from Carl Barrett, Michael Barnes was a community outreach worker, running social clubs and community centre to try and keep kids in urban areas away from gangs and crime. As for how Barnes accquired the power of The Watchman, it would be most appropriate to say that it chose him. After Carl Barrett’s death during his fight against The Memorial Man (whom he sealed within his lantern), the lantern was taken into W.I.L.D’s custody, being a very powerful mystical artifact it would attract unwanted attention which The Outcasts were in no shape to deal with. It was during this time that it became apparent that the lantern was, if not alive then certainly it contained a living consciousness, a being known as The Light. The Light had already begun searching for a replacement for Barrett and settled on Barnes, teleporting him from his home to the W.I.L.D base where the lantern was held and merging the lantern with him. This means he is able to use all of the powers available to Barrett (teleportation, light control) but also gives him a few extra powers, such as Astral Projection, object animation and the ability to project 2D and 3D images/ objects made from light. At first, Barnes’ appearance and the disappearance of the lantern caused the W.I.L.D base to go into red alert, but the situation was resolved after The Light (taking the form of Carl Barrett) explained what had happened. Barnes now has a place in the new incarnation of The Protectors, as his predecessor did in the original, all whilst trying to learn about his new powers and the entity that bestowed them upon him.