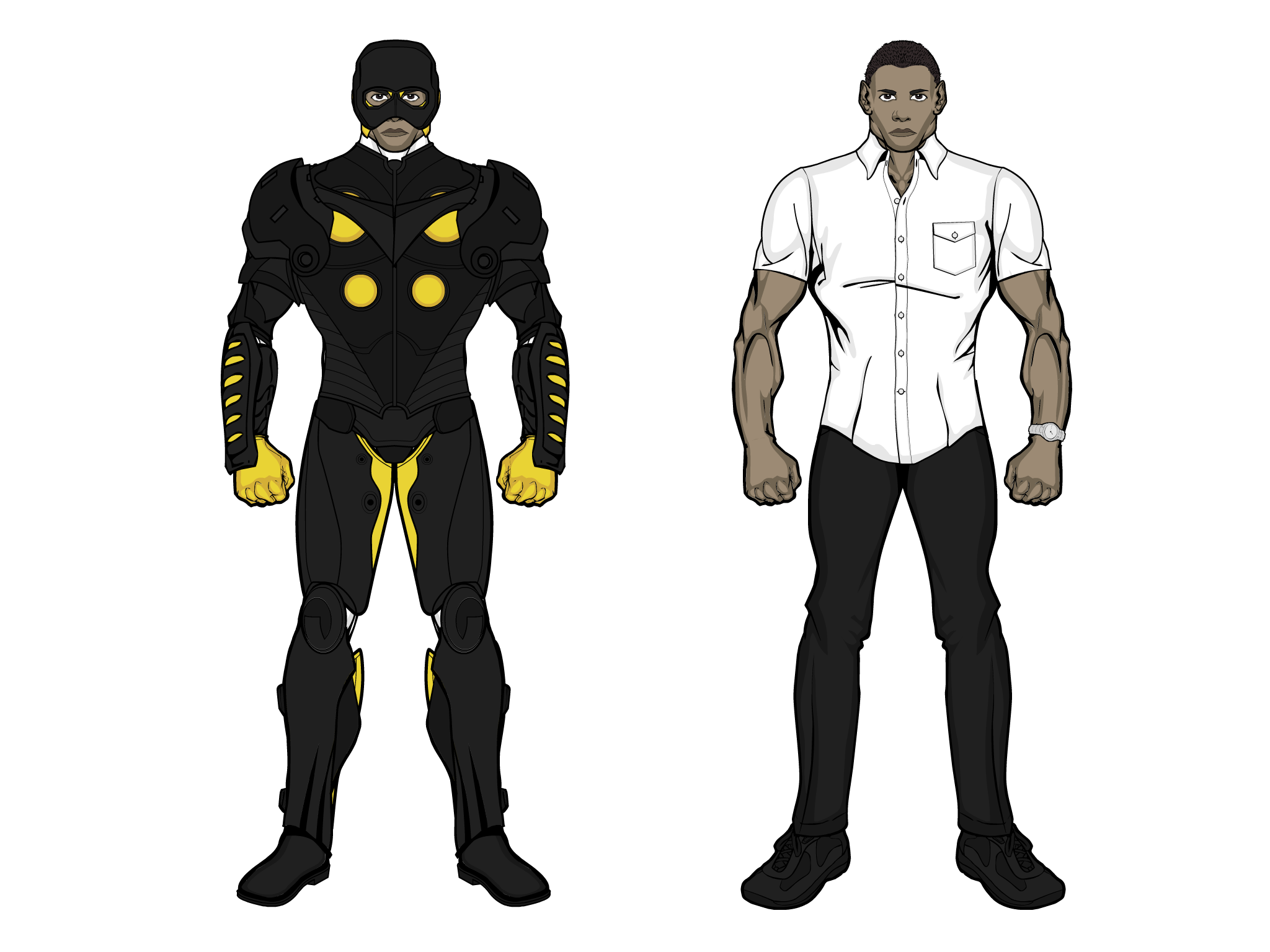 Profile: Born into a well-off middle class family and becoming high school sporting all-star, Marshal Davies had options to get a scholarship and maybe even turn pro, but he had a different dream. All he’d ever wanted to do with his life is to help people, to make life better for others, so he chose to join the police force instead, where he became a decorated officer. However, as hard as he tried to make a difference, nothing seemed to be changing and, as he had his eyes opened to so much of what was happening in the world, all he could see was that things were getting worse and that the system he was helping uphold was part of the problem. So when he was confronted by a lack of accountability in his own department after a shooting of an unarmed black teen, he decided enough was enough. He quit the police and decided to focus his efforts on community activism and justice reform. He also took on the alias of the Defender and, equiped with a suit that increases his strength and durability, he made it his mission to aid those in need and defend his community from violence, both from criminals and from the system. He turned down the invitation to join The Protectors at first, seeing W.I.L.D as just another part of the system. However, he was convinced to join by Luis Deacon (formerly known as Blackstar), who reminded Davies of his role as not only a fighter but as a role model for black kids world wide.