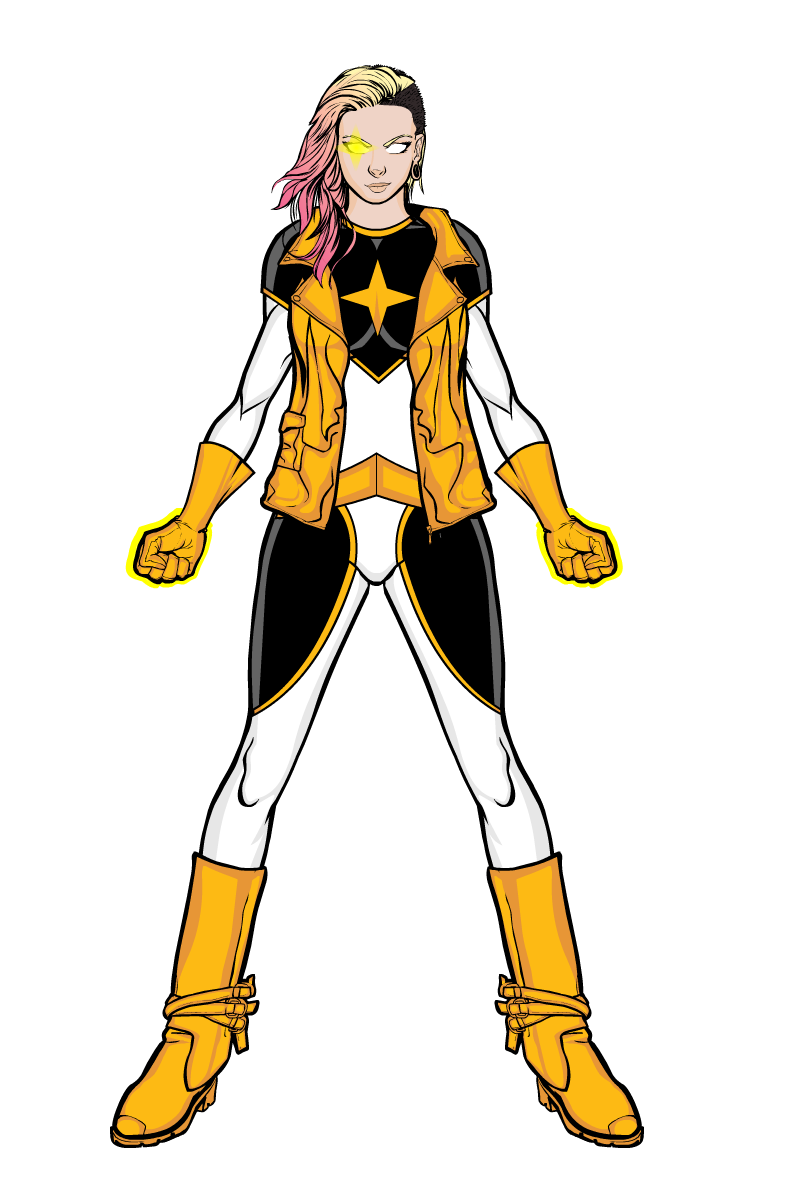 When Omnion went to fight The Spectre in order to take the Eldar of Destruction’s Heartcore for his own, he was met by a group of the strongest superheroes in the universe, including The Titan, Andromeda, Paragon, Arya and The Watchman. However, by the end, only Paragon was left standing as Omnion began his battle with The Spectre and The Muses (who had come to the aid of their brother). Even with All Power, Paragon wasn’t able to defeat the Svetalen, but he bought the Eldar enough time to retreat. In rage, Omnion brutally beat Paragon and snapped his neck. However, before he died, Paragon transfered his power to his companion, Impact, creating a new Paragon. At this point The Spectre and The Muses reappeared alongside The Extant, Overlord and Ruby. With all the Eldar gathered, the new Paragon engaged Omnion in the battle to decide the fate of the universe.

Due to her previous power (the ability to supercharge objects through contact) mixing with Paragon’s All Power (specifically, his limitless strength and speed), Casey Langley may well now be the most powerful superhero in the universe, with a punch from her being the equivilent of being hit with a neutron star.