Harvey Adams hails from a still unknown year in the far distant future where he somehow acquired a suit that allows him to travel through time. While others may have used such power to conquer the planet and set themselves up as some sort of temporal despot, Harvey had no such lofty goals. While he almost certainly could have messed up the timeline to make himself the all powerful lord of time and space, there would likely still be some do-gooder who decided to stick their nose in and set things right. Harvey was far too smart to get involved in that nonsense. All he really wanted was to make enough money to live comfortably and that’s exactly what he did.

Travelling through time and stealing all manner of priceless items, he later sold them for huge sums of money. He could have retired comfortably but his greed soon got the better of him and he continued his spree of time heists until he encountered the Watchguard’s Delta Squad (Steel Spectre. Trance, Surge, Nightshade and Shadowfang) who stumbled upon him mid heist and attempted to stop him. The increasingly arrogant time traveller refused to leave until he had secured his prize and engaged the self professed superheroes in battle, during which his suit was damaged. Eye-witnesses saw the Traveller and Delta Squad caught in a bizarre explosion that appeared to obliterate everything it touched, including the ground beneath it.

Though no bodies could be found, all six were eventually declared dead.

In actuality, they had all been sent hurtling through the time stream. Each emerged at a different point in time with a piece of the Traveller’s armor but the Traveller himself emerged in the old west alongside Steel Spectre. While there was initially some conflict between the two men, they quickly realised that they would have to work together if they were ever going to get what was left of the Traveller’s suit working again and get home. This was a plan that took far longer than either man could have realised and they ended up spending over a decade together as they searched for parts to repair the suit. Neither of the time displaced men seemed to age physically in those years and their bizarre circumstance forced the pair to grow close to the point where they became legitimately good friends. A wrench was thrown into their friendship for a time when both men fell in love with the same woman but Spectre won her heart in the end and Harvey graciously accepted defeat. For a time, Steel Spectre considered simply not going home and staying in the past with his new love but that love was tragically cut short when she was killed by bandits a few years later. With nothing left for either man in that time period, they finally and reluctantly managed to power up what was left of the Traveller suit enough to make a jump to another part of it elsewhere in the timestream.

They repeated this process again and again until they had reunited with the other members of Delta Squad in various parts of history and the Traveller’s suit was fully repaired, allowing them all to finally return to their proper time. Delta Squad emerged just in time to help the rest of the Watchguard fend off an attack on the west coast by invading forces of the Terminus. While the others rushed off to join the battle, Steel Spectre stopped for a moment to ask his friend to use his time powers to help.

All he got was a knife in the gut.

It seemed Harvey hadn’t put his hatred aside after all. He had only been using Spectre long enough to rebuild his suit and he let him know it in the worst way possible. The Traveller vanished, leaving his friend to bleed out. Fortunately, when they realised that Steel Spectre hadn’t followed them, the rest of Delta Squad returned to find him. Spectre survived that night but he was hurt physically and emotionally by someone he considered family. While the others were quick to right the Traveller off as an evil coward, Spectre wondered if perhaps there was still a trace of true friendship in the Traveller. After all, why even bother bringing Delta Squad back to their own time once his suit was repaired? Why did he conveniently miss all of Spectre’s internal organs when he stabbed him? Trance accused him of clutching at straws, refusing to see the truth about someone he had considered a friend but Spectre remains hopeful that some element of the man he came to consider a friend is still in there.

The Traveller hasn’t been seen for years since this day but given the nature of his powers, it’s entirely possible that he could return at any point.

Only time will tell if he returns as friend or foe. 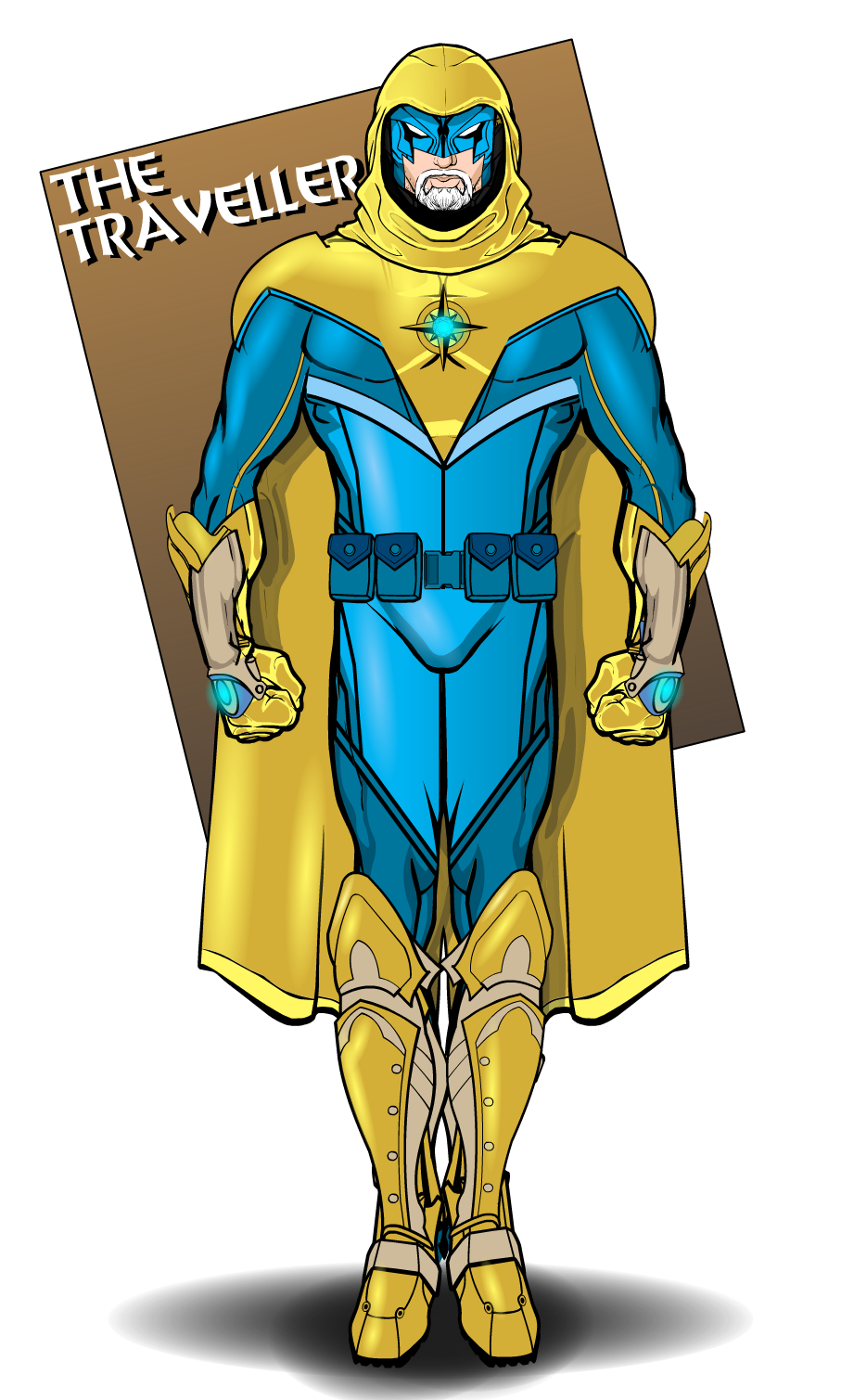