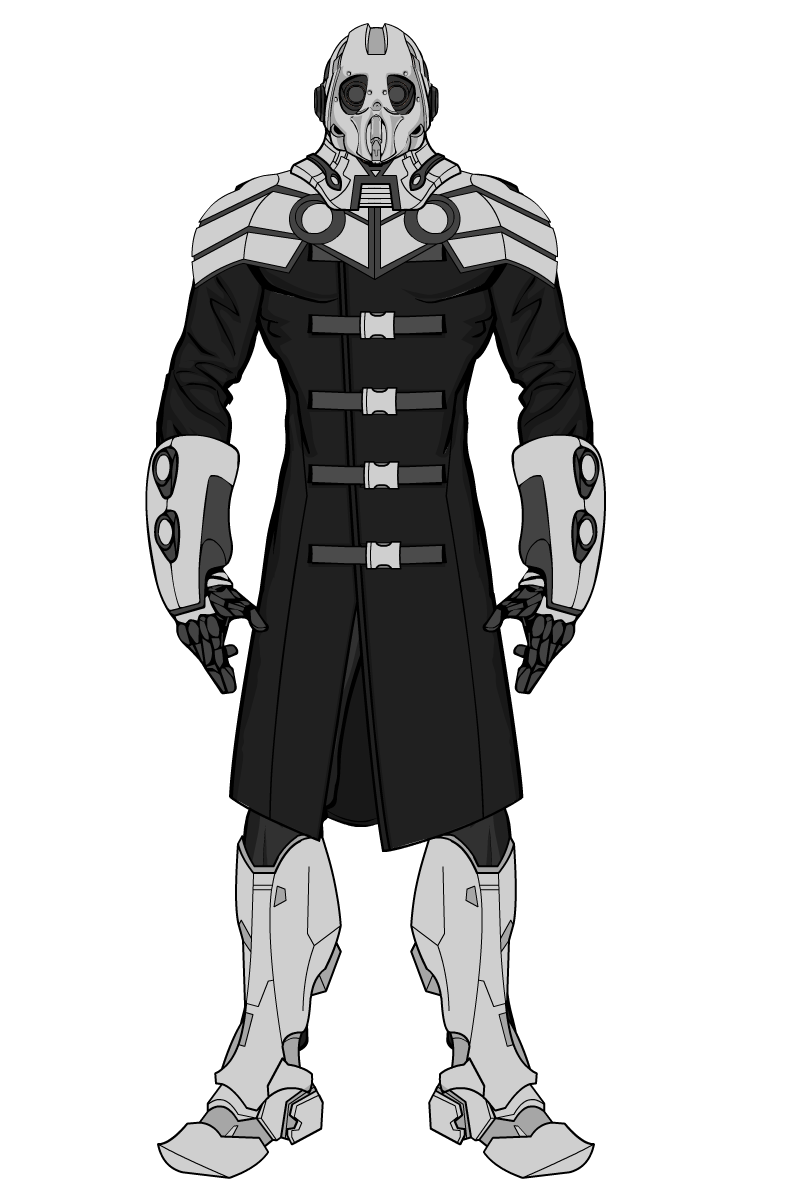 The Damourans of Damoura are a people known for their toughness and militaristic nature. They are strong, with high stamina and resistance to pain, as well as generally an analytical way of thinking that makes them excellent soldiers. As such, the species makes up around 80% of all soldiers in the Galactic Republican Army. Sigma Mask is just one example, serving as General of 14th Squadron. A former close friend of Aesia Kael before the Galactic Guardian was captured by Omnion and thought dead, Mask was one of the most decorated soldiers Damoura ever produced. Helmets have a special place in Damouran society, the coverage of the helmet denotes a warriors status. A new recruit will have no face coverage, just a skull cap, whilst a high ranked solider will show no skin on their face, head or neck. Mask is one of very few to be afforded the honour of his mask extending to his shoulders, due to his actions in saving 7 systems during an incursion by the Dvaarin. However, since the Omnion crisis struck the Galactic Republic, war has raged between people long thought to be allies and the Damourans, being the frontline of the defence of the Republic, are on the verge of being wiped out. This has led to a growing Damouran Seperatist movement, a movement that looks towards Mask as its inspiration and for leadership, leaving Mask to choose between his loyalty to the Republic or to his people.