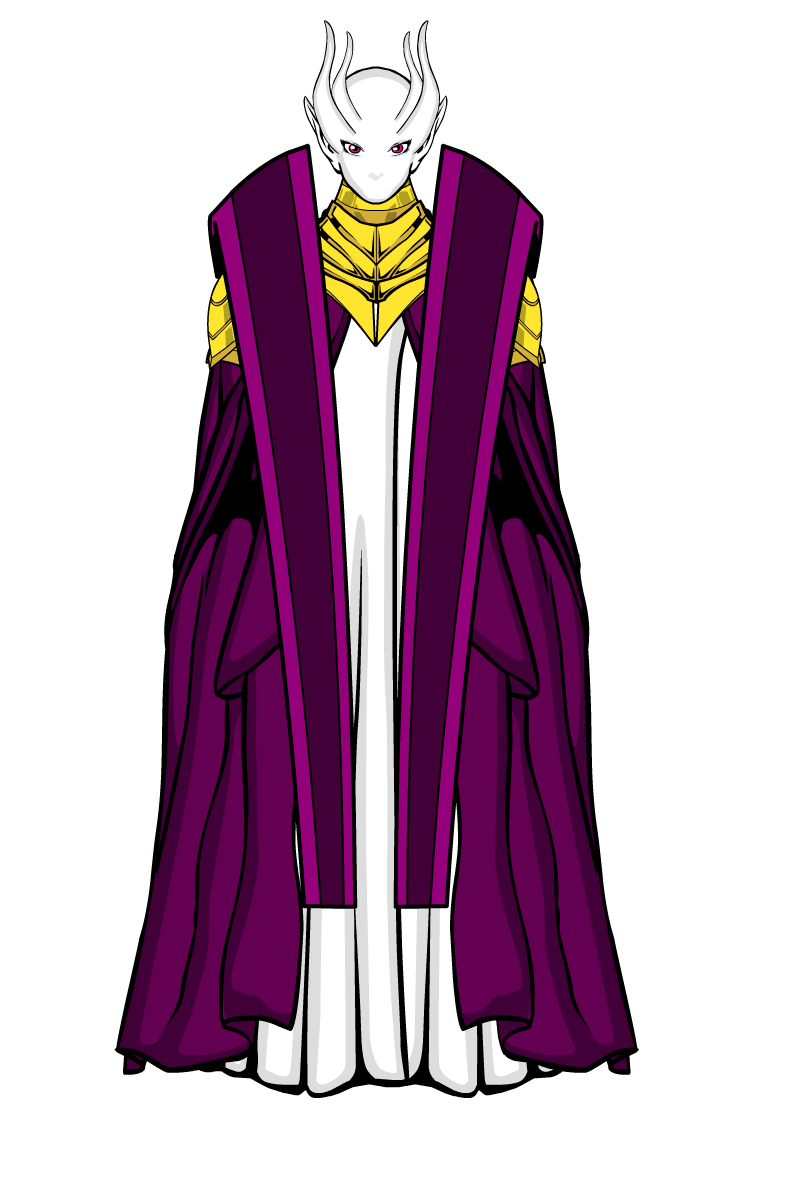 The President of the Cosmic Council and the Galactic Republic as a whole, Xenos’ period of leadership has been defined by a period of conflict and uncertainty not seen since the days before the formation of the Republic. Politics between the member systems of the Republic has always been fraught with controversy and delicate manueverings in the chamber and behind closed doors have been able to forge alliences that have kept the peace for generations. However, this has brought about a system that sees much of the power lie in the hands of a select few peoples, the four most important being; the Rkuten of Makatra (a people well versed in commerce and information, known as a financial power in the Republic), the Costrilians of Costrila (the resource power, with a system rich in rare and useful minerals), the Svetalen of Prisax-V (the great foundry of the Republic, who create all of the technology that keeps the gears turning amongst the systems) and the Damourans of Damoura (best known as the soldiers of the Republic as their people make up a significant proportion of the security forces for the Republic). The power balance between these four races is crucial for the survival of the Republic, especially recently, as a trade dispute has been brewing between the Rkuten and the Costrilians. This did not escalate into open hostilities until the Omnion crisis, which saw the Svetalen become pariahs of the Republic and loose a large amount of their influence. With the balance of power shifted, a war erupted over the trade dispute and raged across the Republic, threatening its complete collapse.