@Ubiquitous Pixel: It would be an interesting fight, but I get the feeling that they’d probably just end up chatting about universal fundamentals and the meaning of existance. I mean, I’d hope that’s what would happen, because otherwise we’d all be pretty screwed. Well, if Arcane/ Void can even find The Extant…. segue 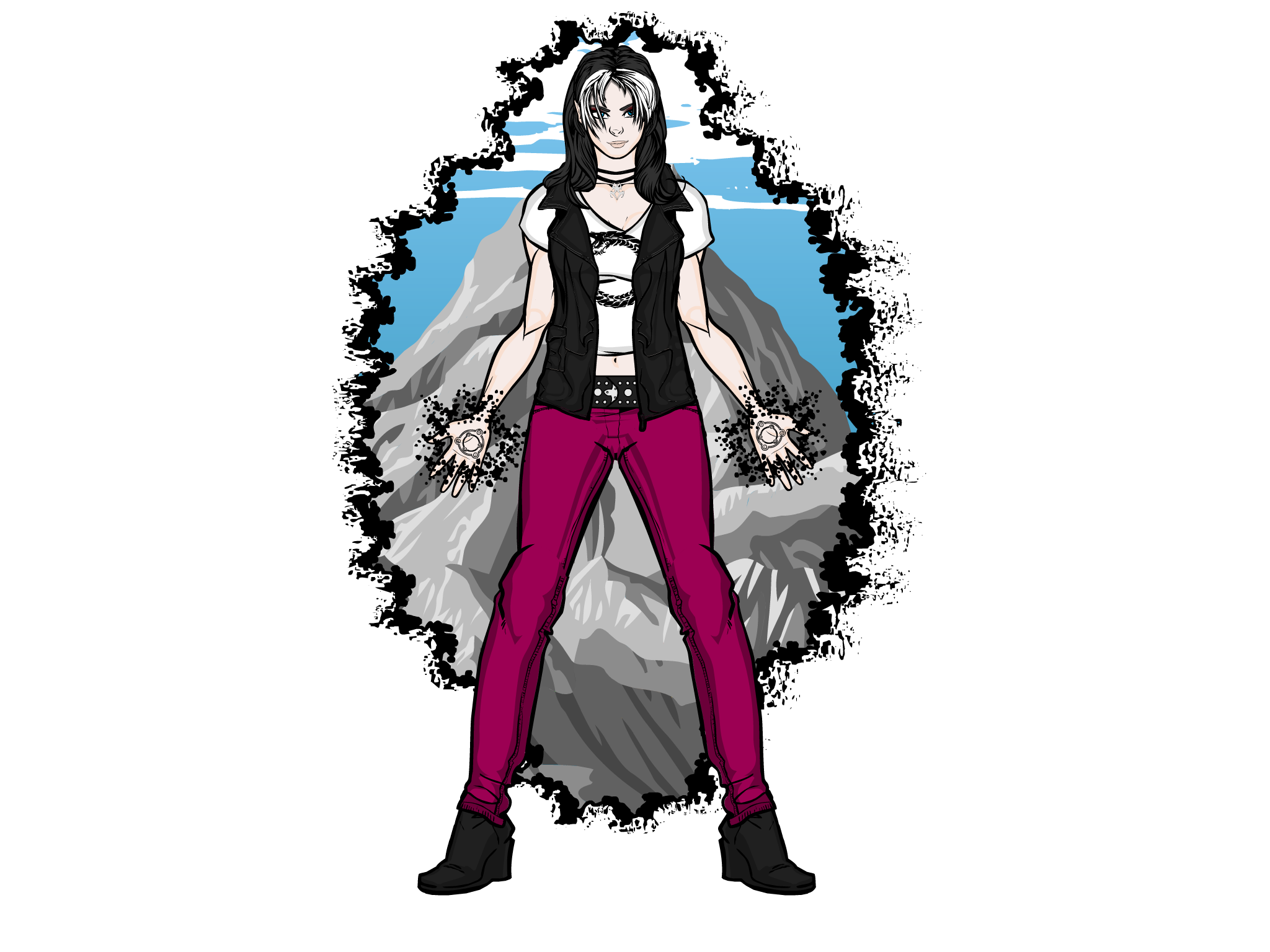 The Eldar, due to their fantastic cosmic power, are viewed as potential targets for the power hungry and, as such, are adept at hiding themselves, whether in the depths of space, throughout time or within their own pocket dimension. However, only one hides in plain sight. The Eldar were the first humanoid beings and all humanoid life evolved to ape the template they laid out, so it should be obvious that at least one of them would choose to hide away amongst the trillions upon trillions of humanoid life-forms in the universe and, to add a further layer of protection, they don’t even know they’re hiding. Sempi Turner is the human disguise for the Eldar known as The Veil (the twin and cover for the fantastic reality bending power of The Extant), constantly in a state of life, death and rebirth across multiple realities. It is unknown why The Veil chose Earth as her hiding place, but she has lived her since the dawn of humanity. As her human form dies of, The Veil will access the power of her twin and influence the creation of a new human life to conceal herself within in a different reality. This is done by instinct, The Veil (who essentially is the human) doesn’t even know she is doing it, but it is essential for her survival. If the human form becomes aware of their role as The Veil, they may become able to access the power of The Extant and be able to manipulate reality, thus setting The Extant free and potentially destroying The Veil (and, in the worst case scenario, reality itself). An interesting phenomina has been noted by those that study The Eldar. When an Eldar dies, their Heartcore is drawn to the location of The Veil and The Extant. This could potentially mean that she has the power to resurrect them, or it could just be that they find comfort in being near their family and the twins are the only Eldar to live in one place consistantly (if not always within the same reality as her siblings).