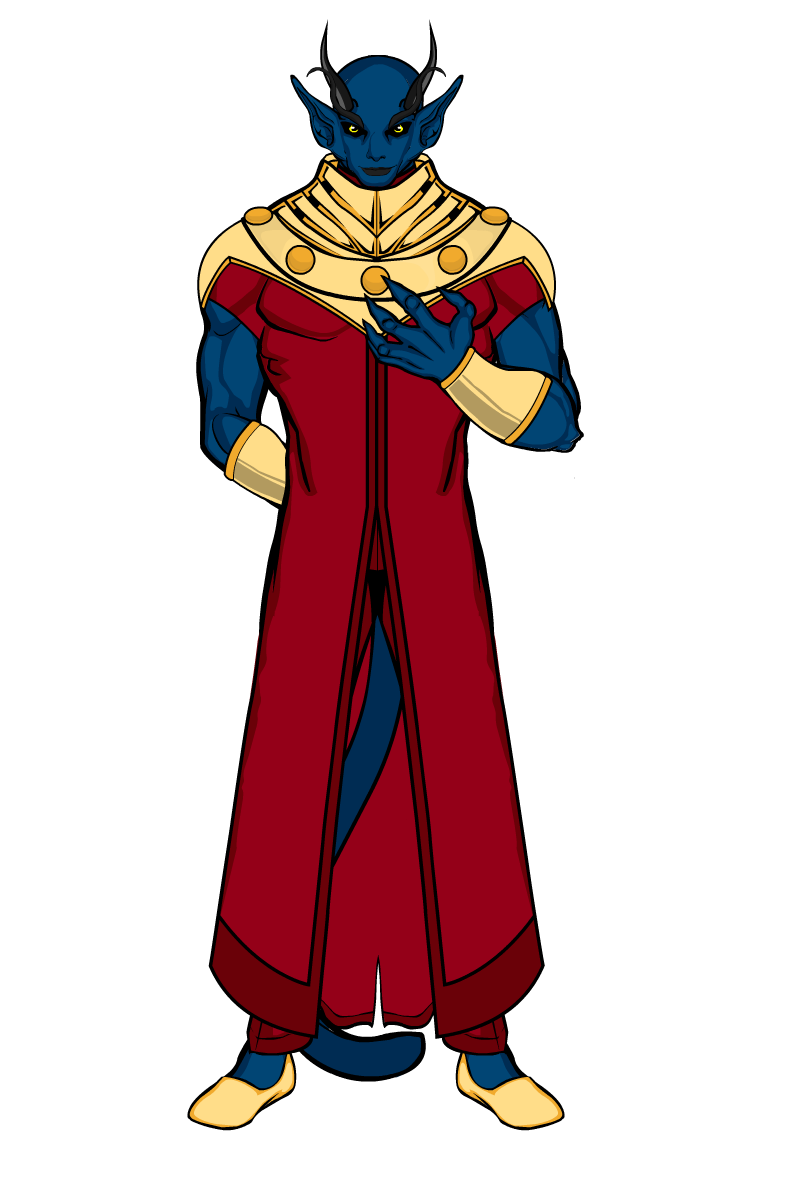 Malaki: Omnion’s son, Malaki is his father’s most trusted follower, his second in command, his favourite. Malaki has a curious ability, one that has proven very useful to his father (and to himself) in the past; his words are like a toxin. When Malaki speaks, what he says seeps into a listerners mind and poisons their thoughts. He can convince anyone of anything, he could tell you the sky was red and it would be, you would not just believe him, it would be the truth to you. His power goes beyond mind control, he can almost rewrite a persons thoughts, make their friends into mortal enemies just with a turn of phrase. 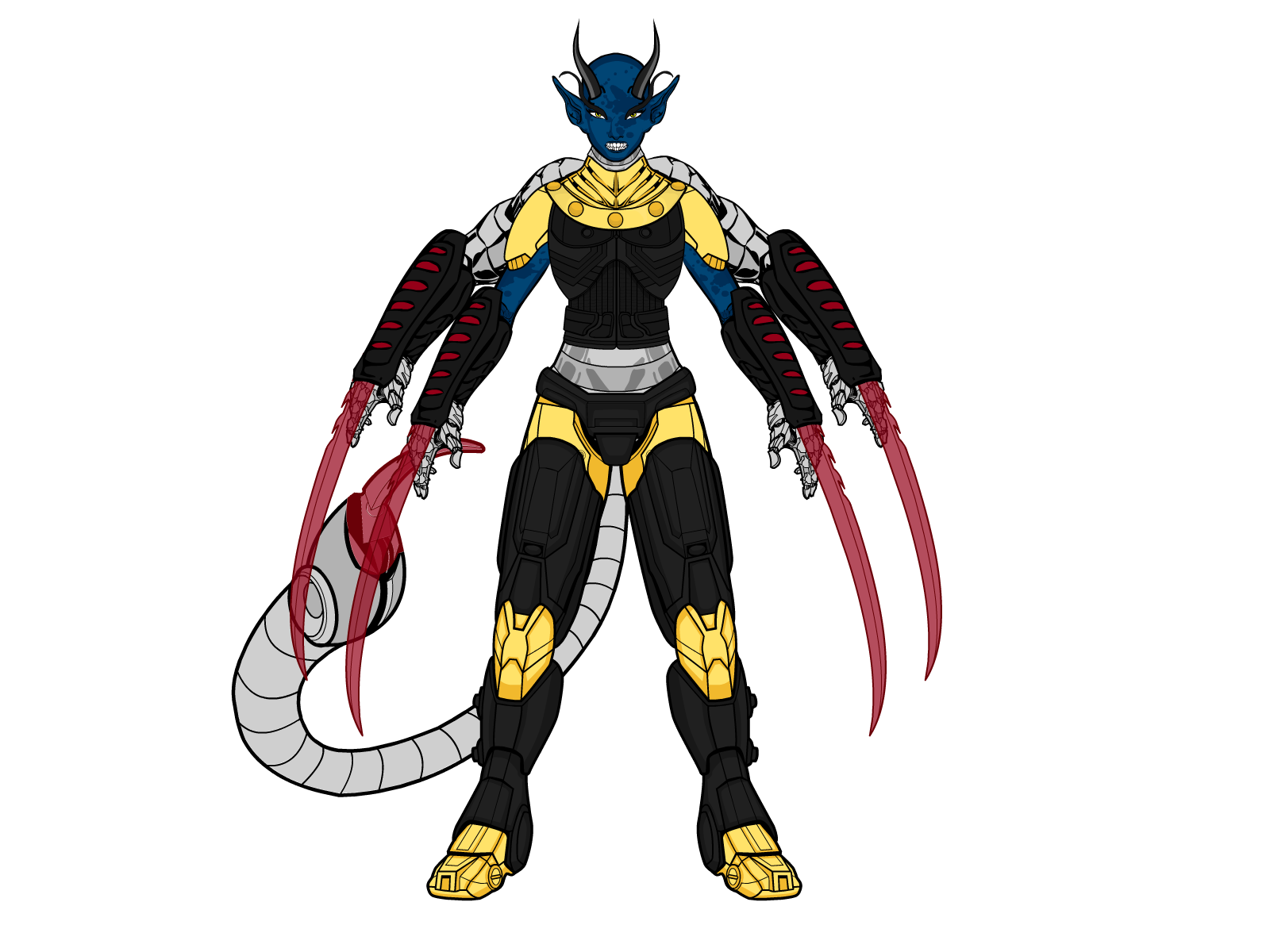 Illandra: Omnion’s daughter and Malaki’s sister, Illandra is less favoured than her brother, but she makes up for it in her sheer brutality in service to her father. A fearsome fighter even amongst Omnion’s forces, she went a step further than her brother and volunteered to be experimented on by her father, reulting in her extra cybernetic arms and scorpion-esque tail. She prides herself on never failing her father and her body count far exceeds any of the other Disciples. 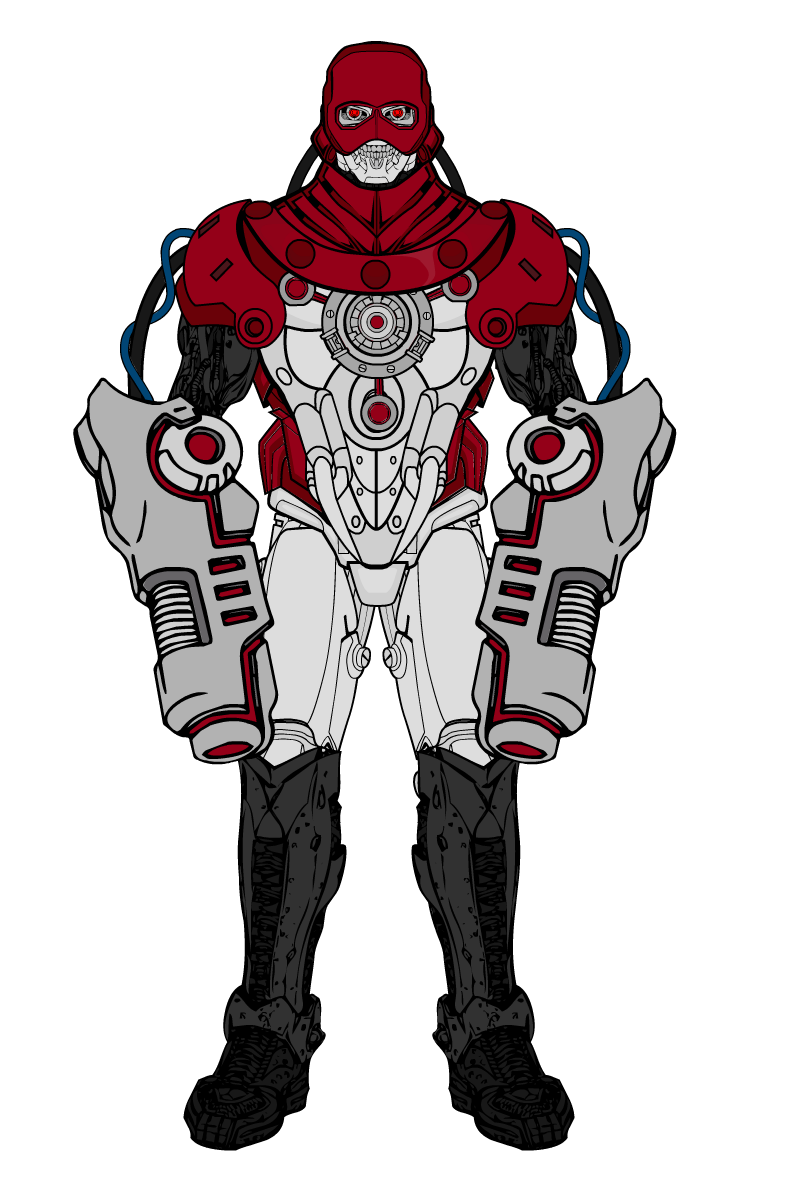 Mortuus: The leader of the Revenants, Omnion’s General. Mortuus was created to be the perfect killing machine, in service to Omnion’s grand plan. Powered by the spirit of a primordial being bound inside an energy core, Mortuus is the most powerful of the Disciples, but he is completely subserviant to his master, as his programing compels him to be. Mortuus retains a network link to all other Revenants, allowing him to instantly relay battle plans and orders even if he is on another planet. However, the network isn’t infallible, the link can be broken if a Revenant is damaged in specific ways. Also using the network can leave Mortuus vulnerable in combat situations upon access, if only for a brief second, so he tends not to use the network when he is in direct combat.