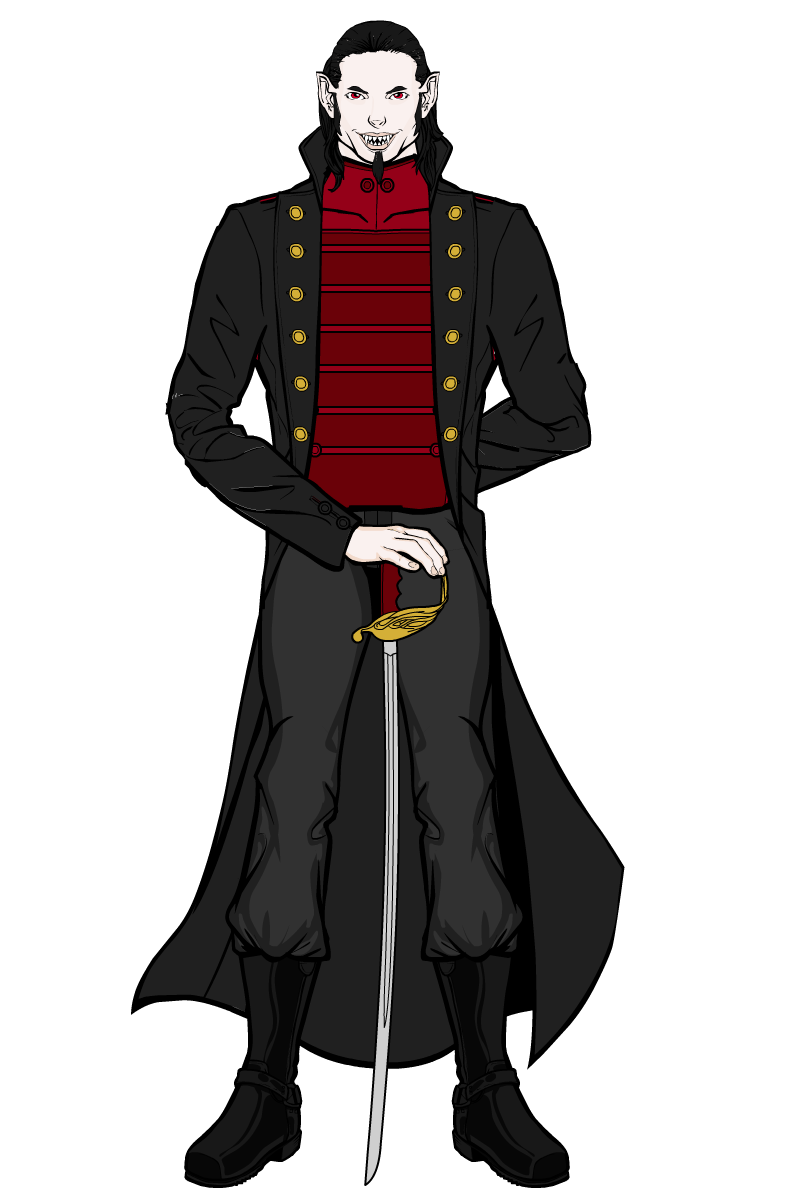 Often known by his title of Lord Dhampyr, Andras is the leader of the largest vampire settlement in America. Over 500 years old, Andras was forced to flee his homeland of (what would later become) Romania due to the Ottoman invasion and would spend the next few centuries travelling across Europe “recruiting” followers, before making his way to the new world. It is unclear how Andras became a vampire, but what little is known of his family tree does tie him to the Wallachian nobility, thus making him a relitive (though how close is not clear) of Vlad III, also known as Vlad Dracula, the man widely believed to be the first of the European vampires (and if not that then certainly the most powerful of them). Of course, as would be expected of such a powerful supernatural force, Andras has come into conflict many times with the S.R.C and is high on their list of temporal threats.