Eons ago, the alien species known as the Preservers used their technology to advance life on countless worlds, including Earth.

The Preservers were so advanced that they eventually found a way to ascend to a higher form of life and become beings of cosmic energy. They abandoned the younger species that they had been watching over, leaving the mortals to their own affairs.

Life as a higher being wasn’t all it was cracked up to be though and a faction of Preservers broke off from the rest, intending to establish themselves as gods in the eyes of the lesser beings. The main body of the Preservers had sworn to never interfere in the lives of mortals again and even if some of their own broke that rule, the rest refused to interfere.

One Preserver saw the error of this though and took it upon himself to track down these rebels. His efforts took hundreds of years but were ostensibly successful when he captured their leader and the rest of the rebels scattered to various corners of the galaxy.

Trapping the rebel leader in an advanced prison cell disguised as a comet, the Preserver lawman set it to travel through the cosmos so no one would be able to locate it and orchestrate a  prison break. Deciding that he could not return to his people, the lawman settled on a backwoods planet known as Earth where he could track the comet prison as it routinely passed by the planet.

Taking mortal form to better blend in, the lawman did his best to stay out of mortal affairs but over thousands of years with his energy trapped in a mortal shell, he began to lose much of his memory. An unexpected side effect.

In modern times he remembered that he was not of this world but he struggled to remember just where it was that he came from or even why he was here. He did know that he was very powerful and that he had a desire to fight injustice. So he used that power to join the growing number of masked heroes that fought crime and injustice.

Taking the name Neutron, he fought for the people of Earth for decades, becoming one of the planets greatest heroes. But over time Neutron became increasingly violent in his treatment of criminals, brutalizing many of his opponents. This behaviour began to alienate Neutron from many of his fellow heroes. Neutron’s anger and frustration grew with humanity but reached a tipping point when the mysterious hero Comet arrived on Earth.

Neutron couldn’t explain why he hated Comet so much but he knew that he was justified in his feelings. Comet was not the hero he claimed to be. Neutron just knew it. Neutron and Comet came to blows on a number of occasions afterwards turning Neutron from violent hero to psychotic bad guy. He still saw himself as the hero though and everyone else as idiots and cowards too scared to do what needed to be done.

Neutron became the bad guy for years until the day came when the combined heroes of the world fought the spirit of destruction, Entropy who had possessed many of the heroes who now sought to destroy him. Neutron arrived in the middle of the battle and suggested that Entropy take control of his body and use his strength to crush the so called heroes. Entropy jumped at the chance. It would be the last mistake he made though. Neutron proved too powerful for the spirit of destruction to fully possess and Neutron still had enough control to hold Entropy within himself long enough to escape Earth and blast off towards the sun. He would finally put an end to the monster that had plagued Earth for years. Something not even his hated enemy Comet could do. He would do this even if it killed him. Comet flew after Neutron, begging him not to through his life away but Neutron was too determined and blasted Comet one last time, knocking him out. When he came to, Neutron was already gone.

Neutron died a hero, saving the world from an enemy that would have gleefully destroyed it.

Or so everyone thought.

Neutron’s story didn’t end that day. Before he could reach the sun, he was scooped up by a mysterious alien ship crewed by none other than the rebel Preservers. The Preservers separated Neutron and Entropy and kept them in stasis while they travelled to Earth, intending to find their lost leader and establish themselves as gods to the pathetic humans who lived there.

The rebel Preservers attacked Earth and its defenders and abducting Comet.

It was then that the rebels new leader, Gamma Ray revealed both Neutron and Comet’s history. Informing Comet that he had not only been one of them…he was their leader.

Comet had no memory of this at all. All he remembered was his life on Earth and the people he cared about. Comet siding with the people of Earth surprised not only Gamma Ray but Neutron too. In an instant he put his years long hatred of Comet aside and they banded together to stop Gamma Ray. Neutron was instrumental not only in turning back the Preservers but also in the fight against an Entropy possessed Gamma Ray who had joined with the spirit in a last ditch attempt to win the battle.

Despite the combined efforts of Neutron, Comet and many of Earth’s other heroes, Gamma Ray eventually got the upper hand. The surprise return of the sorceress known as The Keeper caught Gamma Ray unaware though and she was able to separate him from Entropy, destroying the spirit of destruction in the process.

The battle continued however with Comet, Neutron, Gamma Ray and the other Preservers shifting back into their energy form and fighting each other while Earths forces fought off the invasion of the Terminus, triggered by Gamma Ray in one final screw you to humanity. (See Gamma Ray and his accompanying story for a more in depth look at all of this)

When the forces of the Terminus were turned back and the dust finally settled, none of the Preservers were anywhere to be found, including Comet and Neutron.

Days passed and both heroes were declared M.I.A. Many thought the Preservers had torn each other apart in the skies and were now dead but during a memorial service for those who died in the invasion, Comet suddenly reappeared in a flash of light that coalesced into his human form. He seemed entirely unaware of where the others had gone.

Several months later, Gamma Ray reappeared and attacked Comet. Their battle only ended when Comet recruited the young hero Starborn to teleport Gamma Ray to a far off corner of the galaxy. Comet noted that Gamma Ray had returned alone though. None of his troops were with him. He was unsure why but he had a feeling that Neutron had something to do with it.

He was correct. After the battle for Earth, what remained of the rebel Preservers had fled and Neutron had made it his personal mission to track them all down and ensure that they would never return. Neutron had made the decision to exile himself from Earth until this mission was complete and he could redeem himself for his past actions.

Neutron has become known as a guardian and hero throughout the cosmos, regaining much of the honour he had lost on Earth. 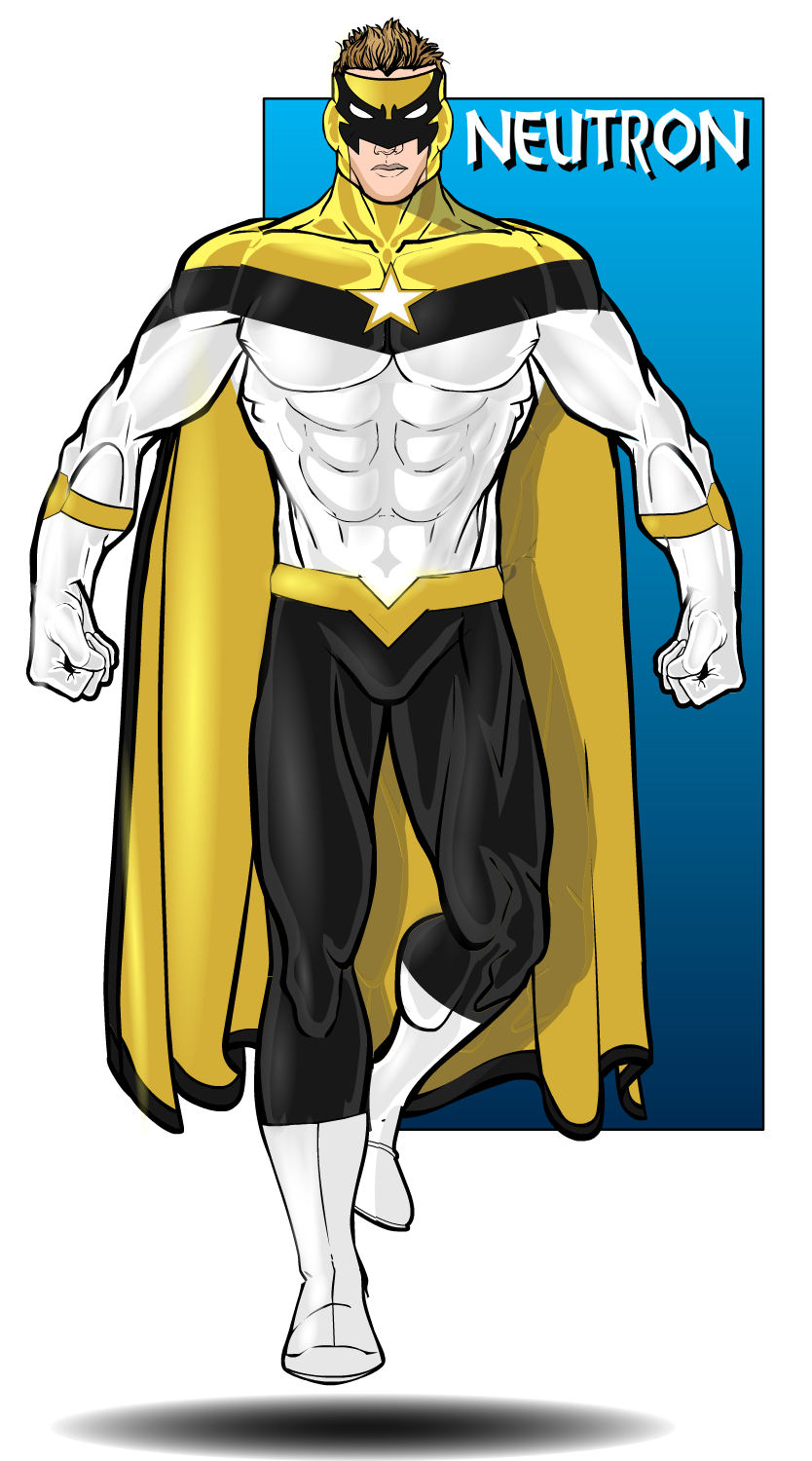