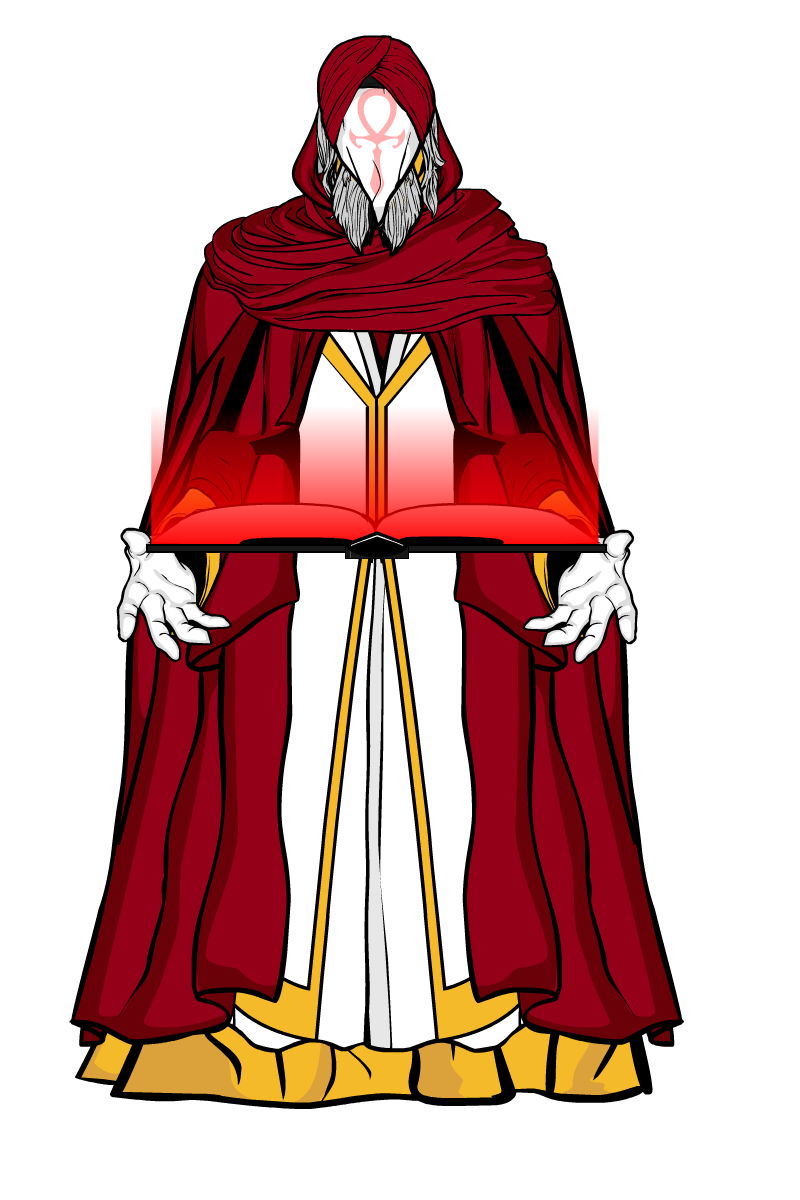 One of the Eldar, The Guide has the power over a particular fundimental aspect of the universe, much like his siblings, in this case; time. The Guide doesn’t experiance time in a linear fashion, or at least in the same linear fashion as we do, that much is obvious. How he does experiance it is somewhat unclear however, he appears randomly and his knowledge of events is often scattershot at best. He may sometime have knowledge of past events, sometimes not. Often he will know of things to come, but other times he will not, as if his own timeline is seperate from our timeline and intersects at random points without consideration for causalility nor continuity. One fact that we do know is that, at some point, The Guide dies. When that happens is unclear but The Guide has confirmed that the “Ruby Of The Gods” that lays in the Temple Of Amul-Zatl is in fact his own Heartcore. The book he carries is the subject of much debate amongst those who study the Eldar. Some say it contains information on every event that has and ever will happen, others say that the book acts as a portal in time, much as The Other’s core acts as a portal in space, and there is one school that believes the book contains nothing. The Guide never shares the contents of his book, so the secret will remain a mystery until the day that The Guide inevitably dies, unless that day has already happened.