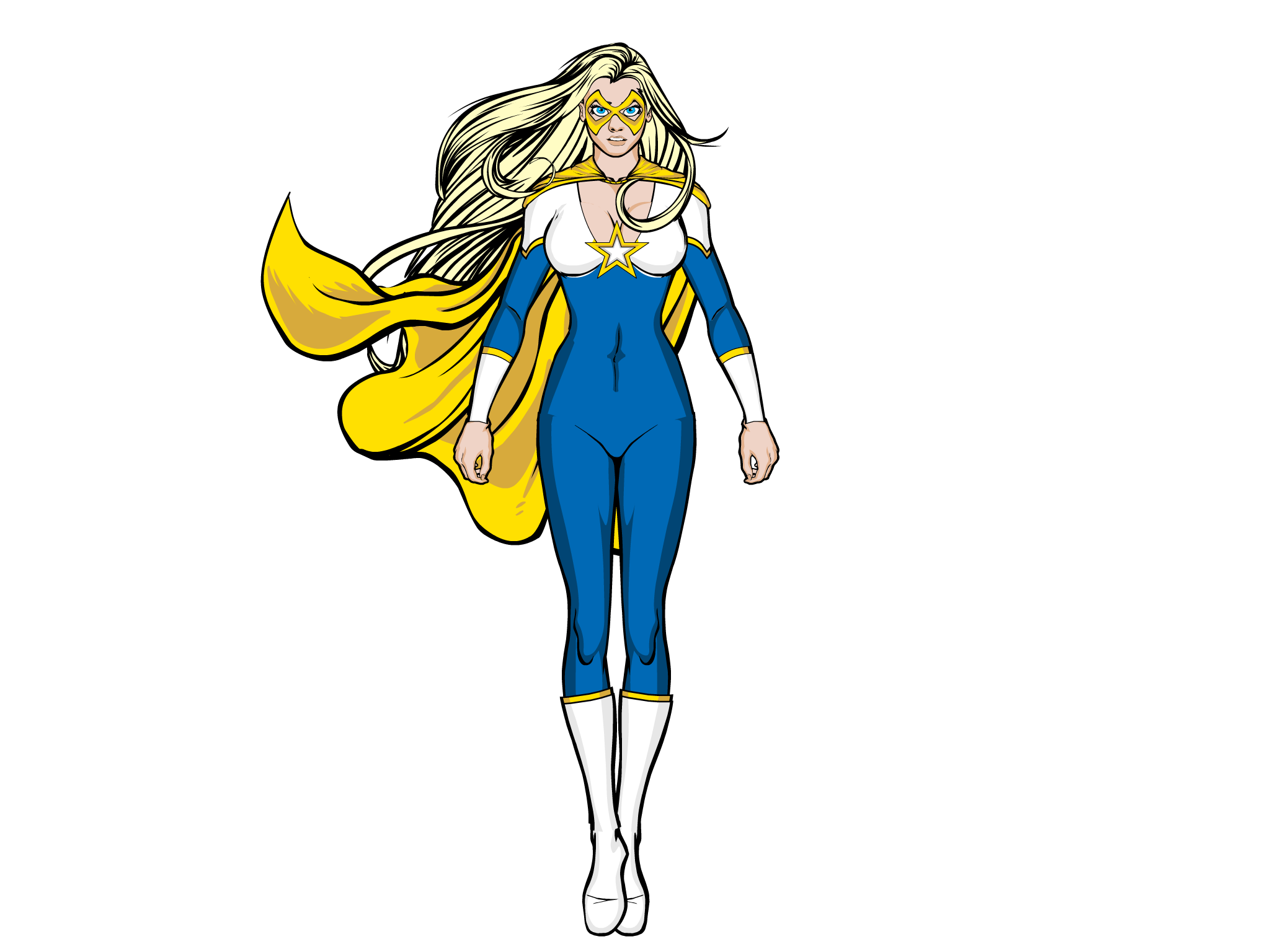 Before joining W.I.L.D, Lucy Falkner spent much of her teens as a superhero for hire, fighting “crime” for the highest bidder. Of course, she didn’t have much of a say in this, her commissions and pretty much her entire identity was controlled by her father, who lept at the chance of making money off of his daughters new superpowers after his public relations career failed to take off the way he had hoped. Of course, with her father controlling every aspect of her life, from what food she could eat to who she could be friends with, Lucy hated her life. She hated how she had to bleach her hair (“blonde is much more attractive and suggests purity and virtue” as her father said) and grow it long, she hated the stupid cape she had to wear and the fact that her costume showed off her chest, but most of all she hated the feeling of not having any control over what she was doing. The commissions she would take (upon her fathers strict review) would invariably clash with what she felt she should be doing as a superhero. Fortunately, one benefit of being a famous superhero is that you get to meet other superheroes and they were all on Lucy’s list of “people she was allowed to be seen with” (good publicity you see). And one such hero she meet during this time was King Hawk, who, in his civilian identity, was a pretty good lawyer and helped Lucy wrestle her life back from her father.