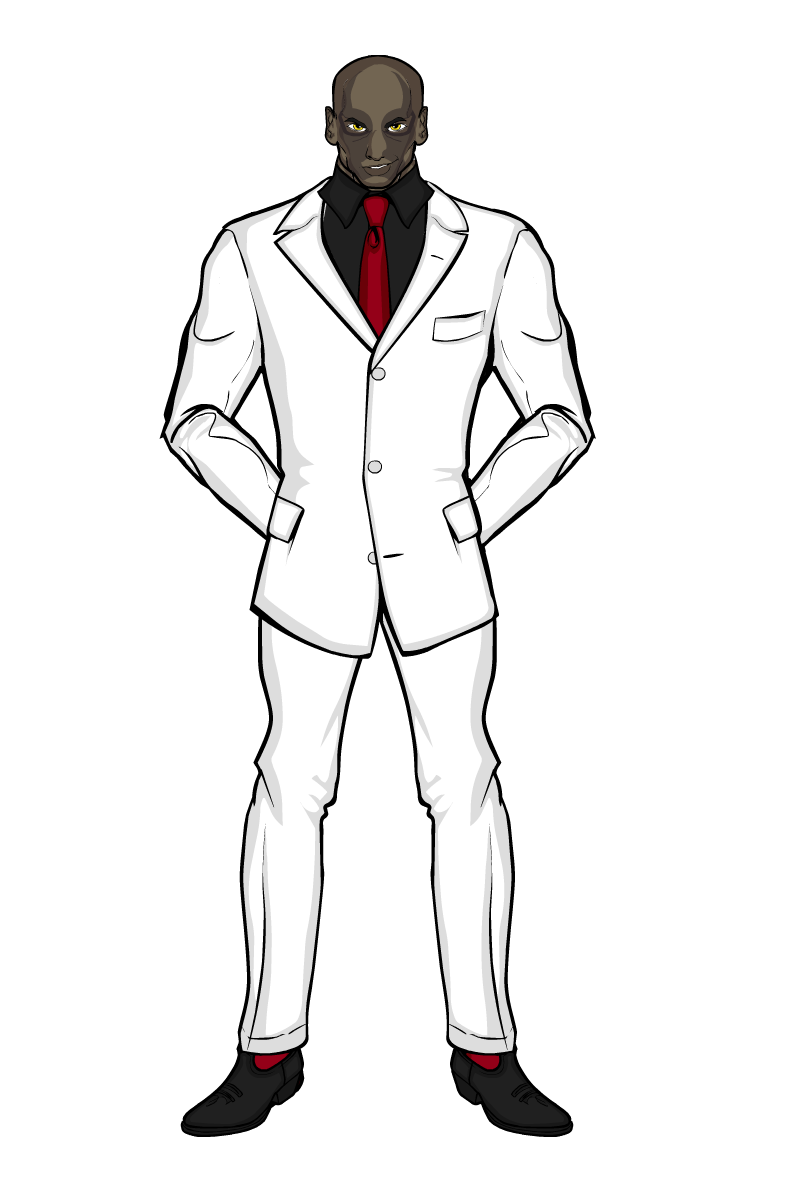 After the death of the Golden Guardian and Andromeda’s disappearance, Eddie Edwards (also known as Mr. E) essentially dropped off the face of the Earth. No-one knew what happened to him, he just vanished. Years later he would reappear as Mr. Edwards, a vicious, vindictive and violent criminal facilitator. The reaon for his drastic change is unclear, but it is obviously apparent that he is targeting his former Protectors team-mates. He sent the Oliver twins after Goliath Man’s super strength formula in order to aquire it himself, he organised the kidnapping of Andromeda’s sister Impact whilst she was travelling with Paragon and, most recently, he ochestrated the bombing of the A Division headquarters and the arson of the Outcasts home, The Hideaway.