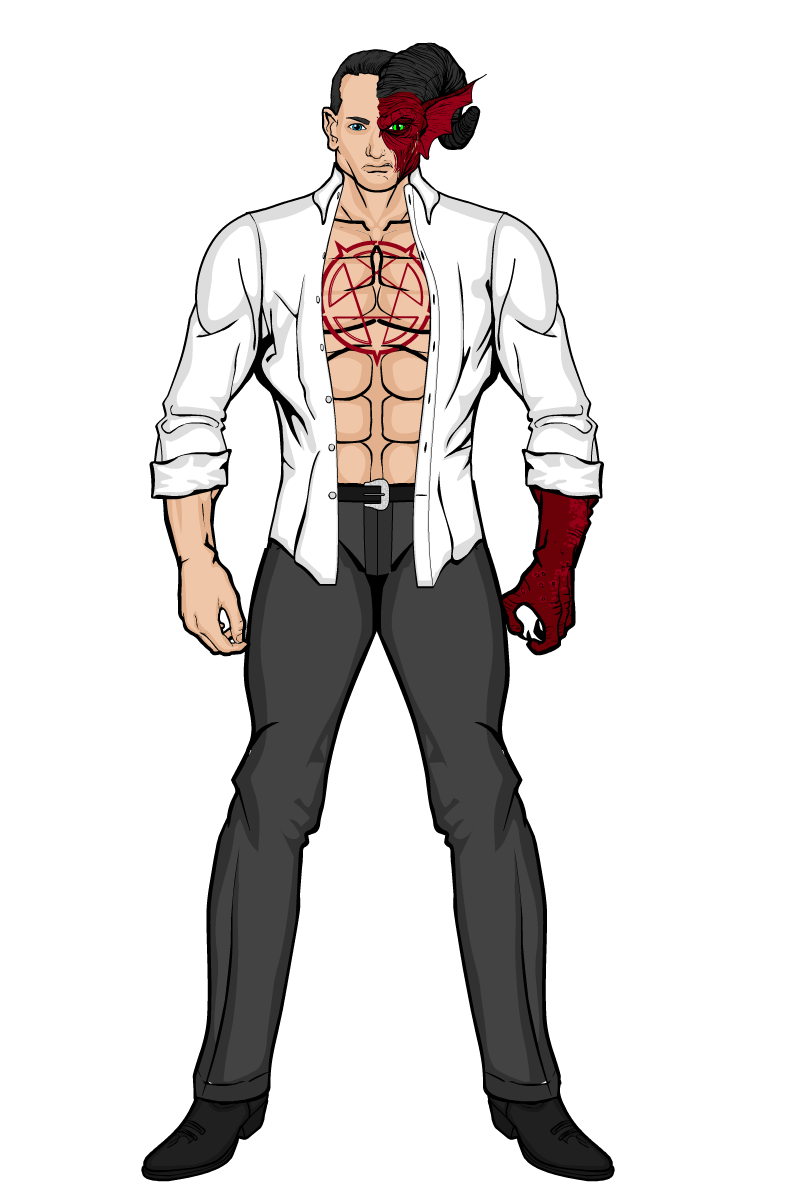 Once a respected archeologist and expert in theological history, Professor Damien Newark made the mistake of searching for the Akashic Records, a susposedly mythical text that contains all human knowledge, past, present and future. If he did find it, he paid an awful price. Now his body plays host to the demon Zarathos and, as the professor’s resolve weakens, the demon manifests its self through his flesh. Demonic possession is, as cliche as it sounds, hell. Two soulds are not meant to inhabit the same body, and when it is two souls from different metaphysical plains (in this case, hell and earth), the resulting struggle for dominance of the vessal is excruciating pain, akin to being burned by the fires of hell its self. Zarathos is generally indifferent to the affairs of men in his current state, but his fully manifested state is that of a demon of destruction, so he and Newark are watched closely by the SRC.