Shen Xia is the chosen vessel for the spirit of the ancient dragon Zufulong.

Zufulong rides shotgun in  Shen’s body offering wisdom and grants him great power in exchange for helping the dragon rid the world of evil.

As Draco, Shen was recruited into the Seekers, a team of superheroes led by Ricochet. Draco was initially hesitant to associate with this team of dysfunctional heroes (Zufulong even more so) but after some time with them he begrudgingly grew to like them. Hell, after a number of years together he even considered them family.

Unfortunately, that only made the heartbreak so much worse when two of his teammates died in the line of duty. This tragedy eventually led to the rest of the team disbanding. Some, like Ricochet, continued to fight the good fight as solo heroes but others decided it was time to put the masks aside and try to live a normal life.

Draco was one of the latter.

Zufulong was furious about Shen’s abandonment of their mission and threatened to take full control of his body. Shen eventually managed to calm the dragon and Zufulong accepted his old friends decision. Zufulong left Shen to his life and it seemed the world would never see the hero Draco again.

Years passed and Shen did manage to build himself a life free of the shenanigans of superheroes and dragons. He married and had a child. Everything seemed perfectly, blissfully normal.

Right up until the day he had a horrific vision of his wife and child dying.

Terrified by this vision, Shen sought out Zufulong in the hope that the dragons powers could stop the nightmare he foresaw from coming true.

The old dragon wouldn’t easily accept Shen’s return however and made him swear on his family that he wouldn’t abandon the mission again. That they would only be separated again when Zufulong decided it was time.

Shen accepted the deal and Draco was reborn.

Shen has so far managed to keep his family safe from every danger but a lingering sense of dread still lurks in his mind and he simply can’t shake the feeling that something terrible is coming. 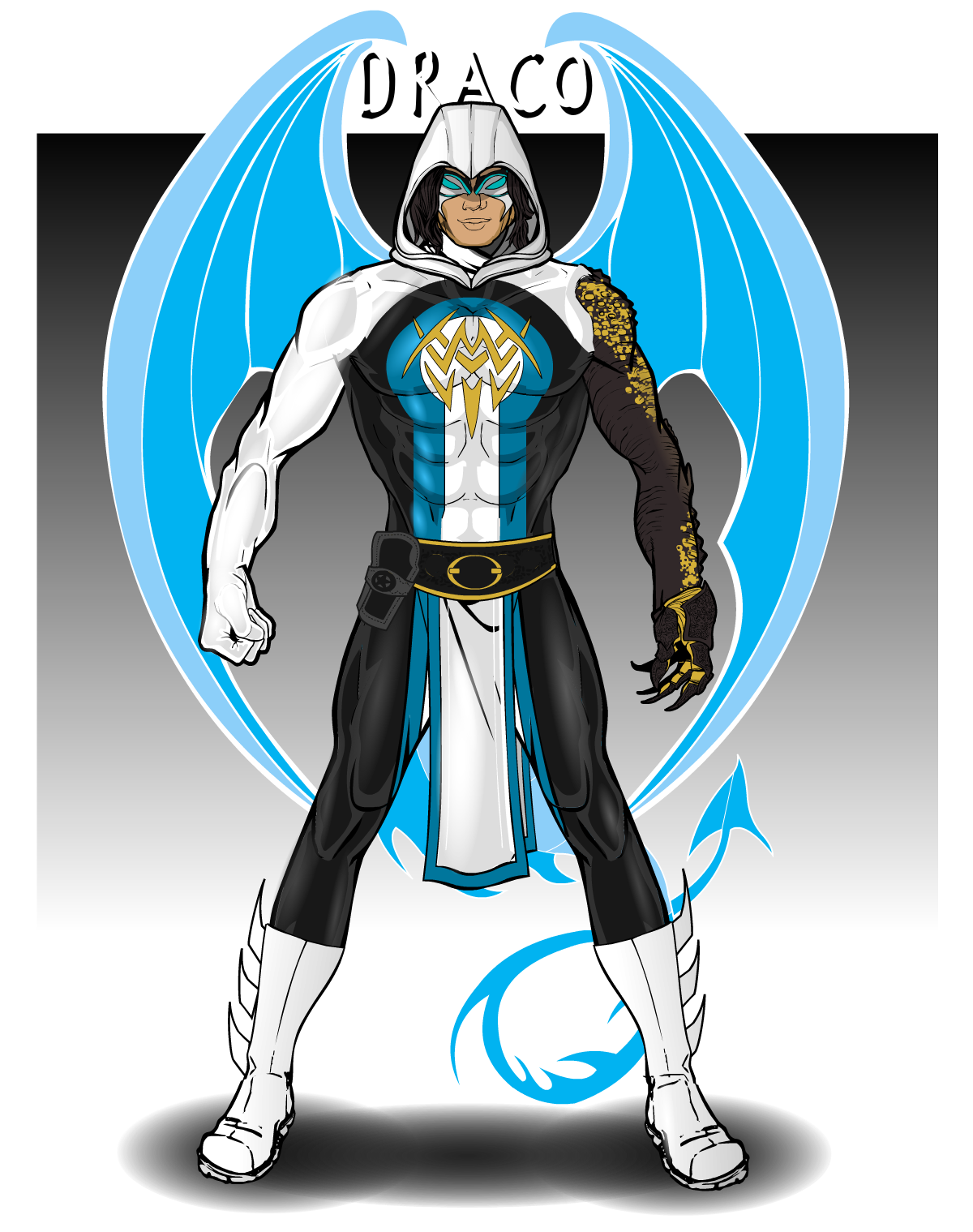