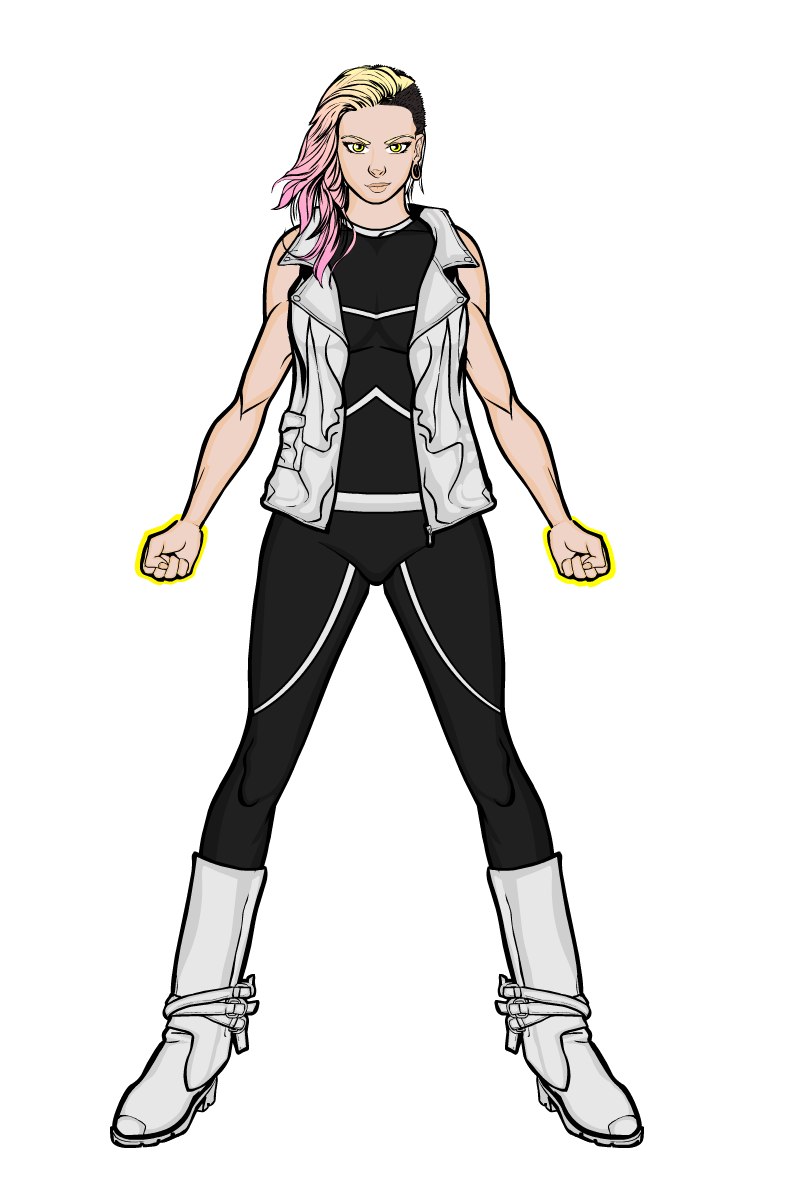 When her sister Maria (also known as the superhero Andromeda) went missing, Casey Langley not only lost a family member, but also her best friend. She idolised her older sister growing up and when her own latent superpowers began to show (she can supercharge objects through touch, the more force she puts into the contact the more supercharged the object she is touching becomes, to the point that her punches have explosive power), she dreamed of becoming a hero just like her sister. But then her sister disappeared and Casey’s world fell apart. All she ever heard was how people where sorry and how they couldn’t talk about what happened, all she needed was closure but nothing was forthcoming. And that made Casey angry. She began to use her powers to take out her frustrations on anybody she came across who might be commiting a crime, not matter how minor or even if they were actually commiting crime or not. Of course, this got her a lot of attention, not entirely good attention. Eventually, she was approached by Paragon, one of her sisters old teammates, who offered to take Casey under his wing and teach her what it means to be a true superhero. Casey agreed as she thought it would lead to her finding out what happened to her sister, but Paragon had other ideas and now Casey is being dragged along on a road trip around the world that’s part philosophy lecture and part disaster movie, accompanying a man who is the most powerful person on the planet but who refuses to lift a finger in his own defence. Sometimes Casey wonders why she’s doing it, but as Paragon says “there’s always a bigger picture”.