Demetrius Roth used to be a highly respected journalist until his greed got the better of him. A  skilled investigator like Roth always managed to dig up dirt on people who would rather keep it hidden. He initially used his investigative skills to further his career as a journalist but realised that he could do so much more.

Deciding that he could make a small fortune from blackmailing people into paying him huge sums of money to not reveal their dirty little secrets, Roth took inspiration from the multitude of masked heroes and villains around these days and crafted himself a new identity.

The dapper clown Scandal began terrorising wealthy individuals and businesses. Celebrities and big shots. Money bags and tycoons. If they had a secret that they didn’t want anyone to find out, they would pay up or face the consequences.

Scandal hired a number of goons to be his muscle should anyone think that taking him out would be a quicker solution to their problems but this sociopath ensured that he even had enough dirt on his own people to keep them loyal.

Eventually he even started to blackmail a number of masked heroes by threatening to reveal their secret identities to the world. It was around this time though that Scandal finally got a taste of his own medicine. In the middle of trying to intimidate Olympian into working for him, Roth’s own identity was released to the public by another hero with a similar way of doing things,

The vigilante Secret also liked to reveal the dirty little secrets of others but Secret had a much better moral code and only targeted those who hurt other people. Secret happily released Scandal’s identity to the world, knowing full well that the other man didn’t care who he hurt in his grab for money and power. Demetrius Roth’s entire life was over before he even knew what hit him. Fired from his prestigious job and a warrant issued for his immediate arrest, Roth finally understood what he had been putting everyone else through for years.

He still didn’t care but he understood it.

Scandal was finally locked away but not before Secret managed to get his hands on the clowns files, adding them to his own.

Scandal has spent almost two years in prison now, stewing in his hatred for Secret and he has vowed to destroy the pretentious little upstart as soon as he can make his escape. So far he has failed in both those things but he assures his terrified cellmate that it’s only a matter of time. 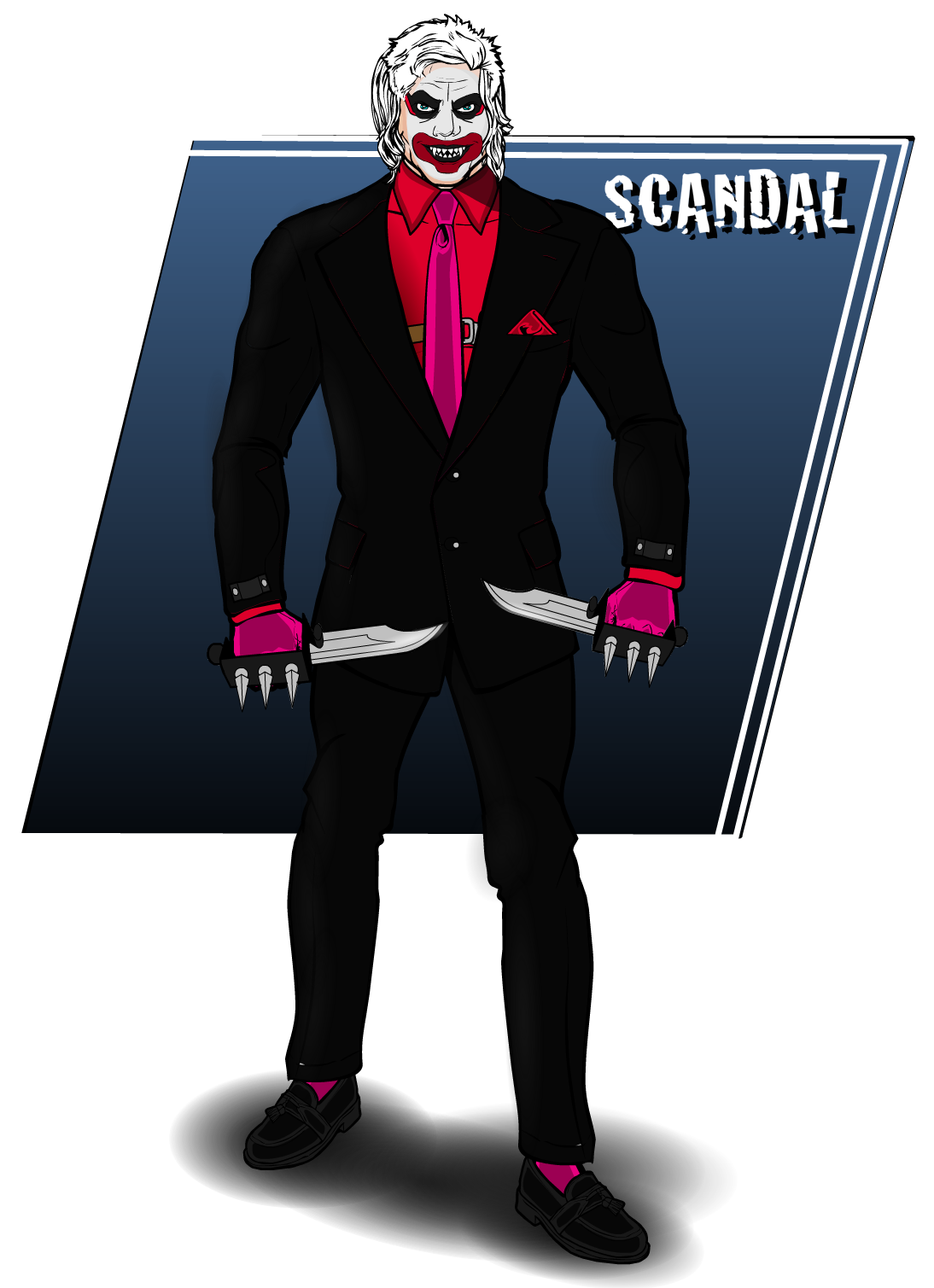