There are a lot of insect people in the world now. Some of them transformed into winged but still ostensibly human beings. Orlin Zehr was not so lucky. He transformed entirely into an insectoid creature.

Some of them gained the power to shrink. While Orlin definitely shrunk to tiny size. He didn’t seem able to return to human size.

Both of these things made Orlin absolutely furious and so he used the one thing he had up on everyone to take the revenge he thought he was owed for his misfortune. For such a tiny being, Orlin is immensely strong. Stronger than any normal sized man. The tiny bug became a megalomaniac with the biggest case of Napoleon complex anyone has ever seen. He used his strength to bully and intimidate everyone he encountered, including a number of masked heroes, on his path to his grand goal of world domination.

When the media caught wind of this diminutive despot they dubbed him Dust-Mite. This mocking moniker only enraged Orlin even more but he wouldn’t let them get the better of him. He decreed that instead of Dust-Mite, he would be known as Dust-Might!

The fact that these two words sounded exactly the same when spoken aloud seems entirely lost on Orlin and whenever anyone misspells his name he goes into a blinding rage.

Orlin’s plans for global domination haven’y quite succeeded yet but it’s surely only a matter of time before the world trembles before the mighty Dust-Might! 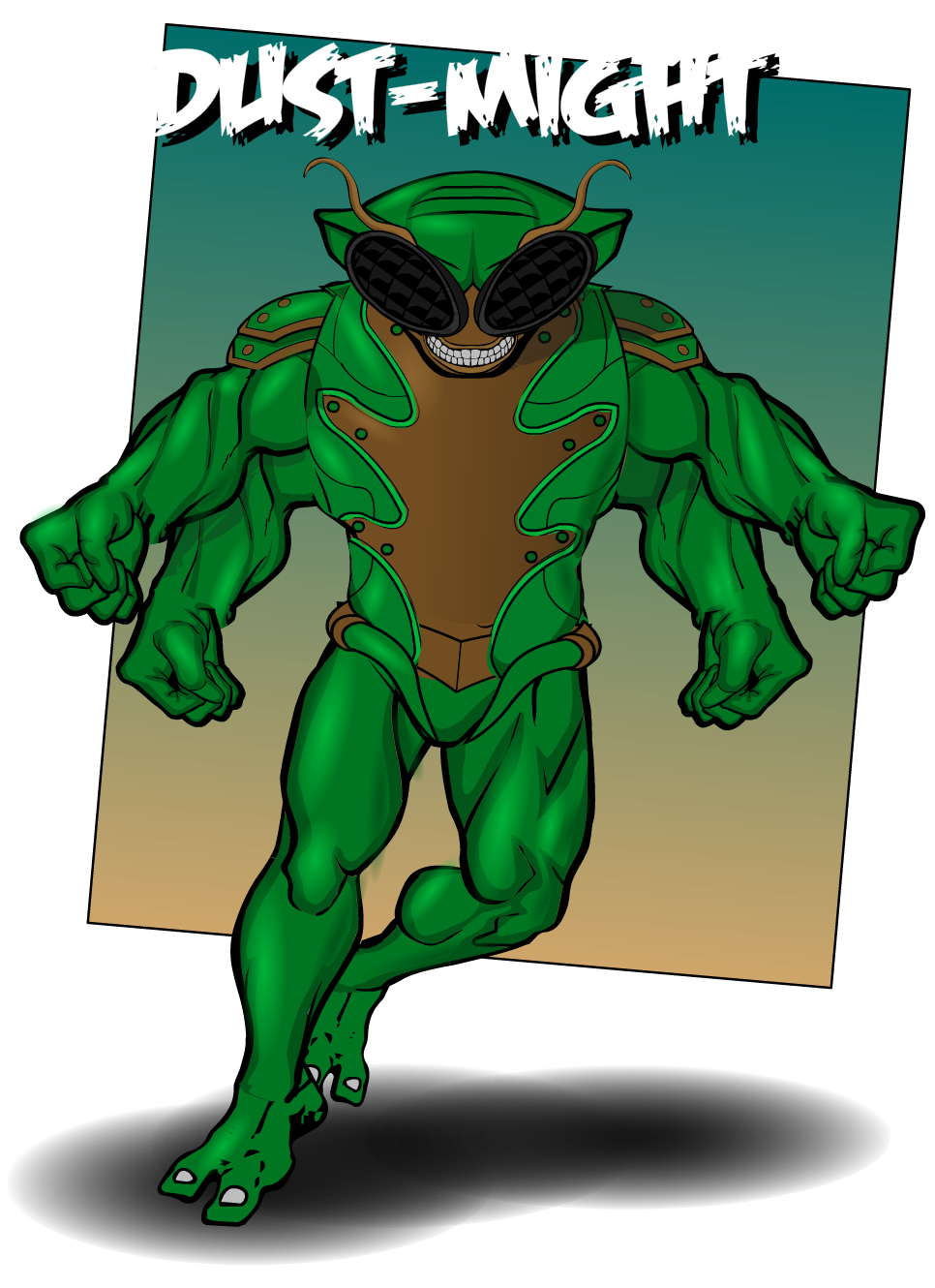