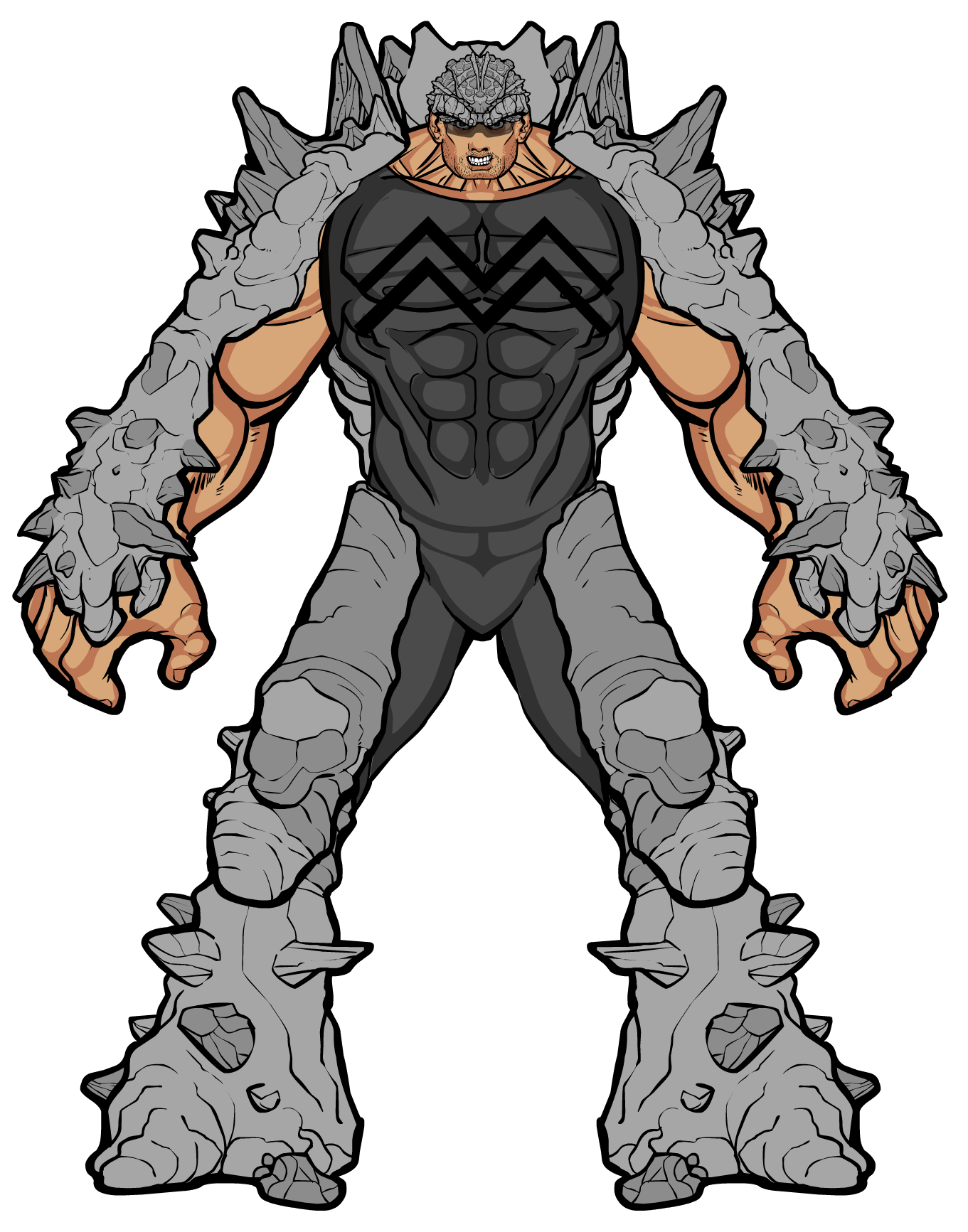 Born with a very striking superpower, Andrew Everetts is not only super-humanly strong and increadibly tall (standing at well over 8 foot at last measurement), he also has the rather unique ability to grow a rock-like substance across his body. Not only does this give him a noticable boost in offensive power (after all, it’s bad enough getting hit by someone who is super strong, let alone someone who is super strong and whose fist is essentially a boulder), but also gives him amazing defence as well, due to his rocky exterior being almost impervious to anything other than explosives. Everetts mostly works as muscle-for-hire for various criminal gangs and super villains, but he’s not adverse to pulling a job or two on his own, and he has notable form against a number of superheroes. He’s beaten Red Kite on a number of occasions and has fought the entirity of Team Supreme to a draw without any back-up, but most note-worthy was the time where he put King Hawk into a coma for a month, an impressive feat considering that the twins are known for having some of the fastest working healing factors of any superhero and have survived being dropped from around 100 feet up a skyscrapper before.