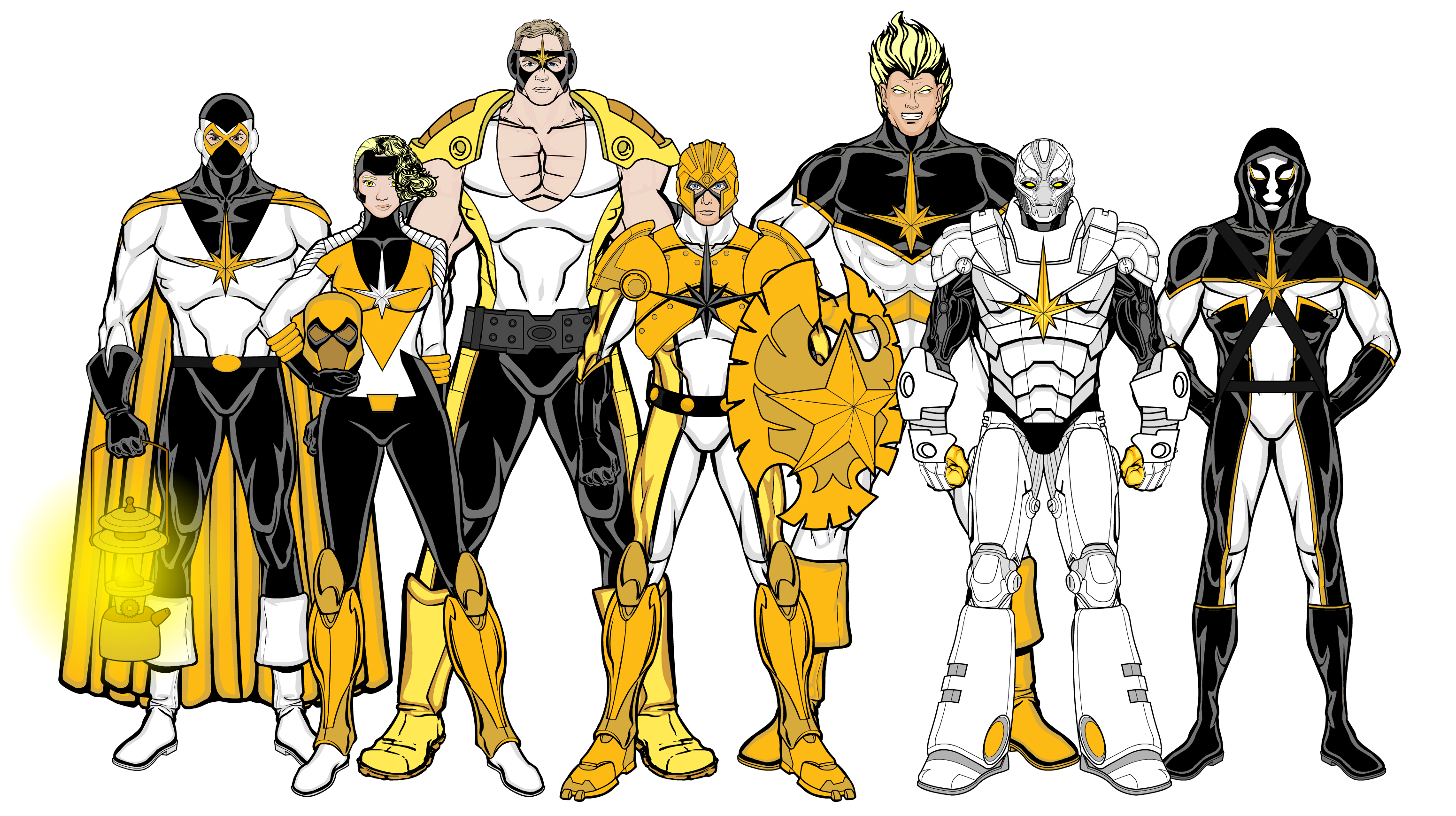 When the superhuman boom first occured after “The Moment”, W.I.L.D decided to put together a team of superheroes to monitor and police the emergant superpowered population. This would lead to the creation of A Division. But this wasn’t the first attempt to create such a team. W.I.L.D even recycled the codename they would give A Division, “The Protectors Project”. Originally approaching Ryan Dawn, Golden Guardian of the then current version of Team Supreme, to be the team leader, W.I.L.D collected together a small group of the strongest superhumans they could find for the team. Dubbed “The Protectors”, the team would last for 5 years, battling numerous national, internation and planetary threats. However, it was not to last. The details of their last mission are classified, and none of the living team members will talk about it. All that is known is that the mission ended with The Watchman blinded, Andromeda missing and Golden Guardian dead. Mr. E would go AWOL shortly after and Goliath Man would retire from heroics althogether in the aftermath. When W.I.L.D created A Division only The Titan would return, with Paragon turning down the invitation.