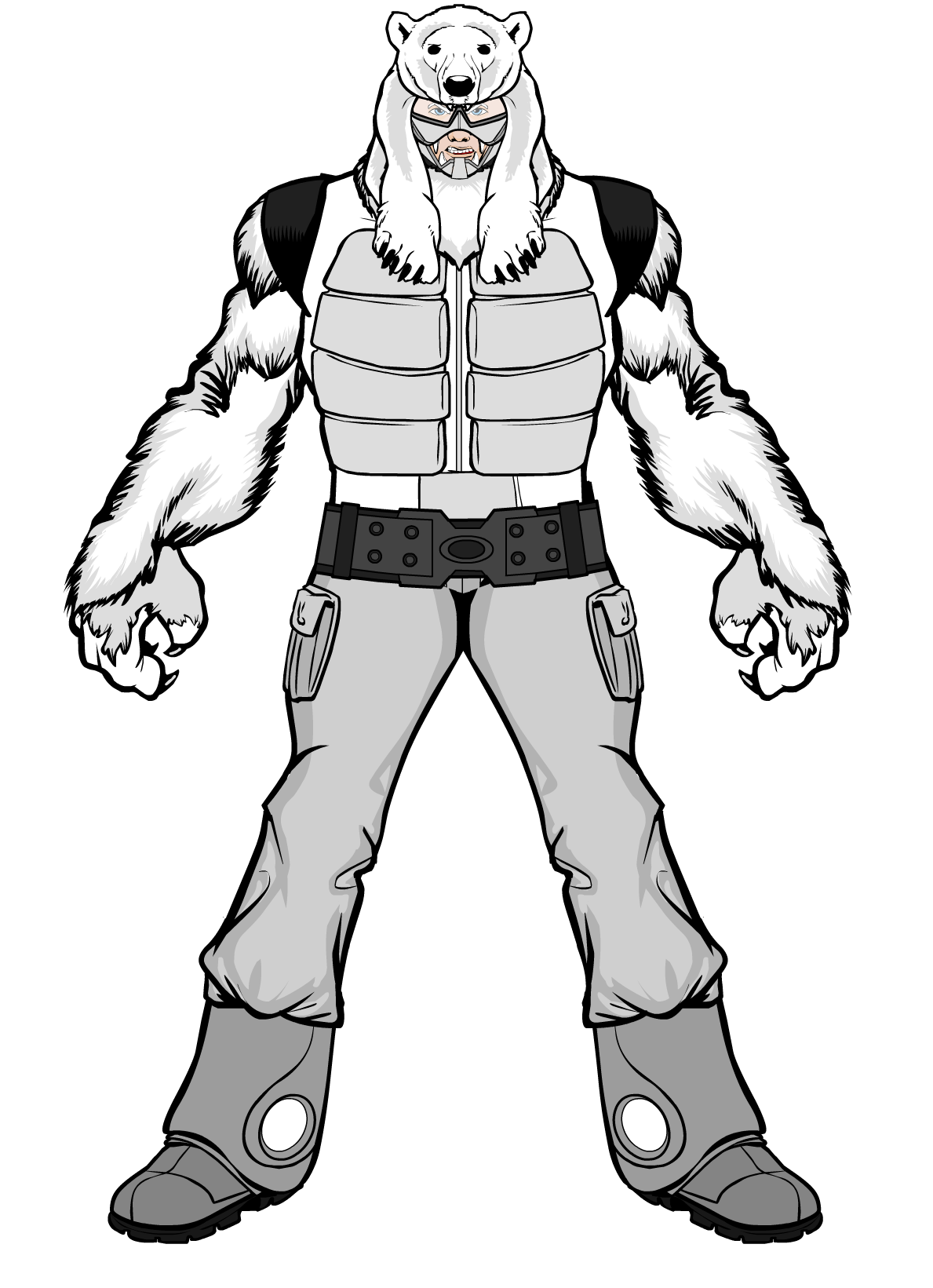 A superhuman with increadible strength and an exceptional resistance to the cold, Irving Peary was previously a climate scientist, but he now uses his powers to fight against man-made climate change and industrial ecologival damage. However, his methods (including attacking industrial instillations such as oil rigs/ pipelines and even industry leaders) have lead to him being labelled an “eco-terrorist” by some quarters and he has been forced to fight many members of the superhuman community on either side of the spectrum. He does tend to favour working with those who share his views; Inferno is a close friend, having lost family to the oil industry she shares his distain. He has also teamed up with Coldheart in the past, although this was a deception by the cryogenic super-villain in order to use Peary’s abilities to further his own ends. However, his scientific background has been useful to superheroes in the past as well. He was instrumental in defeating Sludge when the living pollutant first appeared and W.I.L.D are not above using him as a consultant whenever they have him in custody.