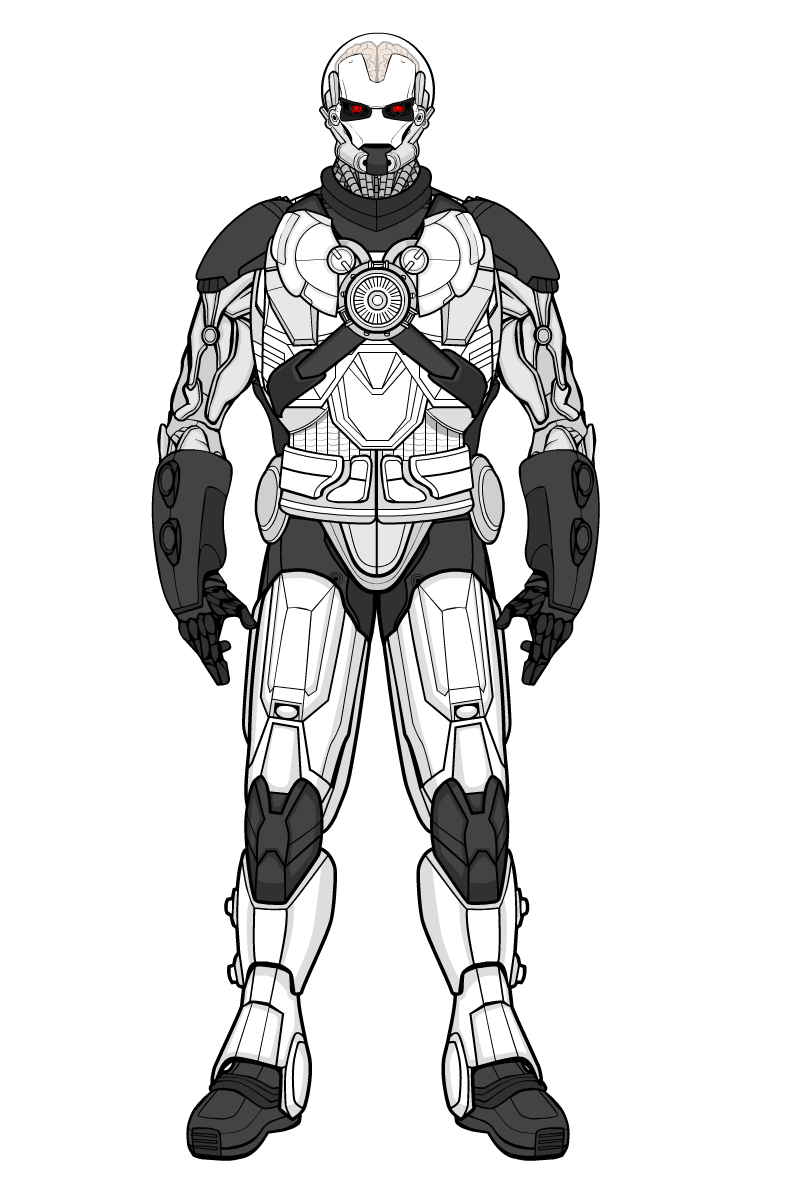 Born with both superhuman intelligence and a crippling degenerative condition that caused him near constant pain, Morris Carson spent much of his life coming up with new solutions to alleviate his suffering. Despite his massive intellect, nothing he tried worked, so he started mechanising himself. By replacing his organic body with machinery he managed to remove the pain, however, he became addicted to the surgery, eventually becoming just a brain in a robotic body. Now impervious to pain and with strength and endurance far surpassing a normal human, he has set his sights on a new goal; to remove human weakness by converting everyone into cyborgs like himself.