Flynn Shaw’s entire life has been one long fight. All throughout his childhood, he was always getting into trouble for starting fights with other kids over the smallest thing. He seemed to just be looking for excuses to fight wherever he could find them.

After finishing high school, Flynn immediately joined the army where he served with distinction for years and earned a reputation as the best damn soldier around. Flynn served in multiple wars even before Jupiter informed him of his history as the god of war. While some may be surprised to learn that they were in fact an ancient god reborn into a mortal vessel, Flynn took the news in his stride and quickly reclaimed the ancient name of the god Ares. It seemed obvious to him that he was the god of war once someone else said it.

While no longer an active soldier, Ares is now the head of The Mortal Gods security forces and he jumps at any opportunity to enter battle with super powered morons who don’t know any better than to tussle with him.

Ares is the heavy artillery of the gods. The one they throw at problems that can’t be solved with words. A human tank who relishes battle. Unfortunately for the other gods, if Ares lust for battle isn’t satiated, he often picks fights with them. Eros and Mercury are his favourite targets as he considers them weak and in need of toughening up. He doesn’t dare start a fight with Athena though. Not after the last time.

Ares is the strong backbone of the Mortal Gods but he’s also a temperamental lunatic and if anyone pushes him too far (his fellow gods included) he’s likely to snap and no one wants to see the war god truly angry. 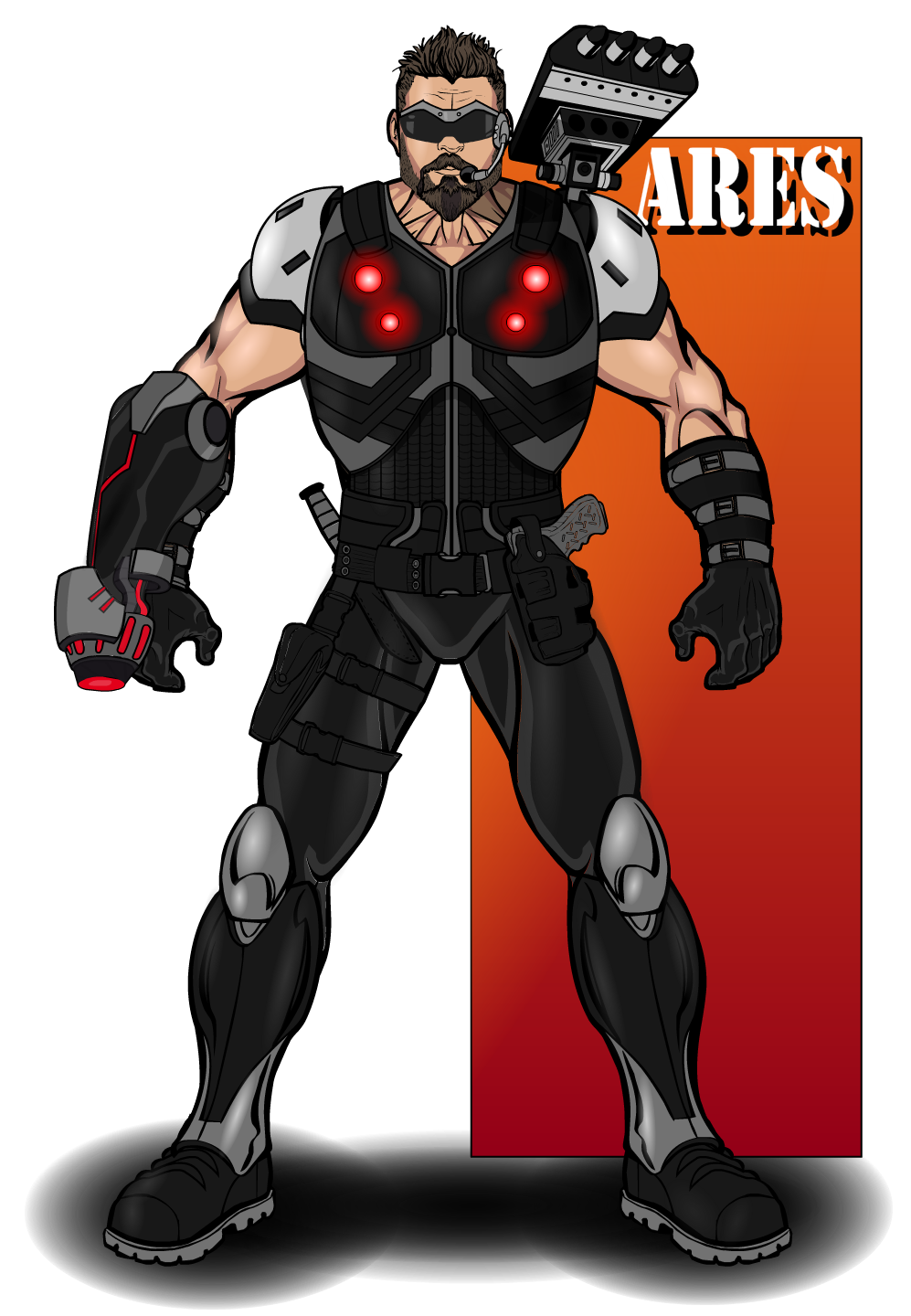